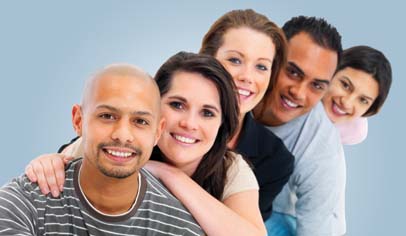 How do you feel about people who don't get involved?

What do you think of the parents who don’t volunteer as much as you do? How does your group communicate with those parents? What messages do you send?

An underlying challenge for nearly all parent groups is the subtle conflict between the leader types who believe all parents should be actively engaged with the school and the average parents who—for any number of reasons—choose not to make school volunteering so central in their lives.

Yes, some parents wrongly generalize that we leader types are nuts or are self-aggrandizing, busybody know-it-alls with too much time on our hands. But do we do the same thing? Do we openly or subtly imply that parents who don’t jump in with both feet are lazy or uncaring?

Both are equally wrong, but we can only control our own actions as leaders on this front. How you effectively bridge this involvement divide is an important factor in growing the number of parents connected to and active within your PTO.

The fact is that a great parent group and a school with strong parent involvement doesn’t need 175 crazy volunteer leaders. That would be as unworkable as the group that has no volunteer leaders at all. We sometimes act like we wish everyone was as into PTOing as we are, but is that really what you’re after? I don’t think so. We have to stop acting like it is.

The best groups do have a core team of leaders who choose to do a ton of work and get enthusiastically into the job of organizing and promoting involvement at the school. And there’s often another level of parents who maybe don’t hold leadership positions and don’t chair anything but who reliably help out with shifts here and there. Hopefully, there’s a third group of parents who don’t necessarily volunteer but who—maybe even because of your group—are connected well to the school, attend your family events, and work hard to support their kids’ education.

Your goal isn’t to make all parents just like you. Your goal is to make your school a great place for the students. That’s a key difference.

Your best bet is to assume that all of those parents who aren’t really into your group are staying away for good reasons, not bad. The worst thing you can do is start preaching or laying guilt on parents who aren’t as committed to the school as you are. That’s a surefire way to cement any negative assumptions some parents may make about PTO and PTA leaders. And it’s also the very worst way to grow involvement and add new volunteers.

It turns out that assuming the best also often proves to be accurate. Were you volunteering like mad when you had three kids at home younger than 5? Would you be running the PTO if you had to work two jobs to pay the mortgage? Would you be a bad person if, instead of running the PTO, you were committed to organizing the annual cancer walkathon? What if you had to step back for a year or two to care for an ailing, aging parent?

Involvement victories come from meeting parents where they are; celebrating and serving those who do what they can for their kids, your school, and your parent group (in that order); and systematically growing the number of parents connected with your group and reducing the number who aren’t connected at all to the community that is your school.

If parents aren’t connected at all, can you get them attending something, anything, or can you help them support their children in some way? You don’t need them to be you, but you’d love to help them help their kids. That’s the goal, right? Similarly, if there are some parents who seem to be getting more and more into the school, can you help them move into a more senior volunteer role without overwhelming them? Maybe they are the parents who will be you someday.

That’s the realistic approach. It’s also the type of positive attitude that attracts parents to your group rather than turning them away.