What I Learned From the PTO 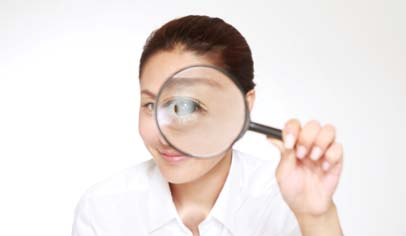 You learn a lot of things as a PTO leader. Things like how to run a spaghetti supper and where to find a roll of tape in the front office. But that’s not all. As leaders reflect upon their time in the parent group, many find that they’ve learned a great deal about working with people.

What’s more, they say these lessons are now helping them in all facets of their lives, from handling children on the home front to fine-tuning their professional skills.

Reaching Out to Everyone

When Cara Moroze joined the James G. Blaine Elementary PTA in Chicago to handle the group’s communications, she thought she had it covered. After all, she is a public relations professional and had earned a living handling the messaging for corporate clients.

Instead, she discovered a whole new dimension to communications, one that must take into account a variety of needs, personalities, and points of view. She also was reminded of the power of one-to-one communication.

For example, when the Blaine PTA was planning its annual film festival, it sent out the usual emails, website announcements, and even Facebook and Twitter messages to recruit volunteers.

But then one day while waiting at the school at pickup time, Moroze bumped into a fellow parent who runs a nonprofit arts group. Before long, they were talking about the upcoming film festival and the two parents agreed to figure out a way to offer free art workshops in conjunction with the festival.

“This chance encounter quickly turned into a longer, more involved collaboration,” Moroze says. “I have found the most effective way to find dedicated volunteers has involved real conversation.”

Moroze says her work with the PTA has also helped her learn and appreciate just how diverse a school community can be. As a result, the group has tried to accommodate the many different interests by offering a variety of events, knowing that one size doesn’t fit all. With the film festival and free workshops, kids with artistic interests tend to draw their families to the event, Moroze says.

The PTA also runs a soccer fundraiser, called Bend It Like Blaine, which offers parents and kids the chance to play in a number of tournaments over the course of several weeks. It draws a diverse cross-section of people from the community.

A key lesson for Moroze: “You are not working with one type of audience,” she says. “There are so many personalities, parents from every imaginable industry, children of varying needs. You have to look at a situation from different angles and include everyone.”

Parent group leaders need to make a lot of decisions. And because those decisions affect an entire school, it’s inevitable that differences of opinion will arise. Before you know it, what seemed like a small disagreement over what refreshments to serve at kindergarten graduation can turn into a big headache.

“What can happen—and I’ve learned this lesson—is emotions can run high because this is about our kids. So, the best thing you can do is not get pulled in,” says Michelle McCorry, PTO president at Admiral Byrd Elementary in Elk Grove Village, Ill.

She discovered that when a parent digs in his heels on an issue, the best way to prevent an escalation is to try to find some common ground rather than try to change the person’s mind.

“I think some people want to be right at all costs,” McCorry adds. “So you need to pick your battles.”

As copresident of the Spann Elementary PTA in Summerville, S.C., Mike Mellott says he has learned to be more patient and to be more “in tune” with different points of view.

“This is our child’s future,” he says of his experiences with the PTA. “To be able to be part of a group and relate to all the parents, that’s definitely a lesson. It’s to try to be aware of others’ feelings.”

Denise Currie has learned so much about working with people during her tenure as PTA president of the Oaklyn (N.J.) Public School PTA that she says it has been “like an intern-ship on learning management and leadership skills.” In fact, she added her PTA experience to her resume.

One lesson was to gauge how much direction volunteers might need in completing their tasks. She identified the “very organized people that you can just count on” as needing little management, while a new parent is often someone who wants to be involved in the PTA but sometimes needs a little direction.

“I learned how to bring out the best in them,” Currie says.

“At first I was baffled by how many people turned things in late,” Clapham says. “I thought everyone did things as soon as they received them. We realized how people are juggling so many things.”

This led Clapham to sharpen her skills at deliver-ing the “gentle reminder” to encourage helpers to get their jobs done without pressuring them. “Volunteers don’t want to answer to a boss,” she says.

Andrea Frank, PTO president at Westside Elementary in Reedsburg, Wis., says she has learned the truth behind the cliché “you can’t judge a book by its cover.” In working with many parents, she found that what we assume about others often isn’t accurate. For example, there were times when she wondered why a parent didn’t volunteer for something only to discover that the parent wasn’t dodging the group, she had instead never been asked.

Frank says she has learned to accept that not everyone will agree with her or be happy with the choices she makes. She recalls one particular run-in with a parent that had her so shaken, she ended up in tears and even told the principal that she couldn’t continue in her role. Then, she decided to look at things from this parent’s point of view.

“[The parent] felt as though the PTO wasn’t listening to her and I had a problem that she hadn’t come to meetings,” Frank explains. “Over the course of the summer, I tried to get to know her. Things have gotten better.”

“It is hard,” she adds. “I feel like you cannot please everyone. I have had to learn to relax and let things go.”

What helps is to develop a strong support system, which in Frank’s case includes some teachers, to smooth out the rough patches encountered while running a parent group.

But Frank says she’s taking these lessons and applying them to all aspects of her life. For instance, she has more recently gotten to know one of her neighbors. “I didn’t know them well and I wondered if they were standoffish,” she says. “But it’s the same concept [and now] we are getting to know them.”

Laugh and Learn From Mistakes

Parent groups can impart profound and beautiful life lessons to their volunteers. And they can zing the occasional “gotcha!” lesson to leaders as well. Here are two examples:

What’s a pizza pie? Mike and Stephanie Mellott, a husband-and-wife team on the PTA at Spann Elementary in Summerville, S.C., originally hail from the Northeast. So when they drafted a flyer about an upcoming pizza night, they listed the per-slice and per-pie price. The problem was, many of their Southern neighbors had never heard of a “pizza pie” and contacted the Mellotts to find out whether they were offering apple or cherry pie. “When you are doing flyers, make sure you use the language of the region you are in,” Stephanie says.

Contact information would be helpful. Parent group leaders tend to put their heart and soul into their initial information packet that goes out to parents at the start of the school year. That is just what Denise Currie from the Oaklyn (N.J.) Public School PTA did. But she overlooked one small thing. “I went into so much detail about our interest in communicating to parents and asking for their help that I ran out of room and actually forgot to include an area on the form where parents could list their email addresses,” Currie recalls. “What a way to start off the school year!”