School budget cuts have hit music programs hard, from instruments going without repairs to schools losing elementary strings programs. Fortunately, many parent groups have stepped up to bridge the gap. Some PTOs play a vital role in supporting school-centered programs by paying for teacher time, instruments, or sheet music. Others build on district-funded programs by bringing in cultural arts programs or free performance opportunities. From the basics to the extras, PTOs want kids to have music in their lives. Here’s what some are doing.

In Seattle, the Friends of Salmon Bay, the parent group for the K-8 Salmon Bay School, funds the entire cost of the elementary vocal music program, which wouldn’t exist without parent support. Jodi Russell, FOSB elementary chair, says parents think it’s valuable because “besides exposing kids to vocal music, the program also builds community by reinforcing themes of friendship and social justice and promoting the social and emotional health of the school.” These intangibles benefit students for life.

The group spends $22,000 for the vocal music teacher. Each class has vocal music once a week, and all K-5 kids meet on Friday mornings for a half-hour community sing-along that includes parents and siblings.

FOSB also supports its middle school instrumental program. New this year, FOSB paid $8,000 for extra staff time so the instrumental music teacher could offer more individualized instruction to students. In addition, the group provides support for music and drama production costs, such as vocal and instrumental music, as well as funding for instrument repairs, piano tuning, and supplies in the yearly budget.

Like Salmon Bay, the parent group at Frank Black Middle School in Houston plays an essential role in the school’s music curriculum. “Music is an important aspect of a student’s life and the human experience, and we believe music helps build a better school and student,” says PTO president Dawn Butterwick.

Frank Black was at risk of closing in 2011 because of low enrollment. When the school converted to a talented and gifted magnet school in fall 2012, the band program had to start from scratch. A new infusion of parents worked to establish an exceptionally active PTO and raised funds to donate $2,000 for much-needed band instruments, as well as $1,500 toward a new sound system in the school theater. With PTO support, the school now has beginning and advanced band programs that are continuing to expand as enrollment grows.

“The band and students have grown tremendously,” Butterwick says. “This is coming from a school that had no band just a short couple of years ago. It is amazing to see the progress and growth in such a short time period. We have many different types of students at [Frank Black] from varied social and economic backgrounds, and this band program exposes children to a world of music who might not have had the opportunity to pursue this dream.”

Parent groups don’t have to make music a major budget item to make a difference. Some activities expose students to music by promoting student performance or enabling them to attend a performance elsewhere for little or no cost.

At Adams Elementary in Seattle, which has a full-time music teacher and a part-time instrumental teacher, the school’s popular extracurricular choir is a key musical focus, and parents say it offers valuable music exposure to kids. Available to 3rd through 5th graders, it has grown from 30 to 70 participants in the past two years. The school’s music teacher volunteers his time two mornings a week before school, and the PTA’s budget pays for music selections and the piano accompanist. Without teacher volunteer time and PTA support, the choir would not be possible.

The Musical Mornings program at Mason-Rice Elementary in Newton, Mass., gives students the opportunity to perform vocally or with an instrument before a school audience. The musical performances kick off the Principal Star assemblies held a few times each month, during which the principal recognizes students for positive everyday achievements.

“Musical Mornings was started about 12 years ago by a parent who was a professional musician and wanted to encourage musical kids to share their talents with each other and practice performing in front of a friendly audience,” says Musical Mornings coordinator Laura McTaggart. Typically, one or two students perform at each assembly, playing or singing a short piece of music, solo or as a duet. The program is popular, with some 50 to 60 kids performing each year, so students sign up in advance and usually only get to perform once a year.

Over the years, the PTO has kept the program going by recruiting a coordinator each year because kids love it, and it’s become an integral part of the school culture. “What I love about this program is that it’s a welcoming, low-pressure way for kids to enjoy playing and listening to music,” McTaggart says. “The variety of performances is astounding—some kids play very advanced piano and violin pieces, while others barely get through ‘Mary Had a Little Lamb’ on the recorder. Each performance is received with thunderous applause.”

It’s a simple program and easily run by one volunteer. McTaggart says a school simply needs a reason to gather, a large space with a piano, and willing participants.

Another way to interest young students in music is to have older students perform for them. Elementary school PTOs in Natick, Mass., bus 3rd graders to the high school to hear the band perform each year. As part of the performance, the high school students take a moment to introduce their instruments and talk about them with the younger kids.

The field trip came about when the high school brought the idea to the town-level cultural arts parent group, which includes representatives from each of the town’s PTOs. The group meets monthly during the school year to collaborate on ways to expose kids to the arts. “Collaboration with the other schools in our town has been invaluable, especially when trying to find ways to expose students to music,” says Krissy Fernandes, PTO cochair at Bennett-Hemenway Elementary.

The Bennett-Hemenway PTO also invites the high school band to perform at its annual family picnic to further stoke interest in band. And this year, the PTO is bringing back a talent show to showcase kids’ musical, dance, and theater performances, a popular event in the past and another inexpensive way to expose children to music.

PTOs play a pivotal role in enriching kids’ music experience with extracurricular programs like field trips, workshops, and assemblies. But the benefits go beyond mere enrichment. Bennett-Hemenway’s PTO leaders believe that creativity and arts education are essential for a child’s achievement and success, now and in the future. The arts also play an important role in reaching kids at risk of failure, giving them tools to interpret their experiences.

Bennett-Hemenway’s school-level cultural arts program brings in top-notch performances four or five times a year—with a lot of behind-the-scenes work. Popular music assemblies have been Ball in the House, a Boston-based indie band, The Nutcracker, featuring the ballet’s well-known classical music, and Fireseed Arts, a group of artists specializing in using reclaimed junk (for this particular performance they played instruments made from recycled materials). The PTO allocates approximately $13,000 each year to these assemblies.

At Salmon Bay’s elementary level, parents pay an enrichment fee that goes toward the cost of field trips, assemblies, and some artist-in-residence performances. In the past, these funds have supported a variety of activities including guitar circle classes, African drumming performances, musical theater field trips, and marimba instruction. The PTO has awarded several mini-grants to support these programs, and parents provide volunteer support as needed.

“We know that when students have these opportunities, the value lasts beyond the actual class time spent,” Russell says. “The impact can touch a student not only creatively, but also socially, emotionally, and academically.”

As schools struggle with lost funding, parent groups are providing a crucial role in bringing music into children’s lives. Whether your PTO draws from a large resource pool or a small one, remember that any effort toward music will benefit your kids.

Studies show that exposing children to music offers them benefits both in the classroom and throughout life. In one study by Long Island University, music instruction was found to directly contribute to kids’ increased vocabulary and verbal sequencing skills. Neuroscientists have also discovered that music lessons have a lasting effect on the brain’s ability to learn by helping students develop focus and concentration that can be applied in the classroom setting.

By playing an instrument, kids also learn patience, perseverance, hand-eye coordination, fine motor control, and self-discipline, and along the way they gain self-confidence as their musical skills develop. In a group setting, they learn cooperation, social skills such as negotiation and compromise, and commitment. In fact, music classes and other musical opportunities can change a child’s school experience by fostering social skills, performance skills, and a willingness to take a safe risk.

Perhaps equally important, music is a key component of every culture and serves as a way for people to connect with each other. Music is part of being human. Plus, it’s just plain fun. 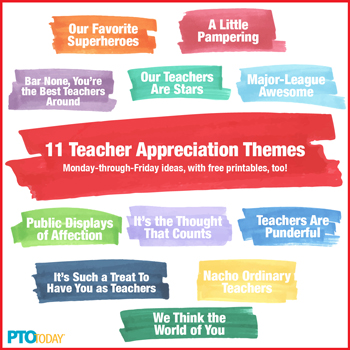