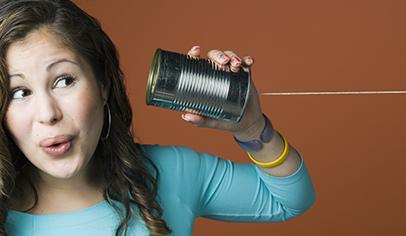 Effective strategies parent groups use to reach out to non-English-speakers.

America’s Hispanic population is growing three times faster than the population as a whole, according to the U.S. Census Bureau. The fastest-growing segment of this group is younger than 17; by 2025, Hispanic children are expected to make up 25 percent of the school-age population. And though the majority of these children are bilingual, many of their parents are not. As a result, parent groups increasingly face the challenge of reaching out to parents who don’t speak English.

The first step in effective outreach is to identify the needs of your particular parents. “There are many approaches, but which one is right depends on the group you’re trying to communicate with,” says Young-Chan Han, international family outreach specialist for the Howard County Public School System in Ellicott City, Md. Immigrant families in particular face multiple barriers because they are often illiterate in their native language, have low socioeconomic status, and have no reliable means of transportation. “For those critical-needs groups, a workshop or parent outreach in their language would be most ideal because they are so far removed from the mainstream,” Han says. “They wouldn’t feel comfortable at parent meetings. Even if there were an interpreter, they would still feel a disconnect.”

Without the ability to communicate in English, these parents can be overwhelmed by student registration, back-to-school nights, and other such events. The key to overcoming this obstacle is simple: Walk parents through the information they need, in small but detailed chunks. “You need to handhold them,” Han says. “Make sure they understand what’s going on.” The parents she works with admit that when they’re given too much information at one time, “after a while they just lose it” and can’t retain any more. She advises holding shorter sessions more often and providing a lot of explanation. “Before we give information about high school assessment scores, we explain what assessment is,” Han continues. “Before we give information about school bus consequences, we explain what a school bus is.”

Han emphasizes the need for defining relevant words and phrases. “They may not know what a lease is or what it means to bring a transcript,” she says. Terms like “freshman” and “field trip” can confuse foreign-born parents even if they speak English well. And beware the term “PTO.” Deanna Villanueva-Saucedo, who serves as the community liaison for Mesa Community College and Mesa Public Schools in Arizona, learned that lesson when translating flyers for the parent group at her son’s school. “I’m fully bilingual, but it took another parent to bring to my attention that Spanish speakers had no concept what ‘PTO’ meant,” she remembers. Villanueva-Saucedo recommends explaining that the group is an association of parent volunteers and teachers and identifying its purpose.

If parents with poor English skills aren’t attending your parent group meetings, don’t assume it’s because of a lack of interest or concern. “I have not yet met any parent who says ‘I don’t care what the school does,’” Han says. “They always say ‘I want the best for my child.’ However, something’s keeping them away. Figure out if it’s language or culture or comfort level.”

Identifying issues that are important to non-English-speakers can help draw them to meetings. To find out what those issues are—and establish personal connections—Villanueva-Saucedo suggests standing in front of the school with someone who is bilingual when parents are dropping off or picking up their kids. Then ask what they’re concerned about. One school that used this approach eventually brought in a bilingual speaker from the police department to discuss safety at home. “If you provide information that is relevant, then the school is seen as the primary source of information,” Villanueva-Saucedo says. “And then the next time, at a more typical meeting, there’s more rapport and more connections with that non-English-speaking community.”

Once these parents feel more comfortable attending events and meetings, figure out the best way to continue communicating. Some groups favor equipment that allows for simultaneous translation—an interpreter speaks into a master transmitter, and parents with receivers listen through headsets. “It really saves time,” Villanueva-Saucedo says.

The technology can be pricey, however. In Oregon, the Hillsboro School District purchased a translation system with 50 receivers for $3,745 more than three years ago. And other groups find that this equipment, though convenient, erects another barrier. Juan Carlos Araque, vice president for community investments for the Orange County United Way in Irvine, Calif., was one of the founders of the Latino Educational Attainment Initiative, created to help Hispanic parents negotiate the school system. He says parents prefer an interpreter speaking directly to them rather than through a machine.

At Madison Elementary in Mount Vernon, Wash., the PTO got similar feedback. They tried to use the translation devices but soon abandoned them in favor of longer meetings with consecutive translation: First English is spoken, followed by a Spanish translation for the entire audience. “Our Hispanic population didn’t like the earphone system of the district,” says PTO President Kelley Kirkpatrick-Berg. “They felt excluded from the meeting.” Grady Middle School in Houston has found a middle ground: A Spanish interpreter sits with a small group of Spanish-speaking parents during PTO meetings and quietly translates.

Still, non-English-speakers usually appreciate any efforts to reach out in their own language. Some groups using the translation equipment find that mixing it up can be beneficial; sometimes, for example, the meeting might be conducted in Spanish, with all English speakers listening to an interpreter through the headsets.

Viewpoints also differ about who should do the interpreting. Some experts believe that hiring a professional interpreter is best. “I discourage using bilingual staff or parents,” Han says. “Educational jargon is not that easy to interpret; it’s not straightforward.” Groups looking for a professional can ask district administrators for references or consult the online directory from the American Translators Association. The costs vary depending on where you are. In Maryland, interpreters charge $15 to $25 per hour, Han says. The range is $30 to $50 an hour in Oregon, according to Saideh Haghighi, Hispanic outreach coordinator for the Hillsboro School District.

If you opt for volunteer interpreters, check with your school district first; areas with diverse populations may have hired personnel to reach out to parents of children with limited English proficiency, one of the requirements of No Child Left Behind. In addition, bilingual parents might welcome the invitation to use their special skills to serve the school. Other resources include bilingual students from the National Honor Society at the local high school—they’re required to accumulate community service hours—and foreign-language majors at a nearby university. Or ask older children of non-English-speaking parents.

“A lot of these kids speak English,” Haghighi says. “They are interpreters for parents, for the most part with doctors or dentists. We’ve done this in the past where no one was available or we didn’t want to shell out 60 or 80 bucks. Just call the oldest child and ask ‘Would you like to come as an interpreter?’”

Translating print materials presents a different challenge. Once again, check with your school and district, which may as a matter of policy translate all documents sent home to parents. If these services are available, allow for plenty of turnaround time. At Grady Middle School in Houston, office staff usually do the translations for the parent group. “We have to be flexible,” says PTO President Becky Porteous. “Flyers should be [turned] in one and a half to two weeks ahead of time.”

Professionals such as those listed in the American Translators Association directory charge by the document, by the word, or based on the amount of time required. Haghighi offers an estimate of $20 to $25 per document.

There are free computer-translation services online, including Google’s language tools and AltaVista Babel Fish, but because they translate literally, they aren’t reliable. “Words are translated correctly, but the meaning is totally lost,” Haghighi says. “I personally would not recommend that.” Efforts are under way to improve automated translation. IBM, for example, has introduced software called Traducelo Ahora! through a grant program to 50-plus schools. Even this software, though, warns about the limitations of automated translation. If you do rely on computerized translation, use simple sentences and pay special attention to word order and accent marks, as well as conventions in capitalization, punctuation, and spacing. Be mindful of regional differences among speakers of the same language. And have the final product edited by someone who speaks the language.

To involve non-English-speaking parents, you might also focus on what they can do for the school community, how they can contribute in a valuable way, rather than what you can do for them. “Approach them in a way that makes clear you want to get to know that community,” Han says. “Don’t say ‘We have something great to offer you.’ Instead, ask ‘How would you advise us so we can communicate effectively and work collaboratively?’”

Such outreach can result not only in participation but also in leadership by Hispanic parents and those from other cultures. At Northwest Middle School in Salt Lake City, 60 percent of the students are Latino and 29 languages are spoken by the school’s families. PTA President Naomi Contreras conducts meetings in Spanish assisted by an English interpreter, and she regularly calls other Hispanic parents to encourage their involvement. “I explain what the PTA is and say ‘We need to see you in the meetings,’” she says. “Some people like that.”

Don’t assume that non-English-speaking parents don’t come to meetings because they don’t care.

Do figure out what barriers are keeping parents away.

Don’t give too much information at once.

Originally posted in 2007 and updated regularly.

# Mark 2008-05-15 12:43
I think the author makes a very valid point with the many strategies there are to fix this issue.
# Chris 2010-07-19 18:01
Some very interesting points.
# Piero 2010-07-19 18:24
I agree with you when you say don't assume that non-English-speaking parents don’t come to meetings because they don’t care...
# Cindy O'Connor 2010-08-23 02:04
I think the idea of conducting some meetings in Spanish and letting the English-only parents experience the translated version is a powerful tool that might be an eye-opener to the real need to make everyone feel included.
# Elizabeth 2011-09-12 18:07
This was a very interesting article with many valid points. It confirmed what I believe (30+year principal). However, I am curious about the list of recommendations at the end. Since there were various strategies for empowering parents, I am wondering why the following appeared under the Don't LIst: “We want you to help us.” and the following was in the Do list: Say “We want to help you.”

Any feedback you can provide will be much appreciated.
# marcia 2012-06-11 20:45
Great article. I also think it's very important that your parent group officers reflect their student population. If 50% of your student body comes from Spanish speaking families, then you should aim for 50% of your officers being bilingual in English/Spanish.
Refresh comments list
RSS feed for comments to this post