Raise School Spirit and Keep It There! 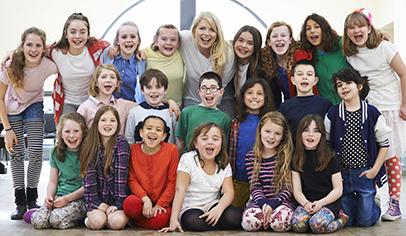 Inspiring a sense of pride in the school community can get students more engaged and parents more involved.

School spirit is about a lot more than just spiritwear and school songs. When students feel a sense of school spirit, they may become more engaged. And if parents feel proud about what’s going on in the school community, they’ll be more likely to get involved, too.

Parent groups can help build school spirit by getting kids and parents excited about pursuing a goal or preparing for a big event. Here are some examples of the different ways parent groups around the country are doing just that.

Many parent groups build a sense of school spirit through projects that get students excited about learning. Each March at Bear Tavern Elementary in Titusville, N.J., brings the Reading Challenge, when students are challenged to read either 40 minutes or 40 pages a day, depending on their age. If the students meet this challenge, the principal performs a wild stunt.

In the past, he has bleached his dark hair, camped on the school roof, climbed a rock wall, and kissed a pig. Last year, he read as a boa constrictor wrapped itself around him. “The kids are constantly stopping him in the halls telling him that they are reading their minutes and they can’t wait to see him do whatever it is that year,” says PTO president Liz Vannozzi.

Writing is celebrated at Franklin Elementary in Centennial, Colo., with a Mini Milestones Museum, located in the school’s main hallway. At the beginning of the year, teachers post their own essays about their summer adventures. Then each month after that, another grade level has an opportunity to post their own writing, along with photos of the authors.

The topics vary; one year, everyone wrote about a first experience, such as losing a tooth, getting a haircut, or taking a trip. The stories are mounted on mat board and wired to the walls. The museum opened with a ribbon-cutting ceremony; PTO members are responsible for changing the display each month.

“The anticipation of seeing their own story has a huge role as far as school spirit,” says Shawna Tripp, who coordinates the PTO’s Volunteer in Public Schools program. “Every time we have a new student possibly enrolling, we take them through and show the work done. It’s part of our school tour.”

Another way to generate a buzz is by celebrating a school’s history. Ocean Knoll Elementary in Encinitas, Calif., held a 50th birthday party in conjunction with its annual community fiesta. About 120 former students, including one who flew in from New Hampshire, were among the 800 attendees at the event. The guests included the school’s first principal, who talked about its early days, including the fact that so many people wanted to attend this new school that overflow classes had to be taught in two local churches.

“The idea that the school’s been around a long time and has come a long way—that was the message,” says Lynne Karle Hostetler, PTA media and marketing chairwoman. “Kids were excited about that.”

Outstanding alumni are inducted into a Hall of Fame at Kennedy Middle School in Redwood City, Calif. Started by physical education teacher Bret Baird in 2000-01, the Hall of Fame inducts one or two individuals each year. Selected by a committee, these people are role models in various professions; all that’s asked of them is that they come to the school and share their experiences.

There is also a reunion of inductees held every five years; the school tries to get a big-name speaker, such as former U.S. Secretary of State George Shultz, for this event. Inductees have included former Santana drummer Michael Shrieve, who told students about how he got in trouble for banging on his desk in class until he discovered the music room at Kennedy; Heisman Trophy winner Gary Beban; and John A. Solheim, chairman and CEO of Karsten Manufacturing, which makes Ping golf clubs.

“There are so many role models within a stone’s throw of your school,” Baird says. “When I go to high school reunions, I find these amazing accomplishments. I say, ‘Kids would love to hear a story of how you got to be where you are.’ ” And the impact of 10 years of Hall of Fame inductions on school spirit has been tremendous. Says Baird, “The positive publicity our school gets is fantastic.”

While PTOs take on community service projects with the goal of helping others, they often find that the school community benefits, too. Students learn about issues other people face, and feel a sense of gratification when they’re able to make a difference. And parents and staff are proud of students’ good works.

At Manzano Day School in Albuquerque, N.M., each grade level chooses a community service project. Last year, the 4th grade’s efforts for the local humane society were so noteworthy that the city’s mayor proclaimed January 20, 2009, as “Manzano Day School Day.”

The students made items in art class such as bandannas, leashes, and clay water bowls; they then sold these items and donated the money to the animal shelter, along with old blankets and towels they’d collected.

A sister school effort taken on by Timberlane Middle School in Pennington, N.J., made students feel like part of a global family. As the New Jersey students got to know kids at a South African school, they were moved to help by raising money for school supplies and computers. The three-year project received a lot of media attention and had a deep impact on the Timberlane students who participated in it.

It started four years ago with a parent who worked at Bristol-Myers Squibb, which offered funding to help students arrange a simple cross-cultural exchange of items. Timberlane 6th graders made a quilt that represented themselves, their families, and their communities, while students at Usizolwethu Primary School in South Africa sent items like a helicopter made out of old wire and dolls dressed in wedding attire.

Next, the South African students traveled to a nearby town for a live video conference with the Timberlane students to talk about issues they faced. American students discussed drugs, alcohol, bullying, and school dropouts. South African youngsters talked about AIDS, poverty, and education.

The following year, Bristol-Myers Squibb arranged for Melissa Sisz, Timberlane’s technology specialist and 6th grade support staff member, to travel to Usizolwethu. She brought pictures and writing from her students, along with digital cameras and printers donated by the PTO to facilitate an exchange of photos. The next year, a teacher from Usizolwethu visited Timberlane.

“Even though they had learned about other countries, for the first time they were able to say ‘I have a friend in South Africa,’ ” Sisz says. “When I came back from my trip, they wanted to do more. They asked, ‘How do we get them more paper, more pencils?’ They had a spark in them. The kids were so proud of their school for being part of this project.”

Get Alumni and Community Involved

Community Service Partner
To find a corporate partner for a community service project, investigate programs already under way. For example, a parent at Timberlane Middle School in Pennington, N.J., worked at Bristol-Myers Squibb, which had a program called Secure the Future. This program, which created halfway houses for students who had lost parents to AIDS, proved to be a good fit for the school’s cultural exchange with a school in South Africa.

Mayor’s Proclamation
To request that a day be proclaimed in honor of your school, send a written request to your mayor well in advance, along with a sample of what you’d like the proclamation to say. Arrange for a photograph to be taken with the mayor, and submit the photo along with a write-up to your local newspaper to promote your school.

Alumni Search
The easiest and most effective way to find alumni of your school is through social networking sites such as Facebook. That’s how Ocean Knoll Elementary in Encinitas, Calif., identified 150 alumni, 120 of whom attended the school’s 50th birthday party. If you’re having a school reunion, create an event on Facebook and invite people to come.

Hall of Fame
If you want to create a Hall of Fame for your school, don’t be shy about inviting a prominent person to be inducted. “People are flattered that anyone remembered where they went to school,” says Bret Baird of Kennedy Middle School in Redwood City, Calif. 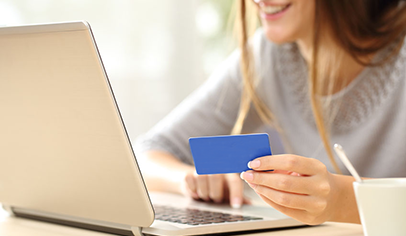 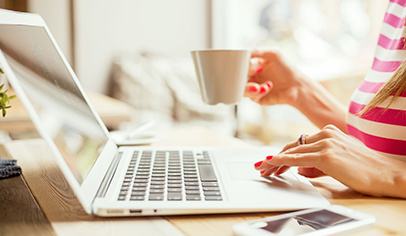