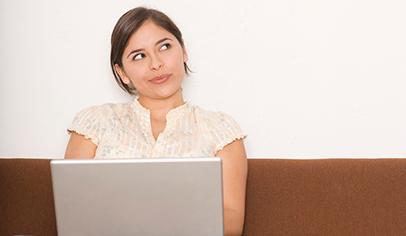 The social media site is an ideal place to post meeting reminders and announcements. But it can help your parent group in a variety of other ways, too.

A teachers strike is a stressful situation on many levels. But during a strike this past September in Chicago, at least one group of parents found a measure of stress relief via their school parent group’s Facebook page, which provided updates, sometimes hourly, about places where kids could spend the day so parents could go to work.

These days, it seems most parent groups use some form of social media for at least part of their communications. And as parent groups’ comfort level with Facebook increases, so do the ways they use the social media site. While early (and still popular) uses centered on posting announcements about meetings and events, Facebook users say they now rely on it for everything from community-building to coordinating meals for families going through difficult times.

“I would say that other than one-on-one communication when we can actually talk to people, Facebook is probably the number one way of communicating” with parents, says Tina Descovich, PTO president at Indialantic (Fla.) Elementary. “It’s the tool for that these days.”

PTO leaders point to a growing number of uses for Facebook that in turn help their groups create a sense of community, raise awareness of what they do, and get more parents involved at school and in the group.

Descovich says that an important part of her efforts as her parent group’s Facebook page administrator is to post meeting information both before and after the fact, in part to keep absent parents in the loop: “It helps people who can’t be there feel like they’re part of things.” What’s more, she says, posting photos after meetings and events encourages attendance at future events.

Even something as simple as a post updating readers on a parent group purchase can help enhance a sense of school spirit. At Webster Elementary in Urbandale, Iowa, when 1st grade teachers bought biographies with PTO funds, PTO cosecretary Amy Quigley says her social media instincts were immediately piqued.

“I thought [right away], why isn’t that on Facebook? It belongs there,” she says. “Putting out that kind of knowledge helps create a sense of community.”

At Indialantic Elementary, Descovich says posting occasional shout-outs to parents and teachers on the PTO Facebook page helps spread the message that the PTO always supports them. Such messages vary from simple appreciation for pitching in on an event to soliciting meals and other help for teachers who are sick or incapacitated.

“[Those posts] can really help with community-building and building relationships,” Descovich says. As well, she says, “Teachers are even communicating among each other. On a recent post about iPads, one teacher requested from another more information on how they are using them.”

Posting about several teachers who ran the Chicago Marathon was an example that Melissa Bullock, PTA communications board member at James G. Blaine Elementary, points to as showing readers some “off the clock” pursuits of school staff. “Humanizing school staff [helps] cut down barriers and helps parents identify a little better,” she says. “It helps with that sense of community.”

And in some cases, using Facebook can extend that community spirit beyond the school. After a local hot dog restaurant cooked and served lunch to Indialantic 5th graders as part of an Ellis Island day at the school, “We were able to show on [the restaurant’s] Facebook page how grateful we were for their support, and other members of the community could see how the restaurant supports its local school,” Descovich says.

A Facebook page can be a vital link between parents and their school communities. That point was well demonstrated during the Chicago teachers strike, during which parents at Blaine Elementary relied on its PTA Facebook page for updates on “strike camps”—places like local gyms and community centers where children of working parents could spend the day during the strike.

Most parents at Blaine work and needed child care during the strike, Bullock says. “As soon as we heard about [an option], we’d post it so parents would have as many options as they could.”

The Webster Elementary PTO uses the site to keep parents aware of what they’re doing, Quigley says: Facebook “makes it easy to let parents know that a lot of good is going on in the school that you might not know about”—information that in turn can encourage them to join or become more active.

Creating engagement is a cornerstone purpose of parent group Facebook pages, and parent group leaders say they rely on a variety of types of posts to encourage their readers to participate. On the Blaine PTA page, administrators—which include all board members—try to use humor to increase engagement, Bullock says.

“Humor really adds to [users’] enjoyment,” she says. “It helps give things a little more life.”

Quigley also sees the value of humor in encouraging engagement, even if a post isn’t strictly related to the school or parent group. She points to a post that encouraged readers to add their favorite joke about a well-known Iowa football rivalry. “Trying to think outside of the box can help bring people to the page,” she says. “It’s good to get beyond the usual posts with some jokes and photos.”

In her early days at Webster Elementary, Quigley says she tended to hear from her PTO primarily when it was asking for something, and she felt this sent the wrong message to parents. In time, she says, she approached the board about expanding its Facebook posts to include more information people can use—increasing its outreach to a new group of parents. She hopes that the PTO’s interactive approach on Facebook may encourage more parents to check out the group. “We don’t want to see the same 20 people coming to meetings,” Quigley says.

At Indialantic Elementary, posts such as photos of the recent PTO iPad purchase help showcase some of the group’s accomplishments, which in turn can encourage meeting attendance. “It always helps to let parents know where their money is going,” Descovich says. “It helps encourage [parents] to support fundraisers”—and, ultimately, their schools.

How To Get Parents Involved on Your Facebook Page

How much is too much? Typically, Facebook users have at least one friend who posts too often. What about when it comes to a parent group page? It can be a delicate balance between posting enough information but not too much, says Amy Quigley, cosecretary of the Webster Elementary PTO in Urbandale, Iowa. She recommends posting two to three times a week, with exceptions made for busy times when more posts may be appropriate.

Tagging photos: While photos tend to make posts more popular, protecting people’s privacy is a potential liability issue. Administrators of parent group Facebook pages say they generally avoid tagging any photos of children and they make sure the parents of any children who appear in published photos have signed waivers granting permission. As for photos of adults, Quigley says she lets readers decide whether they want to tag themselves.

Allowing marketing content: It’s not uncommon for followers or friends to ask to post about their own businesses on the parent group page. Done the right way, this could benefit your group. “If a parent wanted to post about their business, I would tell them they need to be a business partner to the PTO,” says Tina Descovich, PTO president at India-lantic (Fla.) Elementary. She adds, “If it ever got to the point of too many posts I would set a limit—[for example], with your bronze-level sponsorship you can post five ads to our page.”

When to delete: It’s important to allow people to have a voice even if it doesn’t always agree with yours. But if a post feels like it could be headed someplace negative, it might be best to take it off-line. “That’s when you send a private email,” Quigley says.

# Kerry 2013-01-05 22:21
What is the best way to establish a PTO facebook page? Do you use it as a page or a group? Both have different limitations. We are currently set up as a page with 350 likes, but the problem with this is that it is tied to someone's personal FB account. So when we need to change page administators, we need to contact this person to do it for us, even though she hasn't been on the board in over 2 years. Thoughts?
# Tina 2013-01-12 19:16
We set ours up as its own "person" tied to the PTO email address. This allows it to be passed easily to the next set of PTO leaders.
# Tina 2013-10-28 01:09
Our prinicipal will only allow us to have a fb page if we can set it up in a way that parents can't post anything. She's concerned with negative comments aka drama. Does anyone know how I can set up a page that will block people from being able to comment on my posts?
# _Penny_ 2013-10-28 01:13
Its possible to make someone else an administrator and make the former person after they have passed off no longer an administrator. We currently have three administrators on our Facebook page. As they are no longer involved the previous administrators are removed. Its important to make sure there is always at least more than one administrators in case one 'flakes' I prefer a page over a group. We used to have a group many years ago and it died out. Though some schools have better success with a group. we don't' allow tagging and we work hard at not posting pictures of the students.
# Rose Hamilton 2013-10-28 11:13
Hi Tina,
If you set up the page as a "person,'' it would work just as your own personal Facebook account works -- people can't comment unless you have confirmed them as a friend. The thing to keep in mind, though, is you also won't get all the positive comments and true engagement that makes for a great Facebook page. Typically, if you provide parents with a clear set of rules and monitor the page closely, you can prevent drama on the page.

Rose
# Rose Hamilton 2013-10-28 11:17
Hi Penny,
Yes, you can update Admins as needed. On your Admin panel, you will see the Edit Page option on top right. Click on that, select Manage Admin Roles and you can add/delete there.

Rose
# Kristy 2016-10-21 03:55
Is it an invasion of privacy to get into a parents personal page, screenshot, and turn a negative post into the principal if they never contacted our FB page?
# Lani @ PTO Today 2016-10-26 20:29
Hi, Kristy -- Privacy issues are outside our field of expertise, but here at PTO Today we always encourage people to talk through problems or concerns with each other before escalating to the principal. Sounds like that didn’t happen in this case, which I'm sure must be frustrating. Hope it gets sorted out soon. -- Lani @ PTO Today
Refresh comments list
RSS feed for comments to this post