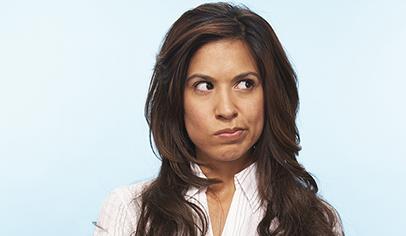 "But we've always done it this way!" is a frequent response to new ideas and leadership. Here's how to deal with resistance, and increase the odds of your group's success.

It’s a natural instinct to resist change. When people are comfortable with the status quo, they’re likely to fear the unknown. In parent groups, someone with a great new idea can quickly become discouraged if the proposal is shot down. On the other hand, switching the way something has always been done can leave the old guard feeling rejected and unvalued. But with forethought and preparation, it is possible to honor the old while welcoming the new.

Increase the Odds of Success

One way to lay the groundwork for change is to build personal relationships among members. At the Elm School in Burr Ridge, Ill., the PTO encourages socializing in two ways. One is an invitation to take a weekly walk with other parents after morning drop-off, weather permitting. The other is a board meeting at the president’s house with food and wine. “It did break the ice with a few of the people who are the naysayers or who are rigid with their thinking,” says PTO copresident Cate Cook. “I got to see a different side of these people. A lot of it is understanding where they’re coming from and why they think a certain way. Then we can come to a better compromise because people don’t take criticism personally.”

It also helps to introduce a new idea in stages so that people have time to consider it. Cynthia D’Amour, a leadership strategist and president of People Power Unlimited in Ann Arbor, Mich., suggests introducing the concept one month, explaining it the next month, and then voting on it the third month. If you rush something through, she says, “People will say, ‘Gosh, I didn’t get time to think about that,’ and the walls will go up.”

Listening when objections are voiced is important, too. “If people throw up resistance, ask them what the concern is,” D’Amour says. If their concern is that no one will show up, then explain to them how you will reach out to people to encourage attendance, she says.

And involve those who have objections. At River Oaks Elementary in Houston, there was tremendous resistance when the PTO suggested scaling down its big fall gala because the event was so much work and was attended by so few. However, says president Paul Heyburn, “Some loved the party and wanted to have it.” The solution was to create a large committee of more than 20 people, with invitations to join sent to those who were unhappy with the proposed change. That committee planned the event, which was smaller but still successful, and anyone with objections could voice their suggestions.

When a change is proposed, be sure to give a compelling reason. At Charles A. Bernazzani Elementary in Quincy, Mass., the PTO decided to cap participation—due to safety concerns and room capacity—for an increasingly popular event: the annual spring dance. A discussion of the change at a PTO meeting did not elicit any objections, but when notices were sent home and the tickets sold out quickly, parents ranted on Facebook and contacted the principal.

After much discussion and consideration of alternatives, the PTO held its position, emphasizing that safety was paramount. “We had a consistent message and stuck with that,” says PTO chairman Scott Alessandro. “Then we reaffirmed why we made the decision. We mollified some people as much as we could and will continue to reach out to those who are still unhappy.” The PTO did apologize for making this decision so late in the school year, and it did allot some extra tickets for parents who volunteered. In addition, discussion next year will begin earlier in order to explore other options.

Meet in the Middle

One of the most effective techniques to counter opposition is being open to compromise. At Elm School, the board wanted to buy a laptop computer for the treasurer. “We got a lot of resistance,” Cook says. “People asked why we would spend money on something like this when the money raised was supposed to be going for the kids.” The board did convey the reasons the laptop was needed: for organization, security, and taxes. However, their plea to get a more expensive Mac rather than a PC was less successful. “We went in there full force to say let’s get a Mac, but after hearing the other side, we came to a compromise on the type of equipment,” Cook says.

A reason for not embracing change is often the fear of failure. But remember that success is just as likely. So when a parent offers a new idea, encourage her if possible. Especially if there is no cost, many leaders tell those with an idea to go for it. “If somebody has a good idea and is willing to own it and do the work, we’re all for it,” Alessandro says. At his school, a parent involved with a charity that encourages kids to eat vegetables brought the program to the school for a week. Children kept journals about what they ate and dressed up as vegetables, and it was a hit.

If there is a cost, it can be wise to proceed more slowly. At the Disney II Magnet School PTA in Chicago, someone suggested a parent education seminar. Parents were surveyed about their interest, and a committee was formed to lay the groundwork this year. But as the group realized how much money it would cost to bring in a nationally known expert, they decided that they might be able to use local resources instead for no cost. The discussion will continue next year, says PTA president Karen Steele. “The approach is to create a forum for many voices,” she says. “We want to make sure all ideas are well-represented so that we can move forward in a way that represents the masses. This was a pretty big idea for us that would potentially require a significant portion of the budget.”

In other cases, it may be possible to let someone with a great idea try it out later or in a modified form. At the Elm School, a parent proposed giving the PTO’s year-end surplus funds to a needy inner-city school. Many parents objected that the funds they had raised were meant for their own school. To defuse the conflict, the PTO leaders told the parent that she had a good idea and that it might work better if she started on a smaller scale and with a clear intention of raising money for others. “She may be leading the charge on that next year,” Cook says.

New ideas are the lifeblood of any organization, and it’s vital to give them a chance. But never forget to honor the contributions of those who have gone before, especially if they’re still involved. Some schools have a Hall of Fame for past projects. Others emphasize to the veterans that their accomplishments are well-remembered and appreciated.

The Elm School holds an ice cream social each September. But there was a push to make changes, contracting with a different provider and using scooped ice cream rather than individually wrapped ice cream bars. Some viewed the changes negatively, including someone involved previously. “I just let her know that she didn’t have to feel like we were [disrespecting] her legacy, but every year when someone takes on something new, they add their own twist to it, just like she did her own twist on the ice cream social in the past,” Cook says.

Bernazzani’s Alessandro suggests an even more complimentary approach: Tell the founder of an event that it’s not that you’re doing this event differently because you think you can do it better, but rather to try something new. Let her know that now that she’s created this wonderful event—and so many people want to be involved because she did such a great job of building it—you want to try to figure out how to capture people’s energy.

Resistance does not need to kill new ideas. It can, in fact, be the starting point for a discussion about how to move forward.

To welcome a new idea, be thoughtful and inviting. You might say, “Thanks for sharing that great idea, Bonnie. Would you be willing to get a committee together to take a closer look at it?”

To honor those who went before when introducing a change, leadership strategist Cynthia D’Amour suggests saying, “We’re going to do it a new way. We’re able to do this because Susan and her team did such a phenomenal job of building a base and we can stand on their shoulders.”