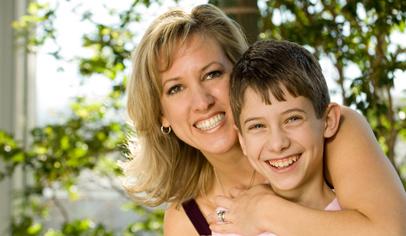 What happens when the kids grow up and there's no more PTO?

Last summer, my son was away with relatives when my daughter received an unexpected invitation to spend a few days on Cape Cod. Buoyed by the notion of being footloose and kid-free, I helped her pack, cheerfully throwing items into her overnight bag. When her ride pulled up, I pushed my girl into the back seat, kissed her goodbye, and stood in the driveway waving until the car rounded the corner. Then I turned back toward the empty house. I didn't know what to do. At that moment, I realized that my children make up the framework of my life. They give me purpose and structure. Without them, I was aimless. All of my fantasies of kidless self-indulgence evaporated in a puff of exhaust from a beach-bound minivan. And for the next 72 hours, I drifted like a ship cut loose from its anchor.

A few days later, the kids were back and our home was again filled with the sounds of bickering and sniping. I struggled to remember why I had missed them, but I couldn't. The daydream of being childless and whooping it up in Rio crowded out all other thoughts.

Until last week. I was working on the monthly PTO newsletter when it occurred to me that in June my daughter, a 7th grader, will leave the school she's attended since kindergarten. The enormity of it hit like a medicine ball to the stomach. Not only will she be at the high school with—this is where I hyperventilate—teenagers; I also won't be in the PTO anymore.

I've been part of that group for years. I go to meetings. I faithfully volunteer. I patronize fundraisers. I've been proud to contribute to an organization that accomplishes so much for the school. Who will I be if I can't identify myself as a member of the Miscoe Hill PTO? True, my son will be moving up to the school in a couple of years, but by then there will be a whole new board and membership. It won't be the same. Quite frankly, I've become attached to the PTO. I'm not prepared to be kicked out of the club.

But that's what happens when your kids grow up and move on. They pull you along with them, like it or not. Parenthood brings with it exclusive membership rights. When my kids were babies, they were my admission to play groups. As they got older, they opened me up to scouts, gymnastics, band, piano, baseball, and, of course, the PTO. The rhythm of these activities has become as familiar to my family as breathing. When you're living it every day, you forget that it's all temporary. Until your membership privileges in one of the clubs is revoked. The kids outgrow scouts, they give up band, they graduate from school. Or they simply take off for a few days in the summer, leaving you directionless and disoriented. As with any ending, you're left with no choice but to accept it and move on.

Maybe these small losses are preparation for the big, inevitable one, when the kids leave home for good. Hopefully, by the time my kids don't need me anymore, I will have replaced my hands-on involvement with their activities with new interests to give my life structure and purpose. But for now, I'm not going to worry about it. When my daughter goes up to the—pardon me while I hyperventilate again—high school, I'll be right there with her, seeking out the parent group. My daughter might argue that she's already at the stage where she doesn't need me anymore. But that's not the point. I still need her. 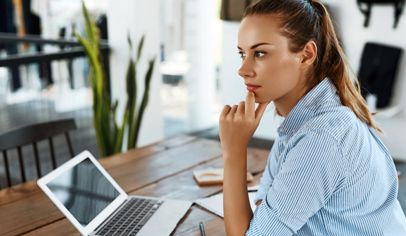 # Michele 2008-06-24 14:00
this is a good analogy of what is happening
# Karen 2008-06-24 14:30
Great article! I too feel the same way. This will be my last year with our ptsa group after putting in 9 years I often wonder what it will feel like to NOT be involved. I am sure I will find something in the highschool arena but I think my daughter is hoping I don't!
# Patti 2008-06-24 15:55
Last year after having at least one child at our elementary school for 12 years we were done. I had been PTSA pres. for 5 years and done many other things before that. It was a big adjustment since I had also worked at the school parttime for 5 years but my position had been cut. Although I do PTA at the middle and high school it is not the same. I loved being involved but I don't miss the complaints and problems when things don't go as planned! I will still volunteer when needed but on my time not all the time! PS. I ended up being rehired and others would ask me questions as if I had never left. I just point them in the direction of the new PTSA Pres.
# Kathie 2008-06-24 17:02
I understand the feelings and have indeed felt that way. But I found I could continue advocating for the bigger picture whether my children were there (at a school) or not. If you have a strength and love to help out, then there is no reason you can't continue to be involved. Look for organizations that support children's issues (PTA for one) that advocate beyond just the school- but with your school board and state legislature and nationally. They always need help. Just because your children grow up, does not mean other children do not need your efforts. You will always be needed as a voice for them and education.
# Ann 2008-06-24 19:02
Fortunately, I have made many great friends through our school's PTO so I have not had to "cut the cord" completely. My children are now in jr. high and high school and although I'm not as involved as I was in the past, I still help and give my time when needed.
# Deanna 2008-06-27 19:00
After 13 years on the PTO, I finally have passed the torch. I have met so many wonderful and caring people that I feel confident the hard work past members and I have started will continue. The new members are just as eager as I to help make a difference. I may not be as busy as I was when I was president, but I certainly will still be involved. Children will still be attending school and if we stop caring just because our own kids have moved on then we shouldn't have gotten involved in the first place. It's about making a difference in our town for the education of all the children. This magazine has been a godsend. I attended the very first PTO show and am truly grateful for the information Tim and his staff brought forth for all of us. It made a differnce in the way we ran our PTO. Thank you Tim and to your wonderful staff.
# Terry 2008-06-28 11:06
This is really to opportunity of your lifetime to make a difference in your respective communities on a much broader scale. Imagine the expertise that you will bring to the table of other non profits from the dedicated work you have done with your PTO's. Non profit Board of Directors are dying for people like you (us). Go to your local United Way's website and look at the list of non profit agencies I would imagine there will be many more then you ever thought possible with missions that are wide ranging. Call the development officers or simply look on their web sites to get an idea of what kind of work they focus on. There may even be one who could help your school. Think about the invaluable role you could play in being the connector. As Executive Director of a non profit in Mesa Arizona I would be so thankful to have your wonderful sense of community as part of our organization. Your work has prepared you for much bigger impacts please do not think you are done, it is only the beginning.
# Rika 2008-07-10 18:33
Wow ~ thanks for this article. Although I'm not leaving our PTO just yet (this will be my daughter's, who is also my youngest final year of elem school), I have stepped down from President after three years. I admit that although I have been ready for the break, I'm also struggling to swallow the notion that my membership in this exclusive club is coming to an end; and I'm sad about it. Thanks for inspiring me to find other outlets for my volunteering.
# C. Bland 2008-07-23 08:03
Well-written; interesting and entertaining as well.
# Donna 2011-02-17 03:53
I enjoyed this article! It really hit home. I have a daughter, 17, that has graduated early and will be leaving for her culinary program in March and my youngest daughter will be bound for Jr High. At the Jr High, there is a PTO and I will be joining the group gladly. My daughter tells me she is pleased I will still be involved. Of course when the 3 years on jr high fly by and high school comes, there will be no more PTO. I have recently started looking for community organizations that love volunteers. Thank you all for sharing your stories.
Refresh comments list
RSS feed for comments to this post