Quit Being So Nice! 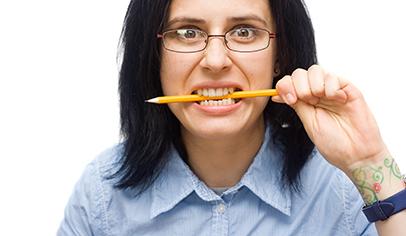 Sometimes doing what’s best for your group and school means stepping on toes.

Sometimes I wish parent groups were a little less nice.

Most groups I work with have a well-intentioned desire to hurt no one's feelings. A good meeting is one that ends early with no conflict or differences of opinion. If differences do arise, every effort is made to resolve those differences so everyone leaves happy. Right decisions are watered down when even just one person disagrees.

Frankly, it's a recipe for mediocrity. Parent groups are run by consensus, but for too many groups, consensus (which is just 50 percent plus one) has morphed into "What decision will cause the least angst?"

You want to consolidate your fundraisers (run fewer, but run them more effectively) so that your group isn't viewed as a fundraising machine. But everyone's worried about hurting Joan's feelings since she's run the candy drive for years. So the consolidation plan is tabled.

Several leaders want to institute regular audits and better cash-handling procedures, but will the treasurer be upset? Maybe. So let's table this item. You want to try alternating meetings between mornings and evenings to help connect with some new potential members, but two of your regulars can't make evening meetings and really dislike the idea. Mornings it is.

The problem is that almost all change worth making involves kicking up dust. And almost all change worth making is going to rankle one or more of the folks at your school. A parent will complain. Some teachers will object. A longtime volunteer or two will wonder what was wrong with the old way. If your group only moves when you have near unanimous consensus, then is it any wonder that things don't change very often or that you don't seem to make as much progress as you wish each year? Heck, it's almost impossible to get 10 adults to unanimously agree on pizza toppings, never mind the direction of your parent group.

As a leader, you have to expect objections. The key is not to take objections as insurmountable roadblocks. Don't fold. Don't give up. Lead.

Quite often, in my experience, one passionate opponent can trump a dozen or so folks who believe a decision should go a different way. In an effort not to offend anyone, nearly everyone winds up with a less effective group. Worthwhile changes- ones that would improve your group and help your school and, ultimately, affect all the kids-aren't made because of an abiding desire to avoid hard feelings.

Well, it's our job as leaders to see that good change does happen, even if the process of getting there is difficult. We have to actively build support for good initiatives. We have to be willing to take the slings and arrows that come with leading change because we know that the particular change is best in the long run. That's not to say that you and your fellow leaders should become dictators. Yes, parent group bylaws typically require majority votes and committee efforts, and unanimous consent is better than a 21-20 vote. Your group is not your fiefdom to do with as you please. But neither does it need to be Mister Rogers' Neighborhood, where never is heard an argumentative word.

My wish for you in the coming year: a few spirited debates with vigorous back-and-forths and some hard decisions made confidently. I hope your leaders will listen, and then lead. When the dust does clear, your group will be on a better path.

# Jim Butt 2008-09-29 00:51
I find that the trick is to be professional about it all. Neither personal attacks nor whining will get you anywhere. Arguments must be rational, based on credible facts, and posed without excessive emotion, although fervent emotion is appropriate. Excessive emotion should be used carefully or, without at least some credibility, such arguments will ring hollow. It's hard, but it's also important that leaders take a stand on issues and that can break some bubbles. Do your homework and go get'em!
Refresh comments list
RSS feed for comments to this post