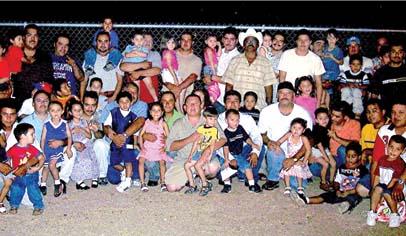 Overcoming the skeptics, a superintendent created thriving involvement among dads at all of an urban district's schools.

Thanks to Superintendent Kent P. Scribner, more dads have gotten involved in Phoenix’s Isaac School District than ever before. Together with school parent coordinators and PTOs, Scribner established Dedicated Active Dads in Schools (DADS) clubs at the district’s 13 campuses to bring more fathers into classrooms and after-school programs.

The DADS clubs were designed to meet the needs of school families, more than 90 percent of which are Hispanic and at or below the federal poverty level.

“People laughed at me when I said we’re going to get our low-income, language-minority dads involved in schools,” Scribner says. “We had not dealt with them on an equal footing.”

That has changed. Dads who work in construction and other trades have visited classes to talk about how they use math at work. More dads are involved in after-school programs and soccer leagues. In addition to Donuts With Dad events and middle school father-daughter dances, DADS clubs have hosted sessions on helping with homework as well as a reading night with fathers. Each activity includes some form of academic enrichment. For example, after fathers spruced up school grounds during a community cleanup event, educators talked with them about their kids’ math lessons.

The superintendent’s efforts have paid off. Five years ago, only two of the district’s schools were considered “performing” schools. Now eight schools are labeled “performing”—and the school with the strongest DADS club is “highly performing.” The outreach has helped build a greater sense of community in a district of 8,000 students, Scribner says: “It feels like we are a small community nestled into the fifth-largest city in the country.”