Just Say No to Dues 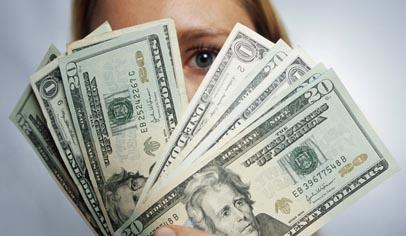 Dropping dues from your budget can pay off in higher involvement and more willing volunteers.

Each fall, tens of thousands of parent groups spend a great deal of time focusing on membership drives. Announcements, letters, newsletters, emails, flyers, all centered on getting five bucks out of as many families as possible.

There are all kinds of creative ways to separate parents from those $5. Contests—the homeroom with highest percentage of members gets a pizza party. Incentives—every member gets a free school directory. Not to mention membership themes, posters, and even 100 percent teacher-participation membership efforts.

For many groups, I’m thinking the answer is “Because we’ve always done it that way.” And I’m here to tell you that it doesn’t have to be so. In fact, I think you can see more long-term success by doing away with dues altogether.

If you’ve had dues seemingly forever, and if you’re used to that revenue helping fill your bank account early in the school year, this may seem radical or risky. But the fact is there can be terrific engagement and marketing benefits to eliminating the dues barrier, and the financial sacrifice is easily overcome.

I’ve always found it funny that PTO and PTA leaders tell us, in every survey we do here at PTO Today, that increasing parent involvement and growing the volunteer base is the number one challenge and goal of their group. And yet many of those same leaders tell parents they have to pay $5 to have a vote or volunteer in the parent group at their own children’s school.

To me, it’s the equivalent of Target—which always wants to see more shoppers in its stores—charging customers $5 just to browse. Target would never do it, and neither should you.

It’s much better to let everyone know (widely, loudly, and repeatedly) that “parents and guardians of students at our school are all automatically members of our PTO.” It sends a powerful message of community, eliminates a fairly artificial barrier between parents, and opens up your time to focus on trying to truly engage parents with the work of your group and your mission of supporting the school.

I absolutely realize that calling all parents members doesn’t suddenly yield a wholesale increase in actual volunteers. Similarly, though, many of those folks who just pay their $5 out of habit are not really connected to your group, either. I strongly prefer the former model. I can’t imagine a parent attending a meeting at her own child’s school and then being told she can’t vote or have a say unless she pays up.

There are plenty of ways to make up the membership dollars you do away with. Membership drives aren’t all that effective as fundraisers in the first place. If your membership drive were a gift-wrap sale, you’d be hunting for a new fundraiser. Way too much work and way too long a window for the actual bottom-line profit.

If you really want to reach out to individual families for support early in the year, call it an appeal or a family fund or an annual campaign—but stay away from the “membership dues” idea. You can also make up the dollars by using the time and focus you save to make your big fall fundraiser that much more effective. Worried about start-up funds? Plan to carry over funds to help you for the first month or two next year.

The best groups we see spend a lot of time thinking about (and working on) how they are perceived by the general parent population and making sure they appear welcoming and open. Starting your year with an “entrance fee” is the opposite of those goals. Membership dues are for country clubs, which benefit from the appearance of elitism—not for parent groups, which benefit from the appearance and the reality of openness and inclusion.

# bonnie 2008-03-02 00:35
Fantastic Idea! Thank you, it is not a large amount of money that will be missed that is for sure!
# jill 2008-05-02 16:45
Pta fees are required. The fees pay for your national legislative and training materials. The fees also go to your state PTA which pays for training and legislative fees. These fees are not an option. Your school cannot participate in reflections without it. Instead explain what the dues mean and what it buys. Dues are a normal part of funding important things. Dues at country clubs are expensive a $5.00 fee for PTA is reasonable and necessary.
# Tim Sullivan 2008-05-02 16:50
Yes, for official PTAs, dues *are* required. But it's not required that a group be a PTA. 75% of groups are not PTAs. My point in the column is that charging parents dues to join the parent group at their kids' school runs counter to the goal of getting more parents involved at school.
# Kelly 2008-05-27 21:50
After researching I see that the PTO Today is one of the fastest growing private companies in America. If I've done my research correctly, the PTA is a non-profit organization. Funds collected are placed back into programs to and legislative inititiatives to support youth.

The PTO Today on the other hand opts to sell the tools for a private companies profits which can be used to support individual parent groups. The PTA uses membership dues to develops and distributes the tools.

Correct me if I am wrong. The difference is whether it is for a non-profit or a private company, such as PTO Today, who has mastered the art of marketing.

I would like further clarification in regards to this discussion. I look forward to your response. I just really want to understand.
# Tim Sullivan from PTO Today 2008-05-28 00:16
Hi --

I'd say that's partially correct. PTO Today is a for-profit company, but our services are not paid for by charging PTOs and PTAs for the services. Rather, nearly all of our resources are paid for by the advertising. Example: this article is free, because there is advertising elsewhere on the page. You didn't have to pay for it.

Tim
# Joy 2008-11-20 22:06
I'm a big believer in parent groups being inclusive once the year gets rolling. Everyone should be able to attend events and volunteer, member or not.

However, I think the decision of dues/no dues needs to made at the group level. The act of a membership drive can have value. By itself it's a great marketing activity. It's a chance to get the kids and parents involved at the begining and forces the group to really think about - and STATE - why it exists, what the benefit is of joining.

Having no dues doesn't automatically increase participation. That's a separate issue. I think any model can work dues or no dues. Each group just needs to decide.
# Jennifer 2012-04-04 15:26
We started two years ago not charging dues. We stated that every parent, guardian and teacher was automatically a member. We did however do a donation drive with tiers of prizes and drawings depending on how much you donated. We raised more money then we have ever done on a membership drive and have more volunteers than we use to.
# Jerry Williams 2013-02-09 17:19
Tim,
Target may not charge a fee to browse, but SAMS and Costco do, and they are EXTREMELY successful!

I would add that we've tried your advice, charging dues one year and then not charging for three years straight. Absolutely no difference in family involvement despite the increased communications with all parents. Therefore just from personal experience, I would suggest you test your hypothesisprior to purveying it to others. Not charging fees is a huge deal to most small groups as most parents would rather pay dues and have less fundraisers. Just a second opinion.
Refresh comments list
RSS feed for comments to this post