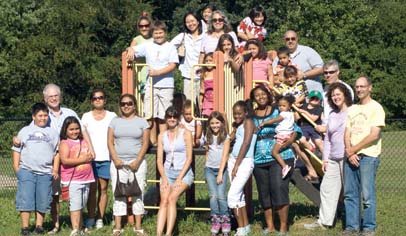 Parent leaders demonstrated that they wanted a broader volunteer base as well as a diverse PTO and became PTO Today’s 2008 Parent Group of the Year for Outstanding Outreach to a Multicultural Parent Base.

Chris Biamonte wanted the Cannon Road Elementary PTA to embrace all families, including those who didn’t speak English as their first language. She didn’t speak their native language, but the PTA won them over, she says, with “an insane show of community spirit.”

“I was at the school all the time,” remembers Biamonte, now the PTA president. “They wanted to be involved. They needed encouragement. They needed to be asked in a friendly manner.”

Biamonte and volunteer coordinator Ann Coletti built a strong, active PTA that reflected the Silver Spring, Md., school’s diversity. They even created a new executive board position: vice president of community and international outreach. The PTA translated every document it sent out into Spanish, and they arranged for Spanish-language interpreters to attend PTA meetings and staff the school office.

Cannon Road Elementary PTA is the 2007-08 winner in PTO Today’s Parent Group of the Year search for Outstanding Outreach to a Multicultural Parent Base. “We made an effort to meet every single family,” Coletti says. “We reached out to a diverse population, and what we got back were a lot of human responses.”

Biamonte and Coletti started thinking about ways to expand the PTA when they heard talk of making the student directory, a PTA publication, available only to dues-paying members. The PTA only had about 60 members, and about half were teachers and staff. Coletti wanted the directory available to everyone, so she enlisted Biamonte to help sell advertisements.

That success led the women to believe the PTA could have a more active parent base if leaders found a way to connect with multicultural families. Cannon Road has about 400 students, and more than one-third are Hispanic. The school also has families from various African and Asian countries. About 18 different languages are spoken among parents. Nearly half the school’s students receive free or reduced-price meals.

In conversation with parents, the women emphasized the benefits of PTA—how it helps the school enhance their children’s learning experience and how being active in the school shows children that education is a priority. They learned that in many countries, there is a wall between the family and the school. Parents are expected to drop off their children and leave. Hispanic families said they had seen the PTA in action but felt out of the loop and unsure how to participate.

In a letter to families, the “PTA ladies,” as they became known, asked for just an hour of volunteer time during the school year. More than 100 parents responded. Coletti and Biamonte knew they needed to seize on the interest and give the new volunteers meaningful work to do.

The school’s upcoming events proved to be a perfect opportunity to engage volunteers. First, the winter social and book fair brought out newcomers. Next was the Valentine’s Day dance. Coletti and Biamonte added a silent auction fundraiser. Many parents didn’t know what a silent auction was but were still happy to help. Children made artwork pieces, such as decoupage bookcases. Local businesses donated other items to bid on.

The event ended up being the school’s largest ever, with the most diverse participation. Fifteen parents volunteered to take in bidding sheets. Others staffed a bake sale and chaperoned the dance. “The environment was so joyful and celebratory,” Biamonte says. “The Spanish-speaking community in particular turned out in a huge way for this event.”

Hue Tran, a Cannon Road parent for six years, chaperoned the dance, helped sell pizza, and mixed punch. It was the first time she was “pulled into the heart of the operation,” she says, adding that cultural barriers had kept her from getting more involved in the past. The Valentine’s Day dance was a turning point for her. “Everyone that night was helpful, and the evening brought tons of laughter and memories for our families as well as staff members,” she recalls.

To keep up the momentum, the PTA began hosting “spirit nights” at local restaurants. About 50 families attended each event. Parents socialized in the relaxed atmosphere, and a portion of the proceeds were donated back to the school.

The school year culminated in a Community Cultural Celebration to highlight the school’s diversity. Parents brought potluck dishes, and many of their children wore traditional dress. The PTA added a raffle of items donated by parents and staff. Volunteers signed up in large numbers to help set up, monitor food tables, pick up donations, and clean up.

“Everyone wanted to help,” Biamonte says. “This party felt like the perfect end to a monumental year for us. We had set out to reach our diverse community, increase community spirit, get our families socializing, and realize more PTA volunteers. We succeeded on all counts.”

When it came time to elect this year’s PTA officers, several of the newly involved parents stepped forward. Leaders are proud that four different ethnicities are now represented on the board and that all positions were filled well in advance of the new school year. 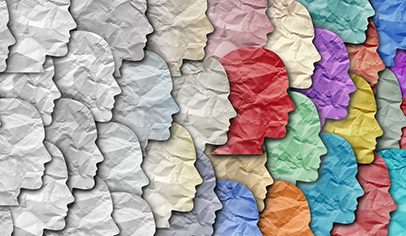 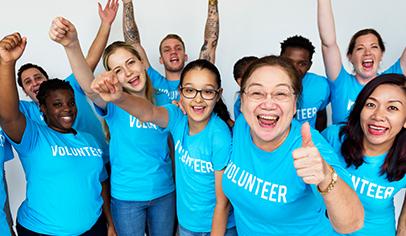 # Louis Yanez 2009-02-08 22:16
I'm replying to your request the buld a state wide program to teach Multicultural Parent groups to become learders in their area.
Refresh comments list
RSS feed for comments to this post