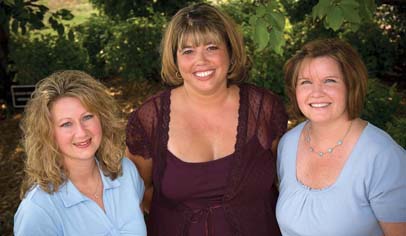 Rezoning and a significant shift in school demographics energized rather than paralyzed PTO Today's 2007 Parent Group of the Year.

When the school district rezoned the area served by Cedar Grove Elementary in Smyrna, Tenn., it solved the problem of overcrowding but put the PTO in a major bind. All but one of its officers and about 80 percent of the active board members and volunteers were moved to another school. In addition to losing most of its regular supporters, Cedar Grove became a Title I school.

After losing so much parent support, you might think the PTO would cut back on its plans for the year. But the new leaders who quickly emerged had other ideas. The group forged ahead, adapting to the needs of working parents and lower-income families and continually making efforts to involve new parents.

“Everybody said we shouldn’t expect to do as much this year, but we raised as much money as the year before and we had a 150 percent increase in PTO enrollment,” explains Karen Bostian, the only returning officer, who served as president.

Leaders began by extending a warm welcome, providing useful information to parents of new students and inviting ideas and contributions from everyone. Because so many past leaders had been higher-income, stay-at-home moms, some people perceived the group as a clique, recalls treasurer Susie Fleser. The new officers made a concerted effort to avoid that label. As a result, the new officers and board members were much more representative of the school community.

“We really branched out and got those parents that hadn’t been involved before,” Bostian says.

“We broke the clique barrier. It wasn’t our best friend, and it wasn’t somebody that was in our kid’s class. It was the mom we saw coming to eat lunch with her kid or the dad we saw on the field trip.”

To appeal to a broader base of volunteers, the PTO encouraged parents to get involved on their own terms and pledged that parents wouldn’t be pushed into taking on more than they could handle. Leaders found projects that working parents could do at home and encouraged all parents to pitch in, even if it was only once in a while.

“Our big thing is, if you can only volunteer for 30 minutes, that’s great. We’re not going to try to make you stay any longer,” Fleser says. “If you really want to help but you can only do stuff at home, we’ve got plenty for you to do there, too.”

The PTO had a full slate of leaders by July and no shortage of volunteers for events throughout the year. Almost 340 families turned in their membership forms. The parent group also strengthened ties with teachers by inviting representatives from each grade, as well as from the arts and special education programs, to come to monthly board meetings. The faculty brought ideas to the PTO and took information back to other staff members in their grade.

Even with all the effort put into building a sense of community among parents and teachers, however, the PTO never forgot that it’s all about the kids. At the Back-to-School Bash, students not only had the opportunity to try out an airplane simulator and sing karaoke; they also met their teachers and some classmates so they didn’t go to the first day of school not knowing anyone. At a pep rally before standardized testing, the PTO and the teachers staged a hot-air balloon demonstration to motivate the kids.

And when Cedar Grove had a family night at the Nashville Sounds minor league baseball game, the PTO secured permission for children to run the bases.

Before the school year started, the PTO prepared a handbook for parents with basic material such as a school calendar, contact information for key school and district staff members, and photos of PTO officers. Leaders thought back to when their children were new to Cedar Grove and compiled a list of things they wish they had known before the first day, including where to park and the school’s procedures for visiting and bringing in outside food.

The PTO took several steps to improve communications with parents, including revamping its newsletter. The new format included financial updates and honored a parent volunteer in each issue. Between newsletters, parents could read updated information on PTO bulletin boards in the front lobby or on the group’s website, which was redesigned by a parent.

“With all three of those things, the goal was to try to provide the parents with as much information as we could about the PTO and what we’re doing,” secretary Cheryl Reymann explains.

With almost half of the school’s students categorized as economically disadvantaged, the PTO focused on free or low-cost family events, including movie nights, bingo nights for moms, and a walking group for parents. To boost participation at the fall festival, the PTO provided teachers with tickets for free concessions and activities, which teachers handed out to needy students. They also made the traditional auction baskets smaller so they’d be more affordable.

Among its many accomplishments, the group is proudest not of its success in increasing membership or raising money but rather wowing faculty during Teacher Appreciation Week.

When staff members arrived at school on Monday morning, they were stunned to find a hallway transformed into the Cedar Grove Walk of Fame. Parents had spent 16 hours that weekend laying down vinyl tablecloths to form a red carpet and putting in place metallic stars with each staff member’s name.

“I know how hard it is to deal with my kids everyday, and my view on it is those teachers are helping me raise my kids,” Fleser says. “I want to do what I can for them to make a difference.”

The PTO arranged for teachers to have a full hour for lunch on Friday and staged an awards ceremony, giving away golden Oscar figurines for honors such as most school spirit, most likely to appear on Jeopardy, and best shoes, as selected by staff members. In addition to a catered lunch and gift bags, teachers received a bound book with almost 100 pages of kudos written by students and parents.

And that’s not all. On Saturday, teachers were treated to more than $5,000 worth of free facials and massages donated by the spa owner, a Cedar Grove parent. Some of them were moved to tears by the PTO’s generosity, recalls Principal Kellye Goostree. “We’re totally spoiled rotten,” she says. “At some schools, teacher appreciation is a sandwich.”

Although the school had 120 fewer students than the year before, the Cedar Grove PTO’s fundraisers brought in the same amount of money. With these funds, the group purchased leveled and accelerated reading programs, library books, materials for the art and technology programs, and swings for the playground.

The PTO’s greatest contribution, however, was getting more parents involved. Bostian says that most first-time volunteers enjoyed the experience so much, they were willing to help out again.

“One of our main goals was always to put on a positive face,” Reymann says. “If we didn’t look like we were having fun, why would other parents want to get involved?”

The increased volunteer base helped the school complete maintenance and landscaping projects more quickly, but it also had a more lasting effect, according to Goostree.

“Parent involvement is the key to having a good educational environment,” she says. “Parents may not have a lot of trust in public education, and this is changing mindsets and attitudes. It’s life-changing, and that kind of change will affect generations to come.”