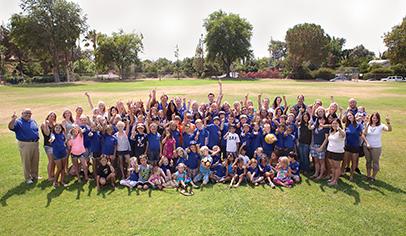 GINA LEE
The 2013 National Parent Group of the year inspired students to take part in an impressive yearlong fitness initiative while also carrying out a wide array of programs.

A recurring theme at Mariposa Elementary PTA meetings was the desire to get kids moving. So last year, a group of parents at this K-5 Redlands, Calif., school decided it was time to talk less and, well, get moving on implementing a plan. In short order, a health and fitness committee came together and developed a wide range of fun and educational activities to take place throughout the year.

The committee’s hardworking members, assisted by a strong volunteer base and a very supportive principal, succeeded in motivating and inspiring the entire 570-student school to explore new fitness routines and eating habits. It’s an accomplishment made even more remarkable by the fact that Mariposa PTA was still able to pull off the rest of its wide array of fundraisers, clubs, and activities. This strong display of team effort helped lead to their selection as PTO Today’s 2013 National Parent Group of the Year.

A core group of eight very health-conscious parents were behind the health and fitness initiative, including a pediatrician concerned about the level of obesity she sees daily in her practice. Gina Rocque, a parent who’s played soccer for more than 30 years (at times semiprofessionally), agreed to take on the role of chairperson. The group had a jumping-off point courtesy of a Run Club already established at Mariposa. Twice a week children and parents run around a track the PTA purchased and installed a few years ago. It was a start, but they knew they could do better.

Brainstorming sessions about how to pump up the volume on health and fitness during the 2012-13 school year began in earnest in spring 2012. “We met and asked ourselves: What do we want this to look like? What’s feasible? What’s going to be exciting?” Rocque says. They spoke of organized sports like basketball and soccer, debated over how to work in freer forms of exercise such as yoga, dance, and hiking, and equally considered everyday ac-tivities like walking and biking to school. They also wanted to weave in lessons about good nutrition. Frequency was key so they decided to go for a once-a-month commitment for the first year. Principal Scott Bohlender weighed in, and the idea for a series of after-school events called Fitness Fridays was born.

First up? Hoping to capitalize on momentum generated by the 2012 Summer Olympics in London, the PTA hosted its own Mariposa Olympic Games that August. Predicting only a modest turnout for the event, which included jump ropes, Hula-Hoops, a water balloon toss, a one-lap relay race, and obstacle course competitions, the organizing committee was bowled over when close to 200 students and their parents showed up to participate. That’s when the group realized they had something viable on their hands.

In September, the health and fitness committee launched the healthy eating component of their campaign. For Fruit Frenzy Month, fresh fruit donated by local businesses was distributed to students at recess to demonstrate alternatives to sugary snacks. Children were encouraged to bring fruit in their lunch on certain days, and a contest rewarded the class with the most participation. Similarly, there was Skip the Soda Week in March, Very Veggie Month in May, and several other inventive contests sprinkled throughout the year, all designed to teach the importance of making healthy food choices. In a real coup, students were convinced to donate 700 pounds of their Halloween candy to troops in Afghanistan!

Each new month brought another uniquely themed Fitness Friday. Flyers and automated phone calls alerted families to upcoming activities, including a 5-mile after-school hike on a nearby trail, an afternoon dance complete with a DJ, a martial arts lesson, a yoga class led by a former Mariposa teacher-turned-fitness instructor, and Bohlender’s all-time favorite—a Zumba class. At least one parent’s presence was required for a child to attend, upping the pool of volunteers available to help out in a pinch. Of course, more often than not parents could be found in downward dog position or busting a new dance move right alongside their children!

“It seems, as a PTA, we’re always asking for donations in one way or another,” says president Laura Echols-Mapes. “I wanted the PTA to provide something to the school that was free of charge but where the children would have a really great time and learn and have fun with their parents...and this has been it.”

Walk or Bike to School Day proved a popular spin on Fitness Friday. Students who lived close by walked or biked to school, while those farther afield had parents drop them off at strategic points so they, too, could join the well-chaperoned cavalcade of kids making their way to class on wheels or foot. When basketball typically grips much of the nation in March, Fitness Friday adopted the theme and the PTA organized an afternoon of appropriately scaled basketball games and instruction for all grades, dubbing it Mariposa Madness. Similarly, in the month of May, Fitness Friday shined a spotlight on the game of soccer.

Mariposa is fortunate to have a very active PTA—approximately 45 officers are installed and an average of 25 volunteers regularly turn up at events—but health and fitness chair Rocque admits it took a special kind of organization to pull off this many diverse events in one year. She used a sign-in process already in place for the PTA’s Run Club as a template to keep track of participation rates at Fitness Friday events and the nutrition contests. Boxes containing color-coded files for each grade labeled with teachers’ names effectively corralled the student pledge cards each child needed to have punched or signed off by volunteers when they participated in an activity.

It was important to keep score because all classes strived to earn the right to fly the coveted health and fitness flag outside their room. The flag was presented at a special assembly each month to the class that had accumulated the most participation points. It was a great motivator, prompting kids to take part in previously unattempted fitness activities and to sample healthy food alternatives they’d never considered before. Echols-Mapes, for one, was astonished to learn that some kids had never played jump rope. Simply offering orange slices at recess led to reactions like “I’ve never thought of having an orange as a school snack.”

Rocque attributes the initiative’s success to the sheer variety of activities offered. Her committee worked hard to offer something for everybody. Including a water balloon toss at the Mariposa Olympics, for example, illustrated her credo: “Even if you’re not the most athletic, you can still be there, moving and having fun. At least get them involved and go from there,” she says.

Running alongside the health and fitness lineup were the rest of Mariposa PTA’s yearly events, and they follow just as rigorous a schedule. The PTA is behind an annual fundraising “A-thon,” so named because whoever is in charge can do whatever type of A-thon they want, whether it’s a walkathon, a jumpathon, a relayathon, etc. They consult with a special committee to determine areas of greatest need, and amounts are pledged to acquire it. This year the event raised $14,000 to fund technology improvements in the multipurpose room.

The PTA hosts a huge fall festival that features elaborate gaming booths assembled and manned by parents as well as the school library transformed into a haunted house. A silent auction rounds out this fundraising event that has netted as much as $25,000 in just four hours. The PTA also oversees Reading Week, which encompasses a book fair and features guest readers, often parents in their professional attire—judge, doctor, police officer, and more—reading stories to students. Since Mariposa lacks funding for a school librarian, the PTA fills in the gap there as well, providing a steady stream of volunteers to check out books and supervise classroom visits.

Mariposa PTA is a classic example of how much one school can accomplish when a strong team of volunteers pulls together. To even think of adding another undertaking to their already busy calendar, especially one with the scope of the health and fitness initiative, was a bold move. But there are lots more kids out on the playground these days, Echols-Mapes says, and she credits Fitness Fridays for igniting a spark.

“It’s rewarding to see so many kids of all ages and ability levels getting involved and having fun while being physically active. It’s just something to see,” Bohlender says. “We have super students and an involved, caring staff at our school. However, Mariposa would not be the same school without the involvement of its PTA and parents. We would be a fine school, but we wouldn’t be a great school. They align themselves to help bring our vision of Mariposa to life.”

Set specific dates. Sit down and devise a master calendar with your committee. Events will only happen if you schedule them. “A once-a-month thing is doable,” says health and fitness chair Gina Rocque. Don’t bite off more than you can chew!

Draw from available talent. If you or someone in your group is or knows an expert who can lend advice or lead an activity, capitalize on the opportunity. Rocque lent her soccer expertise to the Fitness Friday with that theme, and on another occasion a former Mari­posa teacher who became a yoga instructor was asked to lead a class.

Employ inclusion tactics. “Give thought to how activities can be modified so they can be fun for everybody, whether people are really skilled at them or not,” says Rocque, who works in special education. Whatever your focus, you’ll only succeed at advancing the cause when everyone feel genuinely included. 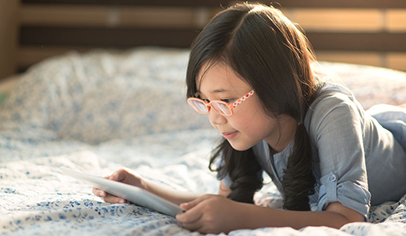