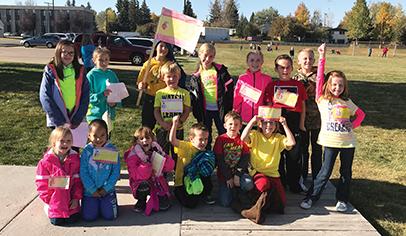 There’s something meaningful about a school event that was so memorable during a parent’s childhood, she wanted her PTA to replicate it at her children’s school.

That’s exactly how the Mini Olympics at Clark Elementary in Evanston, Wyo., came to be. PTA treasurer Karen Kimble enjoyed the event so much in her own school days that she approached her principal during the 2016-17 school year about hosting this event that combines physical activities with learning about other countries.

“I wanted my kids to have the same experience,” Kimble says. “Our principal was very open to the idea and helped get the staff behind it.” The first Mini Olympics was so well-received that the PTA hosted its second one in October 2017. 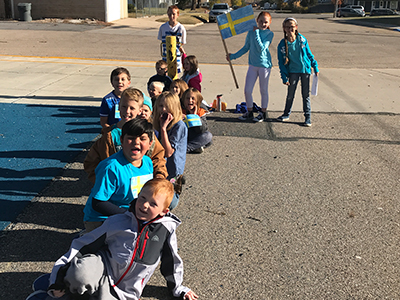 The games are held during a regularly scheduled half-day and take about three hours. Students are split into 11 teams that include two to three children from each grade (kindergarten through 5th) and that are captained by 5th graders. “The Olympics involve every single student,” Kimble says.

The PTA chooses the teams and tries to make them as balanced as possible in terms of grade levels and the numbers of boys and girls. The teams are formed as soon as the school year begins so students have time to prepare. Captains choose a country for their respective teams to represent during the Mini Olympics; because the event emphasizes learning about other countries, the United States is not an option. 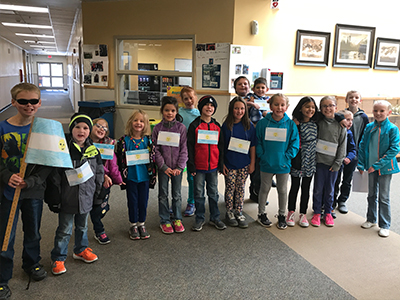 The 5th graders are allotted class time to research their countries to learn important facts—for example, what forms of money and government the country has. Then, they teach these facts to the rest of their team.

On the day of the Mini Olympics, the captains pick up their team members throughout the school and gather on the soccer field for an opening ceremony followed by a rotation through six stations: soccer kick, Frisbee throw, playground obstacle course, jump rope contest, basketball shoot, and curling (sliding hockey pucks across the gym floor). 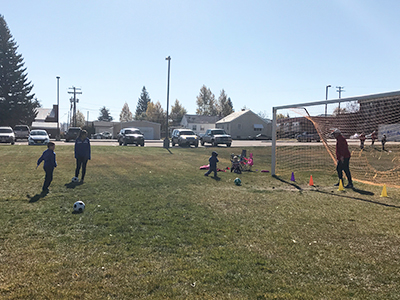 There is one team at a station at a time, and about 30 parent and staff volunteers supervise the stations. Kimble prepares detailed instruction cards and lays them out at each station so volunteers have clear explanations of the game rules and how to score the teams on athletic performance.

The principal and a teacher visit each team throughout the day to quiz the students on their country’s facts and score them on this knowledge, as well as give scores for team participation and team spirit.

The last activity is a shuttle relay race. All teams participate at the same time, and every student gets a treat at the end. The following week, the PTA tallies the scores and awards prizes: T-shirts for the first-place team and ribbons for the first-, second-, and third-place teams.

Kimble says the Mini Olympics is unique in that it teaches students social studies as well as valuable athletic and communication skills. “It creates school unity, combines physical fitness, and encourages the 5th graders to use leadership skills,” she says. “They’re responsible for kids younger than them.”

Kimble adds that she noticed a difference in her own young children at the school. “They normally wouldn’t know the names of 4th and 5th graders—they might see them in the hall and feel a little intimidated,” she says. “Now they say, ‘Hey, I know that one,’ and throughout the year they say hi.”

Training for the Mini Olympics

Eight to 10 weeks before