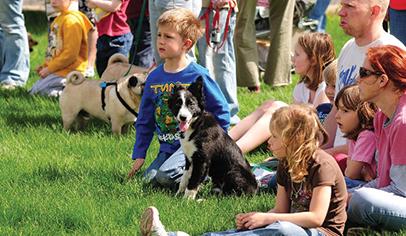 A PTO in Iowa builds a successful community event around canines and benefits local animal shelters.

While trying to come up with a new community event idea, Lori Weyhrich, PTO vice president at the United Community Schools in Boone, Iowa, had a quick series of thoughts:

• A new dog park in the neighboring town of Ames was wildly popular.

• As a dog owner and lover, she had noticed people spending all sorts of money on dogs for special toys, clothing, and grooming.

And then the idea for Paws on the Prairie was born. The PTO-sponsored event is a combination of a dog social, a vet clinic, and a silent auction. It not only brings together school families, but also families and dog lovers from the towns of Ames and Boone as well as area vets and local pet shelters.

The annual event, first held in 2010, takes place on the last Saturday in April. Most of the funds it raises are donated to area animal shelters.

“It seems, more and more, pets are part of your family,” Weyhrich says. “So, to have someplace to bring your dog and show it off, people love that.”

First, families are encouraged to attend with their pets and mingle with other dog owners. Dogs are charged a $5 entry fee and humans attend for free. Dogs get a bandanna and a goodie bag. (The contents vary from year to year but typically include treats and donated products like dog toothpaste.)

Then there are a series of activities, including canine agility and herding demonstrations. Last year, a local law enforcement agency presented its K9 team. Meanwhile, a local veterinarian ran a clinic where dogs could get microchip identification implanted under their skin for a fee of $25.

Booths are set up from local vendors and area animal shelters. Weyhrich gets information ahead of time from the shelters about their needs, and the PTO encourages attendees to donate items such as used blankets and bleach to the shelters. At the event, the shelters advertise about pets available for adoption.

What’s more, a silent auction runs for much of the day in a large barn on the school property. Most of the silent auction items come from donations that Weyhrich secures before the event. For example, last year’s silent auction included an autographed book from Victoria Stilwell, a well-known dog trainer and TV personality.

Weyhrich says the PTO is considering expanding the scope of Paws on the Prairie next year to work with a local organization that hosts an annual walkathon. The idea would be to encourage event attendees to walk with their pets.

“We don’t have a lot of manpower,” Weyhrich adds. “So, if I can bring in another group, together we can bring in more people.”

Paws on the Prairie

A community event that brings together families and their furry friends and gives everyone a chance to mingle and support local pet shelters.

Be creative: Each year, the United Community PTO has added new kinds of dog demonstrations to entertain attendees. Agility and herding skills are particularly fun to watch.

Square away any legal issues: Check with the school administration on issues of liability and check on your group’s insurance policy. With an event involving lots of dogs, there is a chance one could injure an attendee, and the PTO could be held responsible.

Plan ahead for the silent auction: Weyhrich has found that some companies need a six-month lead time for product donations. She said she plans to start contacting potential donors in October for the next Paws on the Prairie, which will take place in April 2013. 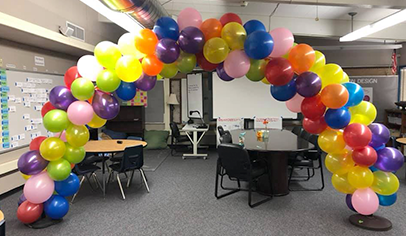