Judges' Choice: Risks That Paid Off 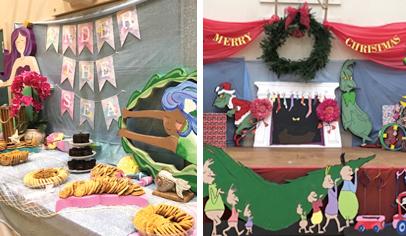 “The PTC increased enthusiasm to an amazing level,” principal Dustin Haley says. Among other efforts, parents redesigned the staff room, organized free lunches, beefed up the after-school enrichment program, and raised an unprecedented amount of money. “A lot of it was thinking outside of the box,” Haley says of the PTC’s successes this past year. “They took some risks and tried some new things.”

PTC president Rebecca Snyder says the group of eager parents met last summer to find others who wanted to be involved in making big changes. They strove to reach fellow parents in new ways and reenergize this population to engage with the school.

“We wanted to make it really clear to parents that we were them,” she says. “There’s nothing different about us—we’re parents just like them.”

When newsletters and emails didn’t reach parents in a significant way, the PTC looked elsewhere and decided to revitalize the Facebook page. “There have been a ton of comments from people in different parts of the school community,” Snyder says. “The page is a mix of humor and letting them know what’s going on at the school and where money is going.”

They also worked to make fundraisers more interesting. To kick off the readathon challenge, for example, Snyder created a 20-foot pirate ship out of PVC pipe and installed it at the school in the middle of the night to surprise students the next morning.

The year was not without challenges; parents struggled at times to maintain their energy levels.

“We hit it really hard in the beginning, and there’s a midway slump where parents are trying to run their own families and lives, trying to maintain the group, and keep focus on what we needed to do through the end of the year to finish strong,” Snyder says. “We all had our up moments and our down moments. We helped each other through it.”

She believes that any group can boost participation and morale if it taps into the resources available, even the ones that aren’t obvious: “Your school is probably so full of talented people who have unique abilities and might be able to help in a hundred different ways, if you just find a way to reach them.”