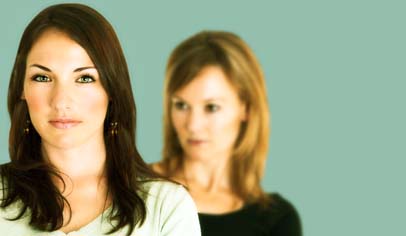 Find the right words so that difficult conversations don't derail the group's work.

As leaders, we are expected both to hold and articulate the vision for our parent groups. We’re also expected to be on top of the thousands of details that need to be accomplished to meet all of our goals.

We can’t do this huge job alone! All leaders, from business CEOs to school principals to parent group officers, depend on their influence and skill with others to get the job done.

Many leaders find it especially challenging to communicate with others when there is a disagreement or negative feedback to deliver. We try to smooth over rough situations with passive responses, from silence to pacifying words. The waters may stay calm, but we don’t get what we want and may feel taken advantage of. On the other end of the spectrum are those who tend toward an angry, aggressive response. Their scathing words may get them what they want at the moment but ruin working relationships for the future. Neither of these kinds of communication really achieves the result we’re hoping for.

The alternative style of communication, designed to facilitate constructive, two-way communication, is called assertiveness. "Assertiveness" means stating clearly what you feel, need, or want, and listening to the other person’s feelings, wants, and needs. It isn’t easy, and it doesn’t always work. But it allows you to keep your own self-respect and often to win the respect of others.

Let’s look at the formula applied to an example. Here’s the situation. You have discontinued a friendship with another member of your group over a misunderstanding that happened at a PTO meeting. You miss the friendship but are reluctant to approach the other person. You know that she is unlikely to take the initiative. You decide you must break the ice. Using the formula, one group at a Boston-area PTO conference came up with the following script: “I feel sad when misunderstandings occur. I want to be friends so we can be comfortable with each other again.”

The group followed the formula perfectly. If this were all that is involved, communication would be a cinch! But now we have to factor in what the other person might say in response. This is a two-way street. When asked to imagine a realistic response to their first attempt at communication, the group came up with the following:

“I’d like to be friends, too, but I was really hurt by what happened. I want to talk about it, and then maybe we can work things out.”

In the minds of the people in this group, their overture worked, and the response they got back was everything they hoped for.

What happens when what you get back isn’t ideal? Sharon and Gordon Bower, in their book Asserting Yourself: A Practical Guide for Positive Change, call the negative or defensive response a “detour.” Detours involve any response that attempts to take the focus off the other person’s behavior and direct it elsewhere. Among the many examples of detours, the Bowers include the following:

Think of any conflict you’ve had to deal with in the past and see whether you can identify detouring responses in your conversations!

Now what? Again, several strategies work well depending on the situation. One answer lies in sticking with your assertive message. Teachers call this the “broken record” when working with students on resisting peer pressure. Repeat your main point about what you want to have happen.

For example, if the misunderstanding between friends had gone a little differently, the person being approached might have said, “This isn’t the right time or place. I can’t deal with this right now” (a put-off detour). Repeating your message might help her hear it: “I miss our friendship. I want us to have the comfort with each other that we need to at least work on our PTO projects together.”

Another approach is to disagree with the other person’s assertion. This strategy has the advantage of being straightforward and relatively simple. It’s a way to throw the ball back to the other person. If, for example, the former friend should say, “I don’t really think it was a misunderstanding” (a denying detour), your reply might be, “Oh, I think it definitely was.”

Or find something you can agree with about the person’s reply, and then add a “but.” Another example developed by the PTO conference participants in Boston illustrates the technique. The situation involves “you” being the new chair of your PTO’s major fundraiser.

For the past five years, the fundraiser had been chaired by one person, Sue, who did an outstanding job. One member of the committee constantly refers to the way Sue did things, and you realize that her constant references to Sue are her way of criticizing you. You feel this indirect criticism is unfair and interferes with your ability to function well in your new position.

Using the formula, the group proposed the following opening statement:

“I feel distracted when we dwell on the past. I want to focus our energy on the task at hand so we can have a great fundraiser.” The response: “Let’s not try to reinvent the wheel. Sue had some great ideas that we could use with the task at hand!” (They used negative body language and debating detours.)

Using the “agree, but” strategy, here is the assertive reply: “I agree that Sue was successful with some of her ideas, but trying new ideas might bring in new people, ideas, and money, which is what we’re here for.”

These are not the only possibilities. Others include redefining a negative label and asking a question for clarification. Stipulating negative consequences may also be used, but only when you feel pushed to the limit, as it may backfire. The point is, with practice you can move away from ineffective exchanges that have you backing down or losing your temper in a touchy situation and not getting what you need or want.

# confused 2008-04-30 16:39
Question? Does the principal have the right to deny a nomination for president if the person has never been chaired anything before? we have a parent (a Dad) who wants to step up and help (and many other parents want him to be president rather than the current choice) but we have heard that the president won't accept his nomination. Not sure that she has that right - does she?
# Kathryn Lagden from PTO Today 2008-05-01 15:21
confused - who can be nominated, how, and by whom should be spelled out in your bylaws. If you have any questions about bylaws in general or how to address the issue of getting people to follow them check out the bylaws section on our message boards. Lots of folks with a good amount of experience that can help. http://www.ptotoday.com/boards
# Lee Wright 2008-12-02 12:53
We in education need more sites and articles that deal with practical tips about dealing with difficult conversations. Its a subject that we must all deal with and that can make us or break us as leaders of children and adults yet it is largely overlooked. Your articles provides solid basic skills for dealing with difficult conversations.
Refresh comments list
RSS feed for comments to this post