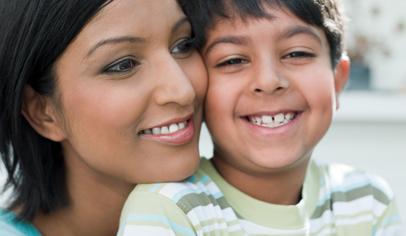 A twist on the traditional father-daughter dance offers music, activities, door prizes, and a chance for parents and kids to bond.

Imagine 100 elementary-age boys enjoying themselves at a school dance. Now imagine that their eager dance partners are their own mothers. That’s what happened one memorable night last spring at Atkinson Elementary in North Andover, Mass. “Boys 1st through 5th were literally having the time of their lives—with their moms,” says Cheryl Means, Atkinson Elementary PTO president and chairwoman of the dance committee.

This was no night for Arthur Murray or even John Travolta. The limbo, the freeze dance, and the Hula-Hoop contest highlighted the evening. And 90 boys lined up with 90 moms to step out, with varying success, to the Electric Slide.

“What made it all worthwhile for me,” says Means, “was my ride home with my son, who I previously thought of as a nondancer, sports-only child. He said, ‘Mom, this was the best. Can we do it every year?’ ”

Atkinson Elementary is a 288-student, K-5 school in an upscale suburb about 40 miles north of Boston. The town already had a popular Valentine’s Day father-daughter dance, organized by another school. But there was no mother-son event. The challenge for the eight moms on the PTO dance committee: Organize an event that would attract boys in grades 1 through 5 and also be popular with moms.

The first important decision involved choosing a name for the event. “At that first meeting we originally came up with the idea of ‘The Mom Prom,’ but...lots of kids don’t know what a prom is, and the name wasn’t geared toward the kids,” says Means.

Instead, they chose Mother/Son Jammin’ Fun. The name was inspired. The promise of “jammin’ fun” proved too tantalizing to pass up. “It grabbed even those 5th graders who were saying they wouldn’t go,” Means says.

The group settled on two important keys to the event: Keep it active, and provide plenty of diversions. “One person did research on the DJ, knowing that was an integral part of the whole thing,” says Means. Other parents organized the food, a raffle, ticket sales, decorations, and volunteers. A dad developed a logo for the dance and created the tickets. “We put this together in about six weeks,” says Means. “Our committee, soup to nuts, did an outstanding job.”

The search for the DJ was limited to people who had worked in schools before. Prospective hires were asked for ideas on how to keep the kids interested. One suggested karaoke. Another proposed small sports competitions throughout the evening.

The woman who was chosen organized such favorites as the chicken dance, the hokey-pokey, a human-chain dance, the twist, the freeze dance, and the limbo. “The DJ was absolutely phenomenal,” says Means. “She knew when to do a special limbo or Hula-Hoop dance to keep the kids interested.”

The DJ also had a stash of fun items supplied by the PTO, such as giant sunglasses, “head boppers” (plastic headbands with springs supporting two smiley faces), and inflatable musical instruments and balls. She tossed them to the crowd throughout the evening.

A series of raffles featured donations from local merchants. Among the 10 prizes were a three-month membership to the YMCA; a pogo stick; a logo sports jacket; a gift certificate to a martial arts store; and two tickets to a Boston Celtics basketball game, donated by a parent. Raffle tickets were a dollar each.

In the hallway outside the gym, dads manned an assortment of food booths. “It was just snacks,” says Means. “We wanted it to be easy and not a lot of food.” The PTO rented a popcorn machine, a giant-pretzel warmer, and drink fountains dispensing punch. Other food choices included bottled water, coffee, and some baked goods, such as cookies and brownies, provided by parents. The food was free.

The PTO also rented a jumping castle and brought in a photographer for the night. The photographer offered two choices. One was a mother-son portrait. For $20 moms could purchase an 8-by-10 picture or two 5-by-7 photos. The photographer used high-end digital equipment, says Means, and the photos were available immediately.

The second choice was far more popular. Boys dressed as a New England Patriots football player, holding a helmet with the team logo. Each photograph was inserted onto a faux Wheaties box. The football photo cost $11. Parents paid the photographer directly, and there was no expense to the PTO.

The gym was decorated in red, white, and blue. “Each centerpiece had a sports theme, and those were the door prizes,” says Means. They consisted of small treasures such as tennis balls, a visor, and sweatbands. “We had drawings for them throughout the night,” she says.

At the beginning of the event, each mother was presented with a corsage consisting of a red carnation, white baby’s breath, and a blue ribbon. The boys received a hand-size plush dog. Mothers marched proudly into the gym, through an honor guard of boys set up by the DJ. Boys tossed their toys in the air during the opening dance, “Who Let the Dogs Out?”

The evening went off without a hitch. “I had five moms call me at home the next day saying ‘Can we do this next year?’ ” Means says. “We do some pretty great things with the PTO, but never have I had anyone call me at home and say that.”

The debate now is whether to open up the event to other schools. The father-daughter dance is a townwide event and a significant fundraiser for the sponsor school. But Jammin’ Fun’s success grew partly from its size. “There are some of us who liked the fact that it wasn’t huge and you knew everybody there,” says Means.

The highlight? “Just the fact that the kids were not shy to be with their moms that night, that they did really participate and dance with their moms,” Means says. “I know many people, including myself, felt this was a real bonding experience with our sons.”

Tips and Ideas for Sweetheart Dances

# mary 2008-04-21 19:02
We are looking for new family fun night activities. I liked your dance idea. Was this a good fundraiser for you? What were the average of the boys. What was the day and time of the dance? Did boys take other "significant women" with them instead of moms, like aunts or grandmas? Thanks!
# Kathryn Lagden from PTO Today 2008-04-22 16:45
Hi Mary - our message boards are a great place to get help with specific questions about organizing this type of event. Take a look at the "Involvement Ideas & Challenges" category. Lots of good stuff in there about family events. www.ptotoday.com/boards
# Jennifer 2008-06-24 23:07
I love this idea, it sounds like alot of fun, my son would love it ! thanks for sharing.
# Josei 2008-08-08 04:16
I would have loved attending this dance with my son's. I can see them enjoying all aspects of it.
# Laurie Churchill 2009-01-24 00:05
We are planning a Mother/Son Dance and we do not have the money for a DJ so we will be our own DJ. Does anyone have a play list?
# Helen Banner 2011-04-05 05:39
What was the cost for this event? Was it in the evening during the week or weekend? What was the dress? What kind of small sports competitions did you do?
# Craig Bystrynski 2011-04-07 22:10
Helen -- It's been quite a while since this took place and the article was written, but as near as I remember, the event was on a weeknight (Thursday?) the dress was school clothes -- ie nice but not semi formal, and the event was free. Sorry, but I don't remember what the small sports games were.
# Lisa 2012-11-13 17:11
We just did an amazing Daddy-Daughter Princess Ball (fundraiser) with over 800 people attending. We got a lot of comments about wanting something for moms/sons. I would love any Theme ideas or activities that went on through the night. The Daddy-Daughter they just danced to DJ music... but it seems that boys might something more. I'd love ANY input and ideas!
Thanks!
Refresh comments list
RSS feed for comments to this post