Build Support for Your Product Fundraiser 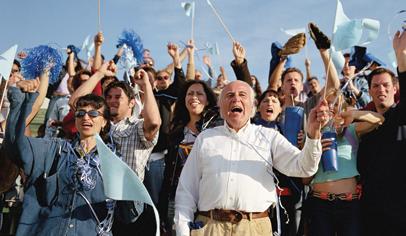 It takes more than good organization to have a successful sales fundraiser; get better results by creatively promoting yours to families and the community.

Every good product sales fundraiser involves organizational work: passing out catalogs, sorting order forms, collecting money and matching it to orders, keeping things straight on pickup day. But there’s another side—sales and marketing. That’s the part where you get kids excited about selling and adults motivated to buy. How well you manage it can mean the difference between rising profits and sagging sales. Creative promotion and community outreach can generate energy for your fundraiser and broaden your market.

Promotion begins at your kickoff event. At Pritzker Elementary in Chicago, the PTO is out in force when parents pick up report cards. Members use signs and samples to introduce parents to the grocery fundraiser. Flyers are a popular tool, too; Pritzker parents received a letter from PTO chairwoman Ericka Boone asking them to become “sales captains” for a catalog fundraiser by taking brochures to “work, church, your neighbor’s house, the coffee shop, anywhere!” Parents also got flyers about other fundraisers to distribute at the train depot nearby.

Signs help, as well. Broad Street Elementary in Nashua, N.H., puts election signs out front that say “Support our school fundraiser,” and the marquee denotes the name and dates of the sale. Placing signs in the community, if permitted, attracts additional attention. The PTO at Ryerson Elementary in Madison, Conn., promotes some of its fundraisers in key spots such as the town green and a heavily trafficked circle in the center of town along with a banner over the main road.

Another key piece in building community support is media coverage. The Ryerson PTO has been successful at generating newspaper attention for its fundraisers, especially in a weekly paper delivered free to all homes. “We’ll take a picture of kids eating pies or something like that, and lots of times it gets the front page for us,” says PTO president Denise Harvey. “The paper loves pictures of kids and activities in town.” That publicity creates more awareness among people without children and helps kids sell the products. And if people don’t happen to run into someone who’s selling, the newspaper publishes contact information.

Community members are most likely to purchase products brought to where they are. Some students at Lake Street School in Vernon, Conn., get permission to sell in front of the local supermarket. Volunteers at ArtSpace Charter School in Swannanoa, N.C., have gone even further, taking wreaths to a Christmas festival and a Christmas parade in nearby towns, setting up a booth, and hanging about 25 of the festive garlands on an old closet door at each event.

Once established, community support can easily grow. At Swift River Elementary in Belchertown, Mass., the PTO built contacts with local businesses while selling squares for a town-themed Monopoly game. The game was a fundraiser for a new playground, and 10 local stores agreed to sell the finished product. Another effort on behalf of the playground was applying for assistance from CVS Pharmacy’s charitable foundation. Not only did the PTO receive a $5,000 grant; employees at the company’s local store decided to help through fundraisers of their own, as well, raising another $1,400 through book and bake sales.

You can reach an even wider audience through the Internet. At Palmyra (Pa.) Middle School, the PTO emailed a hundred school volunteers with a code and a website link for ordering magazines, encouraging them to forward the information to friends and relatives. Included was a publisher’s incentive that for every three subscriptions from a single household, a tree would be planted in honor of the school; the homeroom with the most trees planted would receive $100, and students with at least nine orders would receive a battery-powered mechanical pig for a race at school.

Perhaps the most important point was that ordering online would make magazines arrive faster. “We got a whole bunch of orders online this year; people were taking advantage of that,” says PTO president Renee Seibel.

Even fundraisers connected to local businesses can sometimes benefit out-of-towners. When the joint PTO for several grade schools in Troy, Ill., sold coupon books for local attractions, relatives who ordered via the website could get a book geared to their own area, says PTO president Lisa Thomas.

One of the drawbacks of online orders may be that customers have additional costs for shipping and handling. But there are ways around that. For a coffee fundraiser at Grace Norton Rogers Elementary in Hightstown, N.J., the company offered free shipping with online orders placed through December, says PTO president Gina Mastro. And shipping is often free for orders over a certain dollar amount.

Fundraising for a Purpose

Selling a product is a lot easier when you can tout the cause it will support. “We feel that if we have a specific goal, people are more inclined to have a concrete image and get excited,” says Ann Judge, copresident of the PTO at Carpenter Elementary in Ann Arbor, Mich. “Next year, we will do that with every fundraiser.”

At Broad Street, students are reminded during the fall gift-wrap sale kickoff that the fundraisers help pay for the cultural enrichment program. “We always tell the kids something like, ‘Remember the puppet show? Did you enjoy the last assembly?

If you did, this is what pays for it. The fun you had is why we do these fundraisers,’” says PTO president Lori Gilcreast.

At Pritzker, the sale of Market Day food products is tied directly to parent concerns. Parents were unhappy about outdated computers and the lack of a full-time computer teacher, so funds from Market Day were designated for new computers and a faculty salary supplement. “We took that concern and showed them a solution,” says Boone. “We try to reiterate that all the time. Yes, there are always problems in any organization, but we can be agents of change.”

You can also reinforce your message by tying the product you’re selling to the reason for its sale. For example, Ryerson Elementary held a book fair to benefit the library. And connections can be made in other creative ways—a group called PLAY (Parents Leading Active Youth) is collecting used Halloween costumes to sell as part of a drive to renovate a community park in Radford, Va. Patrons will be reminded of the reason for the sale if the group is able to hold it in one of the park’s shelters, as PLAY director Kris Barnes suggested.

Even if you’ve broadened your base, it’s important to avoid overlap with other local fundraising efforts. The Palmyra PTO discovered this from experience. Last year, the group held a magazine fundraiser at the start of the school year, which had begun earlier than usual and resulted in lower profits because of summer fundraisers wrapping up for sports teams. “By the time it got to the school magazine drive, people were fundraised out,” Seibel says. This year, the PTO postponed its magazine sale until mid-October but then discovered that another school had just completed the same fundraiser.

Coordination helps avoid such competition in Madison, Conn.; the Parents’ Representative Council, which includes all area schools’ PTO presidents and vice presidents along with the superintendent, meets monthly.

One effective approach can be to spark community interest by selling a product made locally. These sales often aren’t big moneymakers, and it’s important to limit your fundraisers to two or three a year. But they do start with a built-in audience and can be a nice supplement. Ryerson netted $1,700 selling pies and cookie dough from nearby Lyman Orchards. Its name recognition and the public’s personal experience had great appeal, says Harvey.

Lake Street made $2,000 selling pre-Easter sweets such as candy bars, chocolate bunnies, and gummy worms from Munson’s, an area business that people eagerly supported. Plus, folks could pay the same amount as if they visited the store but without having to drive there. “My husband sells the candy at work,” says PTO copresident Michelle Spadaccini. “People ask him about it every year. They look forward to it.”

Ferguson Township Elementary PTO in Pine Grove Mills, Pa., sells hoagies and pizza from Marianna’s Fundraisers, a popular family-owned business located about an hour away. Three or four times a year, the company delivers the preordered products to the school around 3 p.m., when a team of PTO volunteers unloads the truck and sorts the food for pickup. The PTO sells about a thousand items at each sale, collecting about 50 cents to $1 in profit per item. “I was amazed by how much money we made,” says PTO copresident Jill Lemke, adding that many people take the form to work and bring the food in the next day for lunch.

At ArtSpace Charter School, the community partnership committee, which includes parents, collaborated with a local Christmas tree farm to peddle its Christmas wreaths. This first-time effort netted $500 on the sale of 100 wreaths, and they plan to double the inventory next year. The goal was to elicit more community involvement and to broaden awareness of the school’s name, as well as to kick off a capital campaign for a performing arts center.

“It went over very well,” says committee chairwoman Marlene Frisbee, a community member with no direct ties to the school beyond her volunteerism. “We are now known as the school that sells the wreaths.” 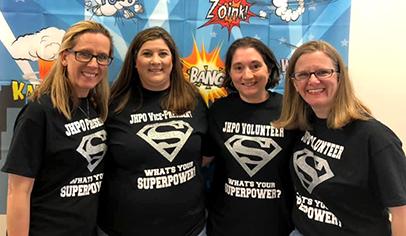 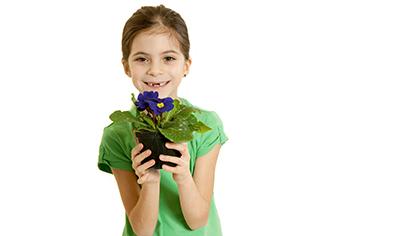 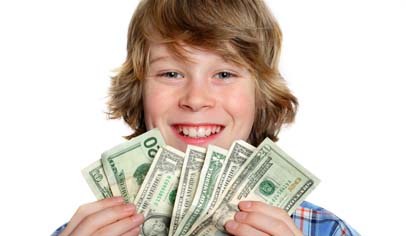