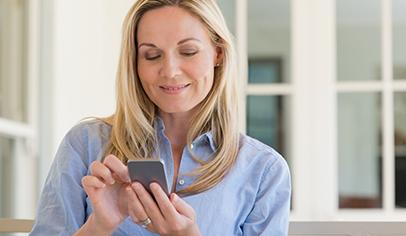 Messaging services can make it easier to stay in touch with board members and families.

More parent group leaders are using messaging apps to stay in touch with each other and with their school communities. Apps like Messenger, Remind, and GroupMe haven’t replaced group emails and flyers, but they have become another way to communicate with parents.

Why messaging apps? In schools where some families don’t have Internet access, most parents can still get text messages and use apps on their mobile phones. Plus, as text messaging has become more mainstream with parents receiving messages from school administrators, baseball coaches, and dance instructors, email can sometimes seem old-fashioned and less immediate.

Members of our closed PTO and PTA Leaders & Volunteers Facebook group report using a private Facebook group for their own officers to conduct board business. This lets the officers share ideas and photos taken while shopping and for others to see and comment on them, for example. If you create a private Facebook group, remind people joining the group to sign up to receive notifications so it’s easier to find messages when others post.

PTO officers at Indian Hollow Elementary in Winchester, Va., use Messenger because it’s easily accessed both by officers with Facebook accounts and by one board member who doesn’t use Facebook. Messages are frequently sent through Messenger when the PTO is planning an upcoming event, notes treasurer Dawn Custer. “It takes away time having to sit through a long meeting or waiting weeks for an answer,” she says. (Messenger used to be part of Facebook, but it’s now a standalone app.)

If everyone in the group has a Gmail address, Google Hangouts can be used for messaging and video chats. Up to 10 people can join a video chat, making this a useful tool if a committee chair wants to show members auction donations without toting them to a meeting, for example. You can also share photos and website links, which comes in handy when making decisions about event decorations or activities.

Several leaders have said their groups use BAND, which has a group calendar feature that simplifies planning. The app includes group texting and group chat. Users might start a group chat to brainstorm ideas for teacher appreciation. Then the teacher appreciation committee can finalize plans and use the app to share a file with the details.

Although it’s known as a workplace communication tool, some parent group boards have begun using Slack to stay in touch. Users set up a separate channel for each project or topic they’ll discuss and can share and comment on files.

Voxer can be used as a walkie-talkie app to send real-time or recorded voice messages. Say you want to remind committee members of your meeting time, but you don’t want to take the time to text or email? Record a voice message and send it out.

Messaging apps don’t replace hard copy flyers for getting the word out for one key reason: Parents have to actively sign up to receive messages, so in most cases messages go to only a portion of school parents. But many teachers have adopted messaging apps for their own classroom communications. In these cases, the parent group may have greater success.

Discussions in our Facebook group show that the most popular choices for messaging apps are GroupMe and Remind. With the GroupMe app, you can create different groups to receive messages for individual events, like a carnival and teacher appreciation week. A leader in our Facebook group says it’s simple to add new people or create new groups so you send information only to those it applies to.

The Vermilion (Ohio) Elementary PTO decided to try the Remind app for parent messages because the school’s kindergarten teachers were already using it to send classroom reminders. Parents sign up to receive messages that the PTO sends through Remind as text messages, emails, or both, or by accessing the app on their phone.

The Vermilion PTO used the app to coordinate donations for a teacher salad bar during parent-teacher conferences. Rather than looking back through multiple emails or text exchanges, leaders could view all responses to their Remind messages in one place.

“It’s an easy way to keep everyone on the same page,” says vice president Kristen Broeckel, who adds that leaders use the app to remind people of the volunteer time slots or food donations they signed up to bring. “It has allowed us to get a lot more volunteers involved because it allows them to interact with us at any time of the day without them thinking that they are bothering us or disappointing us.”

While most leaders mentioned using Remind or GroupMe, there are many options for text messaging services. Other providers mentioned by leaders include:

Think about how you’ll use the messaging service most often. Will it primarily be used for officers to keep in touch with each other or to promote events and volunteer opportunities to parents? You might decide to go with an all-in-one solution or to piggyback on something people are already using.

To get more parents signed up, send home a flyer with instructions and regularly mention the text messaging service in your communications as a good way to stay in the loop with what’s going on at school.

Unless you can be sure messages sent through an app will reach all school parents, also announce events through other channels, such as flyers, emails, or newsletters. Text messages work well for day-of reminders about meeting or restaurant fundraiser events, or night-before messages reminding parents about a crazy hair day or an early dismissal time.

Plan ahead for passing the reins—update your admins so your group doesn’t lose communication momentum when new board members take over.