Managing Discord on the PTO Board 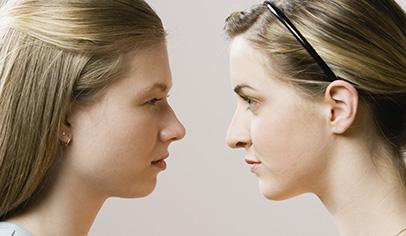 Disagreements among board members are bound to happen, but they don’t have to be deal breakers.

We join the PTO board because we care deeply about our kids’ educational experience and want it to be the best it can be. In the process of all the hard work and time spent, strong friendships can develop. But even when board members have similar goals, uncomfortable and sometimes disruptive disagreements can occur—making it difficult to get the job done.

This friend-or-foe predicament doesn’t have to be the case, though. A difference of opinion can be beneficial to any group; it’s just a matter of knowing how to best handle that difference. In fact, there are many strategies to help PTO boards run as smoothly and be as productive as possible, while keeping budding and longtime friendships intact.

A good first step is to talk about your PTO’s goals and mission statement, if you have one. This helps board members keep the bigger picture in mind as they consider PTO business. It’s also a good idea to review your group’s bylaws and go over the decisionmaking process with newcomers. For example, let it be known that while the bingo night committee will take suggestions, it has the final say over event details.

Recognize the various roles that PTO leaders play and the different hats that leaders may need to wear at different times. Everyone should be clear that the role of a parent is not the same as that of a board member, says Susan J. Ellis, president of Energize Inc., an international volunteer development consulting group based in Philadelphia.

Some PTO disagreements surround conflicts of interest, such as when a problem at the school affects a board member’s child in particular. These conflicts are bound to arise since so much of what you do affects the students. At times like that it’s important to keep the broad perspective of the group’s mission in mind.

Especially when friendships between board members are already close, it’s essential to define the “all business and nothing personal” relationship that friends need to maintain on the board. “It says we won’t play favorites,” says Ellis, author of more than a dozen books on volunteer leadership. “It sounds so simple, but sometimes defining rules and roles are the most important things anyone can do.”

Both parties need to recognize that serving on the PTO board is not an extension of the friendship. Of course, the two can be friends and share that interest, but they need to take their PTO officer roles seriously—being open and honest about what that means.

This involves keeping your personal disagreements out of board meetings as well as avoiding the appearance that a friend has undue influence because your kids play soccer together. Meetings aren’t the place for side conversations with a friend, whether they’re about PTO business or that day’s carpool. If such conversations keep occurring, gently remind board members of your group’s procedures for discussing and voting on issues, and make sure those procedures are followed.

Having a unified board with an understanding of the rules helps bolster the bigger perspective—that the group is concerned about the good of the whole school, not just a couple of kids whose parents are on the board.

When close friends are on the board or several friends serve together, it can give the impression of a clique. That can be a major turnoff to other parents, who in turn might not want to step up and volunteer. At Roberts Elementary in Houston, the PTO works to prevent a clique appearance by communicating its goals at the beginning of the year as well as by holding a back-to-school meet and greet with all the committee chairs, elected officers, and school administrators. “This was a great way to welcome in new board members and make them feel included,” says PTO president Jennifer Thornton.

Another way to help prevent the clique mentality is to be honest and up-front about relationships that exist outside of the PTO. Acknowledge that you were another officer’s maid of honor, yet make an effort to avoid the appearance that the PTO is “the best friends show.” Avoid cochairing a committee with an old friend; try to recruit a new leader instead. If the two of you are in the habit of going to lunch before meetings, invite others to join you.

Be aware of appearances. Even if officers don’t see their group as a clique, it may seem that way to others. Asking everyone to sit at different seats at each board meeting or at separate tables during the general membership meeting can also be helpful for encouraging the inclusion of others and avoiding the clique label.

When disagreements happen, the best way to deal with them is to be direct. At Queen of Angels Regional Catholic School in Willow Grove, Pa., two schools were merged into one new one. The two parent group boards also merged, resulting in some hard feelings on both sides. At a recent board meeting, there was talk that one group had been trying to dominate the other.

Mitchell D. Nama, vice president of the new Home and School board, heard the talk and asked leaders to be specific about who said what—right then and there. In fact, says Nama, being direct and getting problems out in the open seemed to stop any further rumors from forming. “My focus is not to let the board be where rumors get perpetuated. It should be where we figure out [the miscommunication] and then the right communication goes out,” says Nama, who has served as vice president for three years.

Similarly, when there is a known bigger problem, Ellis advises the president to be clear about the purpose of raising the issue at a meeting and to give members the opportunity to weigh in in a businesslike manner. Beware of more vocal members drowning out quieter members who should have equal say in a situation. Keep in mind that if board members don’t have a chance to say what they think in the meeting, they may end up venting about it to others after the meeting is over, which can set the stage for future conflict. “Remember, sometimes it’s not what happens at the meeting, it’s what people don’t say at the meeting and what happens in the parking lot,” Ellis says.

Another way of keeping the peace on the board is for each member to acknowledge one positive thing that happened at the meeting. Also, it can be helpful just to admit that some people still aren’t happy and that it was a difficult meeting but that the group didn’t shy away from tough issues.

And sometimes members can gain perspective by simply taking a break from the group to remember its real purpose. “I love walking out to the playground and seeing the children just being how they are. They are not concerned about who will run the carnival, testing statistics, or the need for more library volunteers,” Thornton says. “It helps to see that the kids are thriving in and out of the classroom and that all the hard work and support of the PTO make it happen on a daily basis.”