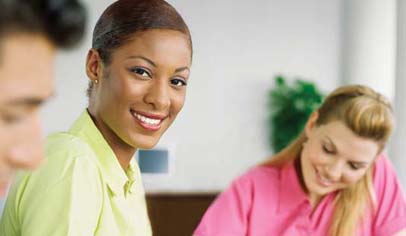 Parent group presidents recall the worrying, the nerves, and the lessons learned from their first time wielding a gavel.

When the first fall PTO meeting started at Evergreen Elementary School in Mosinee, Wis., last year, Ann Pagel was the organization's secretary. By the end of the meeting, she had become the president. The need to slip suddenly into a role another parent had to abdicate didn't leave much time for preparation, and Pagel remembers that the next meeting didn't go exactly as she'd anticipated.

"I felt a little bad because other people kind of took over to lead the meeting," she says. "I thought I should be leading because they elected me, but I didn't mind the help, either." She would introduce a topic and someone else would run with it, leaving her feeling a bit like Wile E. Coyote watching the Road Runner zoom by. Looking back, however, she views the experience with a more seasoned perspective. "Working as a team, you don't want to present yourself as above anyone," she says. "When others started taking over, I didn't necessarily intercede. We have enough trouble getting people to be part of the organization. We try to get things to run as smoothly as possible."

That first anxiety-riddled meeting as the PTO president lodges in the memory. "I was terrified, very nervous, basically scared to stand up in front of all these people and talk," says Katie Jones, president of the PTO at Marengo Elementary School in Marengo, Ind. "I worried about it from the start. I thought about it for several weeks before the actual day. I didn't want to think about it too much so [that] I didn't get any more worried than what I was."

But when the day finally arrived, Jones grasped the outline she'd prepared, rose from her seat at one of the clustered round tables, and spoke loudly to the 31 parents and teachers gathered in the cafeteria. She and the other officers reported on the success of the Fourth of July booth, on plans for the upcoming fall festival, on ideas for a "Special Person Day" when kids would bring a special person to school with them, and on buying a supply of shirts as back-up attire for children who have accidents at school. "The most encouragement was that they were quiet and actually paid attention," she says. Ideas were generated, questions asked. And if Jones didn't know an answer, the principal did. The format worked so well that Jones says she hasn't changed the way she does things now—except that she's a lot less nervous.

Uncertainty about leading a parent group meeting often stems from inexperience with parliamentary procedure and a lack of familiarity with an organization's own bylaws. Andrea Senn, PTO president at Shrewsbury Elementary School in Shrewsbury, Pa., thought she had created a more logical order of action when she led her first meeting. "I changed it so the principal talked first and gave a recap, but really the treasurer is supposed to speak first," she says. "I thought my changes made more sense and made the meeting flow better, but I didn't follow the bylaws. My agenda wasn't in the exact format. I changed it back for the next time."

Christina Shelton, PTO president at Chatham Middle School in Chatham, Va., went from a school that didn't run meetings according to parliamentary procedure to one that did, so she read up on Robert's Rules of Order on the Internet. Even though she'd had plenty of public speaking experience from her sales career, from coaching baseball, and from previously serving on a school board, she admits to feeling very nervous about doing everything just right. "It was an adjustment coming from what I was used to because it was more formal," she says. "But everything went smoothly."

Language presents a challenge, too. "The hardest thing was remembering the terminology when we passed our budget or minutes, that whole routine you do," says Jeanine Rossi, president of the PTO at Coolidge Elementary School in Wyckoff, N.J. "I remember writing that down so I'd remember, things like 'Do I have a motion to pass? Second? All in favor? Any nos?' That little blurb in my mind I couldn't clearly state, so I wrote it on an index card."

Sometimes the problems facing a new president are those that everyone worries about—remembering who to thank, figuring out how to allot sufficient time for each agenda item, juggling different presenters' schedules during the meeting, keeping everyone on track while not appearing insensitive to every concern raised. But sometimes the issues are more unusual. Senn started the year with what might seem like every president's dream: a budget surplus of $10,000. Since the bylaws prohibited rolling that money back into the budget, it had to be spent—quickly. "There were a lot of varied opinions, and there were some things people didn't agree with," she says. "But we had to decide what to purchase to benefit all students."

The money eventually bought everything from computer software to a message board to scholarships for graduating seniors who had attended Shrewsbury Elementary. But the most important decision made was never again to carry over such a large surplus from one year to the next.

What a new president says at that first meeting sets the tone for the entire year. For some, there's worry about filling the time. "My biggest fear was that we'd digress or that I'd run out of things to say, neither of which happened," says Mary Catherine Jones, PTO president of Shelburne Community School in Shelburne, Vt. For others, the anxiety comes when articulating their goals for the year. "The exciting thing for me was in trying to pass on a new vision of what we were trying to accomplish," says Butch Bowersox, who in addition to being the PTO president at Beall Elementary School in Frostburg, Md., is also a pastor. "There's always the question of how people are going to receive you as the new president. I didn't know a lot of parents yet, so it was scary. But ultimately, I felt a lot of relief when I realized it was just another congregation in front of me."

What most allays the worries of new PTO presidents is the sense that they're not alone. Fellow officers and board members, principals, friends among the parents in the audience—all that support to help as you find your sea legs can go a long way toward alleviating the panic that infuses any new experience. The best help of all can come from former presidents who stick around as sounding boards for advice and encouragement. Rossi remembers she was just about to dash out of the house on the morning of her first PTO meeting when the phone rang. "The past president called and wished me luck," she says. "It was so sweet of her, remembering I was actually doing my first meeting that day." 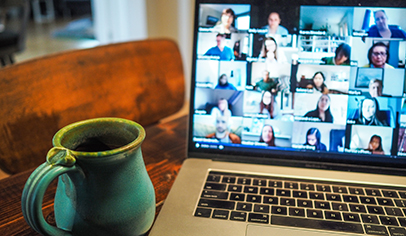 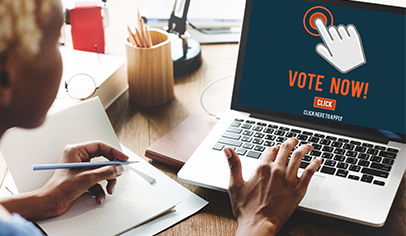 # Richard Satterstrom 2008-03-30 09:45
I love reading articles like this one. It reminded me of my days as a PTO President. The first few meetings were a bit scary, but as time went by that went away and I began believing in myself more. The occasional encouragement was also a big help. The toughest thing to get used to for me was presenting kids with awards before each meeting. That was the only time I had to do a "public speech". At the meetings we all just sat around some tables. Very informal version of Roberts Rules of Order was working for our small group, so I continued that practice. In the end it made me a much different person, I'm very happy I was talked into giving it a try.
# Kwame 2009-08-05 00:49
I really enjoyed this article and will utilize its information to help me as I embark on a year as PTO president for MacGregor Elementary School in Houston, TX.

Thanks for resources! They really help.

# Cherie McClellan 2009-10-26 21:58
Looking for a simple outline for roberts rules of order for my first PTO meeting. Any help?
Refresh comments list
RSS feed for comments to this post