Involvement Matters: What To Tell Parents 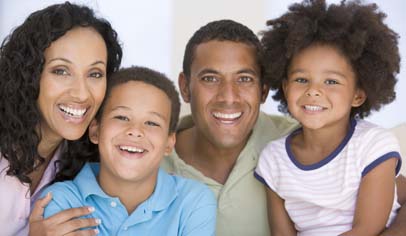 Hundreds of research studies show that when parents get involved, children do better in school. We sum up the details that every parent should know—and you should tell them.

Building parent involvement is the single most important thing that parent groups do. Often, it's the most difficult, too. And that's too bad because there are many compelling reasons why parents—all parents—should get involved in their children's education. If you're having trouble building involvement, the problem might be that you're not making the right argument. You simply need better ammunition.

A common way to think about getting people involved is to counter their objections. People say they don't have time, so you make it clear you only need them for an hour or two. People don't feel comfortable at school, so you work to make it more welcoming. Schedules won't allow busy people to come to the school, so you find ways they can contribute from home.

Each time you address the "don't" issues, you open up your group to more people: people with time and schedule issues, those who haven't felt welcome in the past, dads, grandparents, people who don't speak English well.

All of that is important. But don't assume that once you tear down the barriers, people will flock to get involved. They should, sure. But they should go to the dentist more often, too.

It's up to you to make a stronger case for parents to get involved than "It's for the kids." For many people, that's simply not enough to get them energized. The good news is that there are compelling, definitive reasons to get involved, and they are backed up by volumes of research. Plus, they apply to everyone—no matter their bank balance, ethnicity, work schedule, education level, or anything else.

What Every Parent Should Know

Researchers have been studying the effects parent attitudes and actions have on their children's academic success for more than 30 years. The results have been consistent. Anne Henderson and Nancy Berla summed it up in their book A New Generation of Evidence: The Family Is Critical to Student Achievement, which reviewed the existing research: "When parents are involved in their children's education at home, they do better in school. And when parents are involved in school, children go farther in school and the schools they go to are better."

Much of the information here is taken from publications by Henderson, a consultant at New York University's Institute for Education and Social Policy, and various coauthors that examine parent involvement research; and from publications by Joyce Epstein, director of the National Network of Partnership Schools at Johns Hopkins University; the National Center for Parent Involvement in Education, which Henderson helped found; and summaries of research prepared by the Michigan Department of Education, San Diego Unified School District, and others.

We created a 2-minute video in English and Spanish summarizing these benefits for parent group leaders to share with families. Play it at your back-to-school night or put it on your PTO website.

Research shows that when parents are involved in their children's education, the children are more likely to:

Parents can serve many different roles in the educational process: home teachers, advocates for their children, volunteers, fundraisers, boosters. And they can even serve in decisionmaking and oversight roles for the school. The more parents participate in a sustained way at each of these levels, the better for student achievement.

When parents get involved early in their children's education, the results are more pronounced and long-lasting.

Studies indicate that parent involvement in education has a positive effect at all grade levels: elementary, middle, and high school.

In both two-parent and father-only households where dads are highly involved in their schools, children are more likely to:

They are less likely to:

One study found that students from families with above-average parent involvement were 30 percent more successful in school than those with below-average involvement. Success was measured by GPA; test scores in math, science, reading, and social studies; promotion and retention rates; and teacher ratings.

A three-year study of 12,000 high school student concluded that "When parents come to school regularly, it reinforces the view in the child's mind that school and home are connected and that school is an integral part of the whole family's life."

Reading and the Parent Group

A two-year study of home and school influences on literacy achievement among children from low-income families found that the single variable most positively connected to all literacy skills was formal involvement in parent-school activities such as PTO participation, attending school activities, and serving as a volunteer.

When parents become involved in their children's education, the parents are more likely to:

Why should parents get involved? Because involvement can make a dramatic difference for their children.

Why should school administrators encourage involvement? Because it can make a significant difference, both in school atmosphere and in the success rate of students—especially when parents are included as partners in the educational process.

Parent involvement is a powerful tool. Spread the word.

# monique johnson 2008-02-05 11:05
This site helped me a lot at my son's school we are in the process of trying to get parents involved and I hope this info. will help us in the future
# Kathi Molinar 2008-02-06 15:47
Trying to get parents involved in our school's fundraising activities as well as attending our monthly Parent's Club has been quiet a chore for me this year. I think the article was great and might use it to pass out in our monthly folders to each parent!
# Kathryn Lagden 2008-02-07 10:27
Great idea to pass out involvement info to parents. There's some good stuff in the File Exchange as well. A whole category for Volunteers & Involvement. This file is great as a handout - "10 Reasons To Get Involved". You'll find it here - http://www.ptotoday.com/filesharing?task=doc_details&gid=89
# deloris gentry 2008-02-19 15:54
I have read this article in your magazine and now on line. This time I WILL SHARE IT WITH THE PARENTS OF MY PTO GROUP.I thank you so much for your encouragement.This might be just what I need.
# Megan 2008-03-21 08:39
For so many years I've read the statements how children do better when parents get involved. I've always believed it to be true, but had a hard time sharing it because it's gave information about where the studies were performed or who performed them. I loved finally reading this information and connecting it to an actual study.

"Much of the information here is taken from publications by Henderson, a consultant at New York University's Institute for Education and Social Policy, and various coauthors that examine parent involvement research; and from publications by Joyce Epstein, director of the National Network of Partnership Schools at Johns Hopkins University; the National Center for Parent Involvement in Education, which Henderson helped found; and summaries of research prepared by the Michigan Department of Education, San Diego Unified School District, and others."
Refresh comments list
RSS feed for comments to this post