With the right approach, companies in your neighborhood can become great partners for fundraisers and other events.

The Candlelight Inn regularly donates gift certificates to area schools in Catonsville, Md. But don't call the restaurant's owner and chef, Marc Lombardini, at noon, when he's busy cooking. "We normally don't say no," says Lombardini. "But schools have a tendency to call during lunch hour. If it's a bad time, we're not likely to donate."

Timing is important, though figuring out which hours—or months—to make your pitch isn't always obvious. For example, when the West Teays Elementary School PTO in Hurricane, W.Va., asked Best Buy for help, they discovered that only applications received before the start of the company's fiscal year would be considered—and that deadline had passed.

Selective solicitation can also help. The West Teays PTO is ingenious at matching donors to causes that excite them.

A local chemical company sponsors science experiments that involve parents in the classroom. A physical therapy firm donated to the construction of a playground. And in a less overt match, American Electric Power not only donates books but sends employees to read them to children as part of the Read Aloud program.

"Sometimes it's all in what is being supported," says PTO Vice President Patti Hatfield. "People's interests lie in different areas, so you need to try to hit in their area of interest." Such connections extend to corporate sponsorship for every one of the 33 PTO committees at West Teays, allowing the newsletter committee, for example, to receive layout help from a printing business called The Mail Room.

Personal connections can net the biggest payoffs. "If we have parents personally in touch with a business, we have them hand deliver a request letter," says Angie Daliet, PTO membership chairman at Edward Hynes Elementary School in New Orleans.

This approach has led to donations such as a $1,000 membership to a tennis club frequented by several parents. Another personal connection that Hynes taps annually is Harry Connick Jr., an alumnus of the school; his publicist regularly sends signed books or a video or a CD, items that typically end up among other items in class baskets that are auctioned off.

You might also want to consider no-cost donations, which sometimes come from unlikely sources. Hynes gets a donation to its food booth each year from the local sheriff, who has perishable leftovers he needs to distribute. Other schools take advantage of promotional items normally given away, including toothbrushes from dentists and can huggers imprinted with company logos.

To supplement donations, some groups buy low-cost prizes through sales or from redeemed points. One parent at Bowman Woods Elementary School in Cedar Rapids, Iowa, calls stores and asks for clearance dates. "When Target goes to 75 percent off, we load up our cart," says PTO volunteer Ginger Halverson. In addition, the PTO uses points accummulated when it holds book fairs to buy "bruised" books 30 at a time for $25 in points. These items are used as prizes or raffled off.

A potentially rich and often untapped source of prizes most families would enjoy is local attractions. Hynes has received such donations as a tour of Mardi Gras World, hotel stays, the privilege of serving as a bat boy or bat girl for the minor league New Orleans Zephyrs, and free tuition for summer baseball camp at Tulane University.

Even more appealing are regional tourist attractions. John Ruhrah Elementary School, located in Baltimore, solicits lift tickets from ski resorts in Maryland and Virginia, admissions passes from caverns in Virginia and Pennsylvania, and admission for two to Six Flags—which is awarded to the top fundraiser in a spring walkathon to raise money for a playground. Donations are also received from campsites and an Amish working farm in Lancaster, Pa. And the school receives passes from many different museums, some of which are given away as part of Teacher Appreciation Week. "One day I hope to go to a cavern out of state and see our thank you note posted on the wall," says Ruhrah PTO President Barb Miller.

A good way to identify contacts outside your local area is through community phone books. Miller emailed a Maryland company, DataNational, which publishes these directories and asked for donations of phone books for three surrounding areas. Then she created regional mailing lists.

Other schools ask for support from area professionals. Ruhrah Elementary has asked doctors and lawyers to donate used printer cartridges for recycling. Hynes Elementary requests donations from parent attorneys or CPAs, then puts their names on T-shirts or banners.

Perhaps most important of all is acknowledgment of what business donors have done for your school. PTO members at Bowman Woods Elementary School deliver thank-you notes by hand when they pick up donations. The Hynes PTO sends letters of gratitude after an event with details about how successful it was. Just about every organization lists its donors in a newsletter, which is often sent to the companies, too. And many PTOs feature the companies on websites, often with links to the donors' sites.

At its annual Fun Fair, on a wall by where the games are held, the Bowman Woods PTO lists all who gave money or prizes for the event. Hadley Middle School in Wichita, Kan., plans to present plaques to donors in its computer fundraising drive. And West Teays plans to put the names of donating businesses on its fence.

And when possible, offer your supporters opportunities for sales and promotion. In Ashland, Mass., the local business association, whose members regularly support their area schools, felt slighted when they were asked to donate to a holiday shopping social fundraiser in which vendors sold specialty products—but then were not invited to participate in the sale. "This is a slap in the face," the association's president wrote to the local paper.

Finally, ask for support from businesses that parents patronize, and patronize businesses that support your school. At West Teays, parent response to a $10 discount card sold by the PTO (for a $7,000 profit) proved so overwhelming that some restaurants found themselves hard pressed to handle the extra customers. "Companies know if they donate, we're going to patronize their businesses—and do it heavily," says Hatfield.

Increase Your Chances for Success

Personalize your mailings. At Hadley Middle School in Wichita, Kan., where a campaign is underway to raise $83,000 over two years for a new computer system, every appeal letter includes a real signature in blue ink, enclosed in a handwritten envelope. And, advises Marty Rothwell, a parent heading up this campaign, "a postage stamp is better than a meter. When I see metered postage, I think somebody's asking me for something."

Keep good records. For each item, write down the donor's company name, address, phone number, and contact person; what they donated and when; its monetary value; and when and how it is used by the school. Tying this information to a database simplifies the process of sending out appeal letters.

Identify employers who match employee donations. That's been a successful strategy for Bowman Woods Elementary School in Cedar Rapids, Iowa, where the town's big engineering company matches any employee's donation of $25 or more.

Appoint a PTO member to oversee donations. At Central-Columbia Grade School in Washington, Ill., the PTO is looking to fill a new position called business donations coordinator. "We felt that with so many different functions going on, we needed a central person," says PTO President Brad Ruder.

Limit appeals to once a year. Except for companies that have proven willing to donate multiple times, limit your approaches. For schools at which fundraising is restricted by district regulations, appeals might already be limited to just one event per school year. "We do the Fun Fair and that's it," says Halverson.

Be persuasive. "Be very friendly," says Barb Miller, president of John Ruhrah Elementary School in Baltimore, Md. "Listen to what they have to say. Some are kind of leery at first. But explain they'll be helping the school, that their gift certificate might be something someone might want to win—and that person might not otherwise come. Emphasize that what they're willing to donate is something parents are interested in winning."

If at first you don't succeed, try again. When a company declines to donate, Miller suggests not approaching it again for at least six months, perhaps a year. "It can get nasty if they said no and then you send them a letter again three months later," she says. But if your initial approach failed, consider sending a different messenger the next time. And remember that not only does a new year bring potentially better economic times for a company, but it can also bring new personnel. "If they say no, go back next year—unless they were rude or adamant—especially with a big company because management changes," says Patti Hatfield, vice president of the West Teays Elementary School PTO. 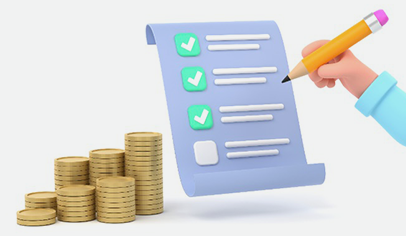 # Marilee 2009-08-25 19:37
Don't limit yourself to local businesses, be sure to contact your favorite online businesses. Sometimes they offer or would be willing to offer a program where your school can earn money on sales generated. Think outside the box.
Refresh comments list
RSS feed for comments to this post