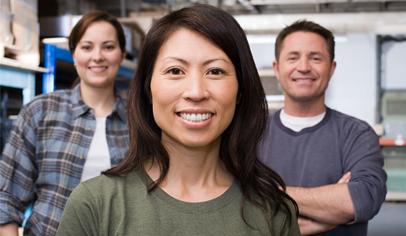 Even if you have no experience, you can be an effective leader. Just play to your strengths.

Are you great at planning events but helpless at reining in runaway discussions? Are you a whiz at balancing budgets but prefer a root canal to giving a three-minute speech?

Relax. Nobody’s perfect. You may not think of yourself as a leader, but chances are you’re now serving in your present role because others see you that way. And while you may be focused on your faults, others in your parent group see the talents and enthusiasm you bring to your job.

The most effective leaders know their strengths and aren’t afraid to admit their weaknesses, says Hank Rubin, author of Collaborative Leadership: Developing Effective Partnerships in Communities and Schools and dean of the University of Redlands School of Education in Redlands, Calif. “There is not one of us who has the whole range of skills necessary to get the job done,” he says. “Be willing to say out loud, ‘I need someone who can do a budget because I can’t,’ or ‘I need someone with good communication skills because I ramble.’”

For example, a detail-oriented fundraising chair who freezes in front of groups could recruit a parent who works in sales to deliver a pep talk about the gift-wrap fundraiser, freeing the nervous parent to focus on identifying great prizes for top sellers or writing a motivational letter to parents. At the same time, she could ease her way into public speaking by making short announcements.

“Leaders need to pull what’s best from many people and have the ability to identify needs and pull people together to work on goals,” says Janet Quinn, former president of the Northshore PTA Council in Bothell, Wash.

Good PTO leaders can tap the talents of members and work well with people of all backgrounds and personalities to accomplish the group’s common goals. Reaching out in this way also helps develop new leaders for the group, another important part of a leader’s job.

“You’ve got to be able to recognize and include other people,” says Katie Wiese, former president of the Bloomfield Hills, Mich., PTO Council. “Maybe somebody doesn’t want to be in charge, but they will be on a committee, and after they serve they may be more comfortable being in charge.”

Once you’ve identified your weaknesses and found people who can help in those areas, focus on improving your skills. Talk to other leaders, go to a workshop or retreat, or check out books on leadership and other management topics.

When Quinn agreed to lead the Northshore PTA Council, she expected to be a copresident. When the other copresident wasn’t able to serve, she took on the task alone even though she describes herself as a shy, “behind the scenes” kind of leader. She benefited from leadership training sessions at state PTA conventions and in May filled a vacant position on the Northshore School Board.

Wiese had had no previous experience running meetings when she became PTO president, so she read up on it. She also turned to other leaders and asked how they would handle situations she confronted. “I learned a lot just from watching other people that were good leaders,” she says.

Wiese advises being open to change and keeping a sense of humor no matter what challenges you encounter. “You have to enjoy what you’re doing and other people will enjoy it.”

In addition to mastering the basics of good communication and keeping a positive attitude, leaders should be mindful of their leadership style and how it affects others, says Sharon Rose Powell, president of the nonprofit Princeton Center for Leadership Training in Princeton, N.J. “I see many leaders that can be talking and on a soapbox and have lost the entire group and not be tuned into that,” she says.

An effective leader needs to be both a participant and an observer, noticing the effect they have on people and the effect people have on them, Powell adds. Whether you tend to be a take-charge, democratic, or laissez faire leader, think about what style is best for any particular situation. “All three styles can be effective in different situations,” she says. “If you build trust and support in a group, you can take any style and make it work.”