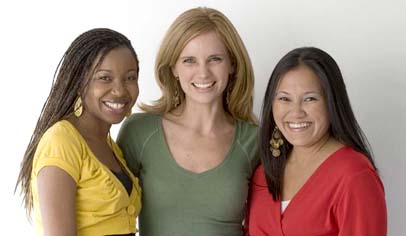 Reach out to diverse groups and bring them together with these effective involvement and communication strategies.

What is your PTO doing to involve parents from minority groups? How are you reaching out to parents who don't speak English? Today's parent groups are asking these questions. But the answers aren't simple. While the ethnic backgrounds of Americans and their children grow more diverse, change among PTOs is happening more slowly because of cultural divides that must be bridged.

"To say our door is always open doesn't work," says Maurice "Terry" Smith, principal of Oliver Ellsworth School in Windsor, Conn. "There are barriers and walls for people, and you have to bring them through that. You can't expect them to come in when there's excess baggage or miscommunication or misunderstanding."

Delia Pompa, executive director of the National Association for Bilingual Education in Washington, D.C., agrees, citing a particular need to reach out to Hispanics. "By 2025, Hispanics will represent more than 25 percent of all school-age children. Yet diverse populations such as Hispanic parents are frequently underrepresented in parent involvement programs, often due to cultural and language barriers."

Once a PTO recognizes the need for multicultural outreach, members must identify the best approaches for their particular population. For example, in schools where some of the parents don't speak English, interpretation and translation services can facilitate communication and provide a solid foundation to draw parents into active roles in their children's schools.

In Ontario, Ore., where about half the students are Hispanic, the school district provides translation headgear and translators at all PTO meetings and open houses. At Ontario's Aiken Elementary School, classroom instruction is given in both English and Spanish as part of a dual-language program, and principal Luigi Yannotta says that all PTO documents are printed in two languages, as well. "We have plenty of parents who are bilingual," he says, "and we give them a role as translators."

At Carmel High School in Carmel, Ind., the need for communication across languages is even greater. Located outside of Indianapolis, the school has students from all over the world whose parents, many of whom are employed by multinational corporations, relocate there to work for a year or more. "We have documents translated into 11 or 12 different languages," says Kay Schrader, director of the counseling center and cosponsor of the Multicultural Club. While the school handles much of this communication, the PTO sought help from another student group, the International Club, for help in translating its newsletter.

Translation efforts don't have to be so formal. Find bilingual parents in your community, and ask them to wear a button to meetings that identifies them to non-English speakers. A button might say "Yo Hablo Espanol" (in English, "I speak Spanish") or convey the same message in another language.

While attempts to overcome language barriers can make more parents feel included, they are only a first step. "It isn't enough to simply translate materials into another language," says Pompa. "Parent groups should offer culturally relevant materials, programs, and training that resonate with diverse populations of parents."

Some PTOs have directed their efforts toward classroom literature. At Ellsworth School, the PTO spent more than $1,500 on library books related to multiculturalism and diversity. At Isaac Dickson Elementary School in Asheville, N.C., a teacher and a parent teamed to secure a $2,500 grant to buy books that celebrate ethnic diversity. The result is tubs of books ranging from biographies of Nelson Mandela and Cherokee Chief Wilma Mankiller to Mexican, Korean, and Russian variations of the Cinderella tale. In fact, says teacher Susan Shillcock, the book Beatrice's Goat so moved her K-2 students that they raised $100 for the Heifer Project, an international effort to purchase livestock to help families around the world pull themselves out of poverty. "The students collected pennies, the parents in my class got involved, and we bought enough goats to help five families," says Shillcock.

Other schools have extended the multicultural experience beyond the classroom. At Dickson Elementary, where the student population is evenly split between whites and African-Americans, some families were left out. "We always had parents who would come to the holiday program in December," says Principal Vicki Dineen. "But we felt like when we had potlucks and things like that, we didn't have everyone honored. We wanted to make sure at every function that everyone would feel comfortable."

So the PTO initiated a Soul Food Dinner that drew 600 people. "It was a way of saying we want to honor your traditional food," says Dineen. She celebrated her own rural heritage by making sweet potato sonker (similar to cobbler). Others brought chitlins, tofu vegetarian dishes, and Mediterranean food. Parents also supplied entertainment at various points around the cafeteria so that attendees could move around and eat while enjoying everything from belly dancing to Irish Celtic music to bluegrass. And the event has had ripple effects, with all recipes now being collected into a cookbook that the PTO will sell as a fundraiser. Dickson Elementary also celebrates a Sidewalk Dance in May, a more physical activity that features line dancing and salsa music.

If your school has many families who speak another language at home, you can help those parents feel more welcome by holding movie nights with subtitles in their native language. Another idea is to hold an event that celebrates a particular culture, like Cinco de Mayo or Chinese New Year, and ask parents from those cultures to help plan and volunteer at the event.

While many schools have gone to great lengths to celebrate the diversity of their populations, sometimes what's needed is simply an awareness that such diversity exists. That's the case at Richmond Elementary School, a small, rural, mostly white school in Richmond, Vt. With Asian-American and African-American students accounting for less than 2 percent of the 300 students, says Principal Mark Andrews, "Kids aren't exposed to people of different backgrounds. That's one of the main reasons we feel multiculturalism is an important theme."

Such outreach is even more important since 9/11, he says: "Kids see stuff in the media, and we want to allay concerns—not everyone is a terrorist. We want them to see that other people who aren't white are people who can be trusted. Not explicitly, but through multicultural activity, we teach kids about peace and tolerance." Indeed, in the wake of the 9/11 terrorist attacks, the Washington, D.C.-based National Association for Multicultural Education publicly reaffirmed its commitment to "restructuring education to reflect the authentic histories, cultures, and conditions of the global community" as a powerful weapon to combat racism, hatred, and terrorism.

The PTO at Richmond has supported this cause through fundraising to bring in speakers and performers from other cultures, sometimes for as long as five days as artists in residence (at a cost of up to $4,000). From Japanese-American drummers to Maori tribesmen to a dance troupe from the Ivory Coast, these guests teach the children about their cultures, culminating in a showcase by students of what they've learned. The school has also hosted teachers from Thailand and China, with the PTO organizing such supporting activities as a Chinese New Year's parade and creating and maintaining boxes full of games and artifacts related to specific cultures.

The creative ways that these schools have found to honor multiple cultures have had measurable results. Luigi Yannotta finds that greater collaboration between parents of different cultures has reduced the number of discipline problems between races at Aiken Elementary. Maurice Smith cites improved test scores at Ellsworth School following higher parent involvement. And Vicki Dineen says that the faces showing up in the family resource room at Dickson Elementary have become more representative of her school's ethnic diversity, at least in part because of great enthusiasm for planning events like the Soul Food Dinner. "It brings in families that maybe wouldn't come to decorate bulletin boards," says Dineen, "but they would love to help organize an event like this.

Enlist parents to help diversify the PTO board. "To increase minority representation on the PTO and school committees, we go out and recruit African-American and Hispanic parents," says Maurice Smith, principal of Oliver Ellsworth School in Windsor, Conn. If many parents speak a language other than English, consider adding a bilingual parent liaison position to your board.

Use food to break barriers. The PTO at Ellsworth School approached groups of families to present different themed dinners each month, resulting in such events as Indian Night and Irish-American Night.

Use surveys to gauge interest and support, but don't be discouraged by low response rates. At Sully Elementary School in Sterling, Va., when the PTO sent home letters in English and Spanish asking parents what food they planned to bring to Multicultural Night, few replied. "We were concerned," says PTO Vice President Barbara Wooten, who adds that everyone was surprised when 300 people turned out for the event.

Don't charge admission to multicultural events. Excited by the great turnout at Multicultural Night, one PTO board member at Sully Elementary suggested, "Boy, if we had charged admission, we could have bought a new speaker system for the cafeteria." But the group feels that the purpose of the event is to reach out to parents, not to make money.

Originally published in 2002 and updated regularly.

# Barbara Y, Wills 2009-07-31 12:56
Why not think of your PTO or PTA actually sponsoring maybe an AFS exchange student each year and the membership applying for this priviledge? It could be from a country or ethnic group that is not represented in your school or the near by high school This project could be done with a neighboring PTA-PTO at elementary and middle school. Your whole school could work up programs with the student about his/her country and education system. You probably could make some computer connections with his/her high school and get pen pals as well. I could go on and on with the possibilities. Contact www.afs.org/usa hosting and/or 1-800-876-2377. Ext 1127.
Refresh comments list
RSS feed for comments to this post