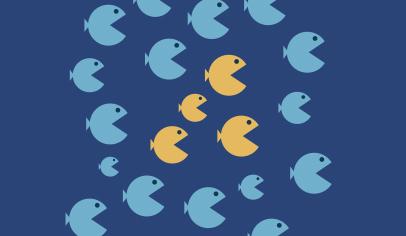 Commonsense steps to change how people see your PTO.

You might not think your PTO is a clique, but others could see it differently because of popular media stereotypes, hearsay, or even personal experiences. Take these concrete steps to fix those misconceptions about your group.

Jennifer, a kindergarten mom, goes to a PTO meeting for the first time. No one says hi, and the officers don’t acknowledge her. When the events chair gives a report, she uses acronyms and makes references to activities Jennifer has never heard of.

Why it makes people think you’re a clique: Jennifer was interested in the parent group, but at the meeting she didn’t know who the members were or what they were talking about. Not only did she feel like an outsider; she also felt like her help wasn’t wanted.

The clique fix: Form a welcome committee or assign an officer to greet newcomers at each meeting. Wear name tags. Avoid using acronyms or jargon. Follow up with new attendees after the meeting to answer any questions they have about the PTO or learn whether they have any ideas about how they can help.

Several seasoned volunteers are setting up at the annual back-to-school dinner night. As they unload decorations, they walk by the playground where a new parent at the school is playing with her kids. They invite her to the event but don’t introduce themselves or ask whether she’s interested in getting involved.

Why it makes people think you’re a clique: This new parent might have been looking for ways to get involved and meet new people. By walking by and not telling her what they were doing, the PTO folks missed an opportunity to invite a new volunteer into the group.

The clique fix: It’s not always easy to know how your group is perceived. But consider every meeting with a new family an opportunity to talk about what your group does and to invite them to get involved. Remember to ask again later, too! If someone isn’t available the first time, they may be more receptive to a repeat request for help.

The PTO doesn’t communicate well with parents and there’s no list of officers on a bulletin board, website, or in a newsletter. Parents don’t know who runs the PTO or how to contact them.

Why it makes people think you’re a clique: Being unavailable makes the group feel exclusive, as if members don’t want to share the information because they aren’t looking for new help. If it’s too hard to get “in,” some people will just stop trying. Remember the adage that negative news travels twice as fast as positive.

The clique fix: Find a volunteer who can keep your website updated regularly with every officers’ contact information. Link your parent group information to the school website, and supply the school administrators with the most updated list of officers, including email addresses and phone numbers, as parents will often call the school looking for information.

The PTO asks parents to fill out a volunteer interest survey, but no one follows up with them. Parents who were willing to give their time assume that the PTO doesn’t need or want their help after all.

Why it makes people think you’re a clique: If someone offers to help and isn’t contacted, it feels like rejection. Rejection is key to the clique culture and breeds resentment and negativity. It can stunt further involvement by the potential volunteer (and their wider group of friends).

The clique fix: Be diligent in following up after asking for input. Whether it’s on a fundraising survey or volunteer sign-up form, remember that parents took the time to respond to your request. You’ll be asking the same group for their help again in the future (maybe even next week!) and you’ll want their participation again. Try an online volunteer sign-up and management system; it makes following up much easier. It’s also OK to say sorry if you’ve screwed up, but make a commitment to do better next time.

When the same people have been officers for years, newcomers feel like they’re not wanted or shouldn’t bother because they don’t have enough experience to take on a leadership role. When you do need to fill a volunteer position, you offer it to a friend.

Why it makes people think you’re a clique: The doors appear to be closed to new volunteers and their fresh ideas—which they might take to another organization if you don’t offer them an opportunity to get involved with your group. By not sharing information about volunteer openings, people who might want the job feel excluded.

The clique fix: Set up a succession plan for the major roles on your parent group board. Keep new volunteers informed by providing job descriptions of each volunteer role on the PTO website, including the ins and outs of each role so parents can choose what fits their schedules and interests best. Also include a timeline of when new board or committee chairpeople are selected.

You’ve held the same event for years, run by the same tight-knit group of people, and attendance has been dropping. A whole group of families have never partici­pated because they don’t feel like the event includes them.

Why it makes people think you’re a clique: When different voices aren’t included in the planning and execution of an event, the ideas get stale and only appeal to a select few. For example, Doughnuts With Dads excludes any student whose father isn’t involved in the family.

The clique fix: Invite idea-sharing and feedback from people outside the usual circle of leaders and volunteers. Take notice of parents who don’t usually get involved; talk with them and personally invite them to share opinions and join committees. And don’t be satisfied with contacting just one member of a new group; no one wants to be a token, so invite three or four new people at minimum.

Getting involved in a school parent group shouldn’t bring back memories of cliques, popu­lar kids, or being left out. Keep these tips in mind when trying to break the per­ception (or reality) of a cliquey parent group:

Originally published in 2015 and updated regularly.

# Sara McLennand 2020-01-14 21:58
These are great points! Thank you for the ideas!
Refresh comments list
RSS feed for comments to this post