How To Work With a New Principal 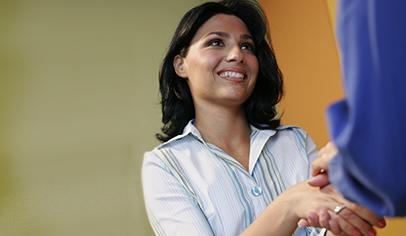 A change in school leadership is the perfect time to look at the role of the PTO; parent leaders and administrators share how they forge strong relationships.

When a new principal heads to a school, it’s an excellent time for PTO leaders to assess what parent involvement strategies have been working, as well as what should be tweaked or eliminated. A fresh approach and collaboration with the new principal is crucial to future success. Just like any other business partnership, a mutually beneficial relationship between the principal and the PTO executive board requires a sincere effort and should be nurtured as early as possible before the new school year begins.

One of the first steps that PTO executive board members can take prior to working with a new principal is to reexamine the interactions and results they hope to have in the upcoming relationship. Serious conversation about meaningful school-related relationships can help. What role will the PTO continue to play—primarily fundraising, on-site volunteerism, policymaking assistance, character education, or some combination of these? What role did the PTO play in the past, and what changes are envisioned for the future? Agreeing on a direction among the board before discussing it with the new principal can help foster unity and consistency for all involved.

Keys From a PTO Perspective

PTO-principal relationships that are most beneficial to students rely on a variety of personal attributes: trust, collaboration, creativity, partnering skills, communication, and leadership.

“The key to forming relationships with new principals is getting involved with the interviewing process as a parent representative,” says Angela Chastain, president of the townwide PTO in New Milford, Conn., and former copresident of the Northville Elementary PTO in the same city. “Remember that you are not forming an employee-employer relationship. It’s about collaboration and mutual respect, so learning as much as you can during interviews about the new principal’s background is essential.”

While living in Lafayette, Ind., a few years ago, Chastain helped interview and welcome a new principal to James Cole Elementary. She says that school had had the same principal since the 1980s, so everyone was wondering what the transition to any new leader would be like. “I asked a lot of questions about the candidates’ philosophies regarding working with PTOs,” she recalls. “Finding out how a new principal plans to handle parent communication and the best ways you can work with that principal are two critical points. Knowing whether they expect the PTO’s role to be a provider of cookies versus having an active say in school policies and how budgets are spent makes a big difference.”

In this situation, Chastain found out whether the new principal wanted to attend meetings or events before officially coming on board and whether he wanted input on new ideas. PTO board members also hosted a coffee session in the school’s library before school started so that as many parents as possible could meet the new principal and ask questions directly, putting their minds at ease.

Chastain and her fellow PTO board members in New Milford will be welcoming a new principal to Sarah Noble Intermediate School this year. The school had been in a multi-year transitional period through several retiring and interim principals, and the parent representative involved with the interview process for the permanent principal was not a PTO board member. “Being a parent and from that perspective only, I haven’t received much information about our new principal and I haven’t met him. So we’re going to have to learn ‘on the go’ how to work with him,” Chastain says. “We’re looking forward to establishing a long-term niche for the PTO, but we’ll probably have a longer lag time due to not getting acclimated to each other sooner.”

PTO leaders can take other steps to help pave the way for a new principal before he officially reports for duty:

After finding out about the new principal’s affiliations, hobbies, personality style, family, and volunteer interests, the next order of business should be to make sure the new principal knows similar information about PTO executive board members. As parent group leaders, be proactive about sharing professional achievements, personal interests, and school-specific accomplishments; this lets a new principal know that a prepared and ready PTO team is in place.

“I’ve always believed that parents are the first teachers, and I value the input that parents are willing to give about their own children,” says Deborah Brandt, an administrator who just became the leader of LaSalle Springs Middle School in Wildwood, Mo., after the school’s first and only principal retired after 15 years there.

Brandt says one of the steps that helped her most was meeting very early on with PTO executive board members, even while she was still finishing full-time responsibilities at her former school. “Forming personal relationships, sharing ideas and goals, and deciding how we could work together for the success of all the students in our school opened our line of communications,” she says. “It was important for us all to be clear about the PTO’s and school’s common vision so that I could share this with the staff in preparation of our coming year.”

Brandt says one thing she learned in her years of experience with previous PTO parents is that people need to be heard. She believes that listening is important in developing the trust that’s so vital for PTO-principal relationships. “I want parents to know that I’m open to their ideas and will always have the best interests of our students at heart. We may not always agree on everything, but I listen to what they have to say and respect their opinions,” she says. “This climate of mutual respect is essential to our success.”

Punyon was new to a school that merged with another school, Whitworth Elementary, in the same year, creating a building with students who spoke 14 different native languages. She says principals have to make parents feel wanted. In her situation, she also had to find ways to explain to immigrant parents how parent groups work and why it’s desirable for parents in the United States to spend time at their children’s school. She still is diligently working through school translators to invite new parents to special events, and she has made a point of including PTA-oriented parents from both merged schools.

“Great relationships at school come from figuring out where everyone’s boundaries are, frequently communicating, making sure parents understand the school’s protocols, and from principals being sure to encourage parental involvement,” she says.

How new working groups develop their understanding of each other can set the tone for the whole school community, even later in the school year. Brandt explains her approach to the new year this way: “By attending all PTO meetings and keeping in close communication with PTO members, I hope for us to have a smooth first year together. I would like parents to indicate how they’d like to get involved and for our teachers to share in the planning of activities and school support. Hopefully, parents will be interested in continuing to meet with me in small groups to work toward our goals and building those relationships.”

Punyon says principals need to see parents as partners, and parents need to recognize that school staff have expertise in specific areas. “Reminders that we all have different ideas and ways of raising children comes in handy, too,” she says. She recommends that new partners make sure to celebrate small victories during that first year, such as successful teacher appreciation weeks and events that make everyone feel involved. She says it’s helpful when parent leaders explain exactly how they would like to cooperate on projects so she can help everyone fill their roles.

She believes favorable PTO-principal relationships revolve around good intentions and some latitude. “It’s all about making sure parents have valid ways to add value to school without forcing the teachers to change their curriculums or imposing too much. The bottom line is that the more planning together and more money raised, the more opportunities we can all give the kids,” she says. “And you have to make these relationships fun! Principals can support PTAs and give confidence. Everyone should just remember that we’re all there together to create a good school.”

# Sharon 2008-08-13 01:10
I was so glad to see this article. We have a new principal and I was part of the interview process. (Most parents do not even know that a parent CAN be a part of this.) ALthough I wish I had read this weeks ago I am relieved to know that we have been doing much of what is suggested in this article. This is a must read for board members in a trasition year like we are. I think you wrote this just for me!!
Refresh comments list
RSS feed for comments to this post