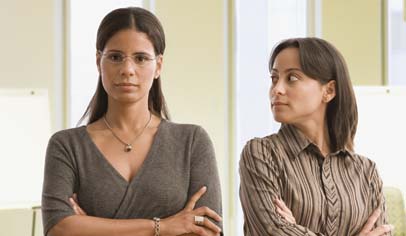 These processes for reaching a decision can help parent group leaders get past (or avoid) a stalemate.

When there’s a difference of opinion in a parent group, even making a simple decision can become complicated. Everyone wants her voice to be heard, but not all decisions can be reached that way. As a leader, it’s important to have a clear idea of how decisions are made within your PTO in various situations. By guiding that process, you can ensure that decisions take place in the most effective way.

Most common issues, such as the choice of a yearly fundraiser, the ways a PTO can best support its school community, or the responsibilities of committees, can be resolved using one of three basic decisionmaking methods. These methods—consensus, accommodation, and de facto—each have advantages and disadvantages, so the first step is deciding which process best suits the situation at hand.

When it is important that all members buy into a decision, use a consensus decisionmaking process. In selecting a major fundraiser, for example, reaching consensus will result in a greater commitment from all members to support the effort.

To gain consensus, or overall agreement, you should allow adequate time for discussion, questions, and possibly debate. Compromises will most likely need to be made, so this method requires a great deal of flexibility. However, each member has an equal opportunity to be heard and to contribute to the outcome. Consensus is reached when all agree that the final decision is one they can support.

When consensus cannot be reached, a decision may instead need to be made through accommodation. For example, if only one committee member opposes an idea everyone else supports, she may be willing to accommodate the group to avoid a stalemate and to allow the committee to move on to other agenda items.

Accommodation, like consensus, may require a great deal of discussion before a decision is made. Quite often, issues are settled by calling for a vote. But in the end, it is usually the more powerful members or most convincing debaters whose ideas hold sway.

Accommodation is common when some PTO members are newer or less confident about their status within the group. One danger is that a dominant member or clique may wear down less powerful members to get their way, even if their ideas are not the most popular. Being aware of when accommodation is being used, and by whom, can help you identify other potential leaders and also become aware of emerging factions. If not addressed, such factions can undermine your group’s unity and even result in unnecessary power struggles.

De facto decisions usually are made when consensus cannot be reached or accommodation has failed. In this case, a single person or group, such as a committee, takes on the responsibility of making the decision for the entire group. A PTO president may have the authority to make certain decisions without asking for the group’s input, such as when to call a meeting or create a new committee.

Committees often make de facto decisions for the larger PTO. For instance, a movie night committee may have the authority to make decisions about how to publicize the event. When a committee is chosen to take charge of a project, it is a good idea to establish up front which decisionmaking method will be used within the committee as well as between the committee and the PTO as a whole. Establishing set protocols will save time and trouble down the line.

A committee may essentially be given free rein over a project, with the PTO leadership giving sufficient authority to committee members so they can independently make most decisions about the project. Nonetheless, PTO leaders should be kept informed about the decisions being made. It’s best to have deadlines for reporting progress, rules for communication (such as when to ask for guidance or advise about potential problems), and agreement on the best method of communication.

But even within a committee, consensus is not always possible, and there are times when accommodation is necessary. When discussion reaches a stalemate or a single powerful voice appears to be taking over, the chairperson should end the discussion and call for a vote.

You might worry that delegating significant decisionmaking authority to a committee could result in a loss of power for executive board members. On the contrary, asking a committee to make certain decisions will allow board members to focus their energies elsewhere.

For PTO leaders, that could be sharing a vision and inspiring others to help make that vision a reality. If PTO members at every level remember the group’s core values and the reason for its existence, the process of making decisions and sharing power can proceed smoothly, no matter which method is used.

Rita Milios is a psychotherapist and author from Hudson, Fla. She writes and speaks on education and behavioral health topics. Originally posted in 2014.