From organization through sales, tips to create a successful school cookbook fundraiser.

It’s 4 p.m., and my stomach’s growling. I scrounge for cash and amble off toward the office snack machines, stopping at the breakroom first for some water. Hmm… What’s in that box beside the sink? I move in for a closer inspection. It seems that a coworker’s son is peddling candy bars for school again. In a moment of spontaneous largesse (or perhaps it’s laziness—the snack machines are downstairs), I stuff my money into the proffered envelope and select a slab of chocolate essentially identical to the one I’d have gotten from the vending machine. This option costs more, of course, but maybe it’ll help the whippersnappers fund their field trips. I wolf down the chocolate and toss the wrapper. Will I think about the school and its financial needs again? Doubt it—except for the calories and the sugar buzz, that candy bar’s history.

Selling candy, wrapping paper, and fresh fruit are all tried-and-true fundraising ideas for school-parent groups, but many PTOs are turning to a more permanent and personalized product to generate cash—cookbooks. The people who study such things say that the average U.S. household has more than seven cookbooks. A quick inventory of my bookshelf reveals that I own 13, and the only action my kitchen’s seen this week is fruit-shake blending and popcorn preparation. Would I have room for one more cookbook, one created by my coworker’s son’s school? Sure, especially if it included her oatmeal-chocolate chip cookie recipe.

While cookbook fundraising isn’t really a new concept, more and more PTOs are deciding to give it a try. Some groups print their own cookbooks, and there are plenty of companies ready to assist those who want expert guidance. Either way, the basic process is the same: First comes the planning, when the group decides who will lead the project and what its financial goals should be. Then it’s time for the PTO to gather recipes from as many contributors as possible. By this point, the folks in charge should be making decisions about design, and advertising space in the books can be sold if the group chooses. All that’s left is to place the order or make arrangements to print the books and sell, sell, sell (advance sales are an excellent idea). And, according to Connie Stephens, PTO president of Lawsonville Elementary in Lawsonville, North Carolina, selling is the easy part. Her PTO’s self-published cookbook “went over extremely well,” she says. “Naturally, parents, grandparents, etc. all wanted a book.”

Lawsonville Elementary’s cookbook included recipes from nearly every child in the school, and yearbook photos were printed along with the children’s submissions. It’s this kind of personal touch that makes cookbooks such hot sellers. “There are lots of cookbooks around,” Stephens points out, including homemade varieties printed by churches, families, and, of course, other schools. But the key is to “make the book specific to your kids,” she says.

In addition to the uniqueness of school cookbooks, their keepsake quality is another strong selling point. “Chocolate isn’t bad,” admits Howard Wong, ad director for Cookbooks by Morris Press, “but it’s gone after it’s used.” Unlike the undeniable but all-too-brief pleasure of a candy bar, the recipes in your book will be enjoyed for years to come. And many potential buyers will echo the sentiments of incoming PTA President Patti Knoester of Mariposa Elementary in Brea, California: “I like cookbooks,” she says. “I collect them.” To be sure that every community member and collector who’s interested gets an opportunity to purchase your cookbook, it’s helpful to include sales coupons or order information inside the books. You’ll likely be ordering extra copies with your initial shipment, and you can usually have your book reprinted later if you like.

So you’re convinced that cookbooks are a snap to sell, but what kind of organizational efforts are required? One thing you won’t have to worry about is shelf life: Anyone who’s ever dealt with chocolate in 90-degree heat or tried to sell extra fruit before it turned as green and fuzzy as a Sesame Street character will welcome the nonperishable quality of cookbooks. In fact, says Connie Stephens, “our books came out at Easter and they’re still selling.”

According to Terri Rehkop, marketing director for Cookbook Publishers Inc., “Gathering recipes is the main job for the PTO who decides to work with us.” Like most other companies, Cookbook Publishers provides a wealth of guidance and tools for designing and promoting your book. Companies try to make things as simple as possible on the financial end, as well: Most will calculate a selling price for your book, won’t require a down payment, and will offer 90 days’ free credit. And, once you’ve gotten some experience in organizing and designing a cookbook, you might just decide to make it an annual fundraiser; Mary Dankert, president of Walter’s Publishing, points out that it’s “an easy program to do every year—people look forward to the next cookbook.”

As for the all-important bottom line, cookbook publishers say that groups can expect to sell three books for every recipe contributor. And, depending on your cost for the books, there is definitely potential for generating a healthy profit. Kathi Kollmann, cookbook supervisor for G&R Publishing, says that most groups “at minimum double the money they invest.” Visitors to the Cookbooks by Morris Press website find the encouraging news that a “cookbook that costs $3 to make can be sold for three to four times the cost.” And, if you have the equipment, the know-how, and the motivation to go it alone, you might follow in the footsteps of Lawsonville Elementary, whose books cost $1 apiece to produce and sold for $8; even without professional marketing advice, the school’s 220 students sold more than 450 books.

If your PTO is planning a cookbook fundraiser, it pays to remember a few key ingredients for a successful sale. Cookbooks by Morris Press’ Howard Wong advises PTOs to “get organized early and stay organized.” Cookbook publishers often suggest that groups select a chairperson, an alternate chairperson, and four to six people to work with subcommittees. Lawsonville Elementary’s self-published book required the dedicated efforts of eight people. While it’s crucial to have a team of leaders “big enough to get the job done,” you should keep the group “small enough that they won’t argue over every detail,” points out Kathi Kollmann of G&R Publishing.

Another tip for PTOs is to have a realistic idea about whether your group wants to create a completely homemade book or work with a publishing company. If you decide to get outside help, carefully research companies’ offerings and policies. Pay attention to the details: production times, minimum orders, shipping costs, payment plans, typesetting arrangements, reprint procedures, scheduling requirements, and prices for the myriad design options available.

Once you’re ready to get things under way, find as many contributors as possible, and consider rounding up some “celebrity” contributors such as school principals. The more recipes you collect, the larger your book will be and the more it will cost, but the more books you print (remember the three-books-for-every-contributor guideline), the lower the price you’ll pay per book. As your group is collecting recipes and moving on to selecting design elements, “don’t forget to work with your deadline in mind,” warns Cookbook Publishers Inc.’s Terri Rehkop.

The two main things to remember when designing your cookbook are to make it personal and user-friendly. Including names, usually students’ names, with recipes is a key design element that will promote sales; in fact, most companies stipulate that names must be printed as part of their sales guarantees. Proofread everything carefully, but pay particular attention to contributors’ names. Nobody wants to buy a book with his or her name listed incorrectly. If possible, add student photos along with their recipes. Your book’s cover can make or break a sale, especially if you plan on marketing some books with counter displays, so design the cover carefully, using easy-to-read type and high-quality photos or eye-catching illustrations. Divider pages are another feature that’s easy to personalize with colored paper, artwork or photos, and helpful tabs. Consider whether you want each recipe to be complete on one page or continue to the next. Price and number of recipes will likely be factors in your decision. If you choose a noncontinuing recipe format, think about what type of text or graphics you’d like to use as filler; most companies will have suggestions and samples. Carefully select your book’s binder (they vary in attractiveness and in lying-flat capacity), and don’t forget that an index will make your recipes easier to find.

Good promotion is essential to a successful sale. Although Mariposa Elementary’s cookbook fundraiser was profitable, Patti Knoester says she regrets that lack of help meant she “did not publicize as well as I should or could have.” Most publishers offer promotional tools aplenty, including posters, press releases, gift certificates and advance sales coupons, and counter displays. Be sure to utilize these resources, and, especially if you’re working without a company, devise some fun strategies of your own.

So if you’ve decided to chuck the chocolate sale this year, consider cookbooks. Learn from the advice of publishers and PTOers, and your experience can be as positive as that of Lawsonville Elementary’s Connie Stephens, who gives the ultimate endorsement of the cookbook fundraiser: “I’d do this one again.” 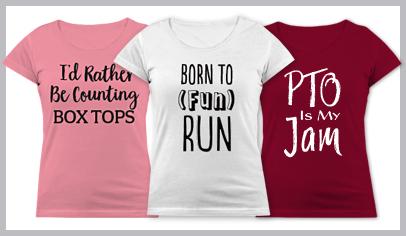 A Week’s Worth of School Spiritwear Outfits 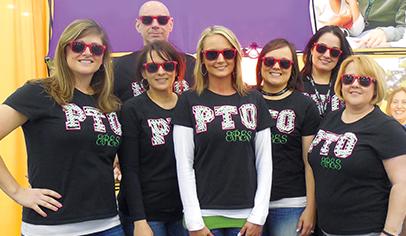 19 Ways To Use School Spiritwear 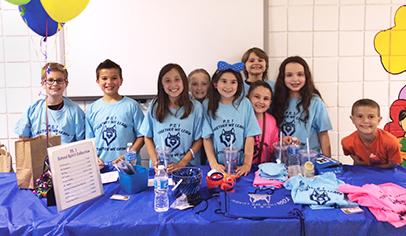 Add a Little Zing to Your Spiritwear

# Rev. Findy A. Samuels 2008-11-17 16:37
Thank you for the knowledge on "How to begin compilating a Cookbook Fundraiser". I know that this info will be of great assistance as our Church starts it's fundraising project.
# Howard 2009-03-18 19:25
Cookbook fundraisers can work well but there are more successful fundraisers for PTO groups. You might browse through Easy Fundraising Ideas and check out other options as well.
# Sarah Blanchard 2010-01-27 16:03
What publishing company did you use. Do you have any suggestions.