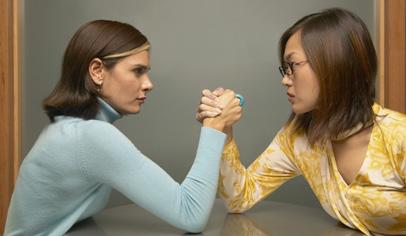 Building parent involvement means welcoming all types of people and learning to work together effectively. It sounds simple enough, but it can be a real challenge, especially when people who care deeply about a cause have their own ideas about and approaches to making decisions.

Consider the example of Ann, who reluctantly agreed to chair her PTO’s book fair committee. By the end of the first meeting, she was already regretting that decision. She wondered whether the different personalities on the committee would ever be able to get along, let alone work efficiently together and complete a major project.

Doris had practically taken over the meeting, fast-talking about why her favorite local author and his book should be featured. Angela responded enthusiastically, and soon she and Doris were putting forth marketing and publicity plans even though a vote hadn’t been taken yet on the proposal. Then Marty, expressing concerns about advertising costs and a higher speaker honorarium, finally broke in to remind the group that they should, perhaps, explore other options. When Clarissa spoke up, it was to say she felt that Doris and Angela were trying to bulldoze through their agenda without concern for others’ opinions. Frustrated, Ann found herself trying to unruffle feathers rather than running an orderly meeting.

Such scenarios are not uncommon, according to Robert Bolton and Dorothy Bolton, the authors of People Styles at Work: Making Bad Relationships Good and Good Relationships Better. “When people’s ways of working don’t mesh well, their stress goes up and productivity goes down,” they write.

The Boltons describe four general personality styles: Driver, Analytical, Amiable, and Expressive. They say that the key to getting along with others is to understand your own style as well as the styles of others and to be willing to accommodate for the differences. They call such accommodation “flexing” to another’s style. The most important characteristics of each style are described below.

According to the Boltons’ model, it is clear that Doris, with her take-charge approach and tendency to push through her own agenda, is a Driver. Angela, too, has an assertive personality, but she uses enthusiasm rather than forcefulness to sway group opinion, so she is demonstrating more of an Expressive style. These two probably did not intend to be pushy and were likely surprised when Clarissa said they were.

Marty, an Analytical, likes to examine all sides of an issue before weighing in. His reticence to voice his practical concerns until late in the meeting inadvertently contributed to Doris and Angela hogging the meeting. As an Amiable, Ann tries to avoid confrontation and isn’t comfortable with being in charge. She found herself in the uncomfortable position of having to de-escalate mounting tensions among committee members when all she wanted was for everyone to get along and work together so that they could get a plan for the book fair in place.

The differences between the personality styles of the committee members are making it hard for them to get along and do their job. Amiable Ann seems somewhat out of her element as the leader of this group and may have been happier working behind the scenes. Doris’ take-charge personality may have made her a better leader, provided she could temper her assertiveness and include others in decisionmaking. With her natural enthusiasm, Angela would be a good person to head a subcommittee, but she would need to remember to listen more and talk less. As it stands now, if this group does not get their personality differences resolved, nothing will get done.

Had Doris and Angela been aware that their tendency to be assertive can feel pushy to those with a more collaborative style, they might have flexed toward that style and presented their ideas in a way that made the others feel included.

Marty, the reluctant Analytical, could have flexed toward the more assertive styles of Doris and Angela and mentioned his concerns earlier in the meeting. With his ability to see long-range implications, he could have helped the group recognize the potential budget problems earlier on so that they could change course, if necessary, before too many plans were laid out.

As the committee chair, Ann also should have been more assertive and maintained control of the discussion. By not doing so, she allowed the agenda to become dominated by a small faction within the group.

The Boltons offer an easy way to decide how and when to flex toward another personality style. If the person you are dealing with seems to be getting stressed, that’s a clue that your personality styles are clashing. To get along better, you can modify your own behavior to better match theirs. Ideally, they will do the same for you.

In general, the rule is to move toward the style that is opposite yours. A Driver can flex toward an Amiable by speaking more slowly, making suggestions, and remembering to think about how her ideas affect people, not just the processes involved. An Amiable can flex toward a Driver by speaking up, being more decisive, and standing up for her ideas even if they’re unpopular.

People with Expressive personalities can flex toward Analyticals by planning ahead, considering the long-range implications of ideas, talking less, and listening more. To flex toward Expressives, an Analytical can be more people-focused, show interest and appreciation, and occasionally be willing to accept “good enough.”

Remember, the majority of people have a personality style that is different from yours. Learning to accept, value, and sometimes flex toward the styles of others will help you get along and work better with everyone.

Originally posted in 2008 and updated regularly. Rita Milios is a psychotherapist and author from Hudson, Fla. She writes and speaks on education and behavioral health topics.