Use PTO Experience To Get a Job 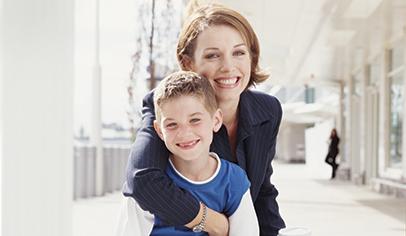 The skills you develop as a parent leader and school volunteer can give you an edge when going back to work.

Although she has a master’s degree in business administration, it was Lisa Burrows Corrigan’s PTO experience that landed her a job recently. A stay-at-home mom since the birth of her third child, Corrigan was hired to work with a summer precollegiate program at a university near her home in Corvallis, Ore.

“One of the things that convinced the woman who hired me was that I had coordinated so many volunteers before,” says Corrigan, whose efforts for the parent groups of her children’s schools began with a stint as the “box tops lady.” She later worked as chief of fundraising, chaired other committees, and served as treasurer and then president. That experience also helped elect her to a four-year term on the Corvallis School Board. “The public felt that here’s a woman who gave nine or 10 years to the school district volunteering and was willing to take it to a higher level,” she says. “They could see that I had already invested a lot in our school system.”

As Corrigan’s experience illustrates, the leadership and organizational skills developed in the PTO can set you apart in the job market and beyond. While all those hours may have been given unselfishly for the good of your children and your community’s schools, there’s nothing wrong with touting accomplishments when you’re ready to return to a professional career, advance further in your field, or seek elected office. Even such high-profile women as U.S. senators Patty Murray of Washington and Lisa Murkowski of Alaska have spoken of their experience as PTA presidents.

Like Corrigan, David Works credits his parent group background for a successful bid for the Franklin (Wis.) School Board. “As I went door-to-door, I referenced the fact that I was just completing the second year of my PTA presidency,” he says. “People knew that there’s a parent who’s going to know firsthand what’s happening in the school and the classroom.”

Works first got involved in the PTA through the grants committee; successes included a $4,000 grant for science equipment, mini-grants from a professional association, and a technology grant from his employer. Those accomplishments led to the presidency, which in turn led others to encourage him to seek an open seat on the school board. “Once you’re in a position like the PTA, you’ve got visibility, with people in administration asking for your involvement in other areas,” he says. “It’s all tied together.”

When Sharon Lang ran for the Palmyra-Macedon (N.Y.) Board of Education, a voter asked about her accomplishments during eight years as a PTO president. Lang talked about the group’s dismal membership and the tensions between parents and teachers and how she helped turn things around. “We built membership from three to 25 or 35,” she recalls saying. “Teachers are more involved. There’s mutual respect.” Lang is convinced that her PTO experience was a factor in her victory.

If you’re in the job market, list your PTO accomplishments on a resume just as you would professional experience. “Anytime an employer can see that there was substantial responsibility in any organization—especially one that touches the heart like a PTO—they take a second look at those people,” says Ann Montgomery, a former PTO leader who now works as a recruiter in Vienna, Va. Leadership and negotiation skills are particularly valuable. “Employers look for experience where you’ve run committees or where you’ve had to sell to other parents to get them involved in the organization,” she says. Her own resume includes 10 years of what she calls “heavy-duty” volunteer experience at her son’s schools. She listed the years she served, the names of the schools, the particular roles she filled, the sizes of budgets she managed, and the software and communications skills she used. One example mentioned is a reception she chaired that involved 40 volunteers and fed 500 people.

For someone who opts out of the work force to raise a family, such entries also help fill in spaces. “Employers hate gaps,” Montgomery says. “They’re very linear people on the whole, so explain exactly what you’ve been doing and when.” She emphasizes, however, that volunteer experience on a resume should be substantial and involve real responsibility and leadership, not just participation.

Cathy Ingrasci, a former PTO president in Wyckoff, N.J., who has developed an adult education course for how women returning to the work force can market themselves, suggests matching the skills to the job you’re seeking. For example, even though her background was as an international account manager in marketing for IBM, her experience with the PTO was more relevant to show her ability to keep information confidential when she applied for a job assisting a school guidance counselor.

To think about how to market your PTO experience, start with the description of your position, if one exists. Reflect upon your responsibilities, from planning a project, communicating with parents, and getting people excited about a project to soliciting volunteers, publicizing an event, managing money, using computer software, chairing meetings, and dealing with problems that arise. Think about how you instituted changes, made improvements, and evaluated an activity’s success. Emphasize results: the amount of money made, the programs or equipment funded, the number of volunteers who participated, the number of people reached, and the increases over the previous year.

As Rika Warner looks for a job as an office manager, she is planning to emphasize her three years as a PTO president in Milwaukie, Ore. To show her ability to achieve results, she’ll talk about how she started an auction to pay for an outdoor program at a very poor school. The creative auction items, including opportunities for kids to go bowling or take guitar lessons with teachers, helped raise $11,000. To show her ability to manage clashing personalities, she’ll talk about the conflict that erupted over money at the end of one year and how she got a healthy dialogue started at the final meeting by removing the tables and getting everyone to sit in a circle to discuss the problems.

In Vienna, Va., Jan Pascoe says that she and her fellow PTO volunteers often talk about how to communicate the value of their experience to potential employers. “It comes up all the time,” she says. “It seems like all my friends are going back to work. We always laugh and say ‘I’d hire you. I know what you’ve done.’ But sometimes it’s hard to get back in the work force. You have to explain those years not working.

“That’s where the PTO leader has such a gold mine to draw on, to make clear that ‘No, it wasn’t the events I did that were important. It’s the leadership.’ They have to sell themselves,” she says. “Employers can get anybody who’s got book knowledge or a degree. It’s the experience drawing together a team that gives you the edge.” 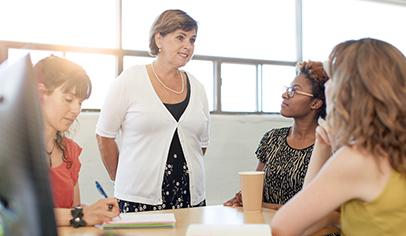 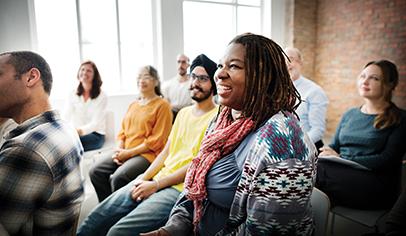