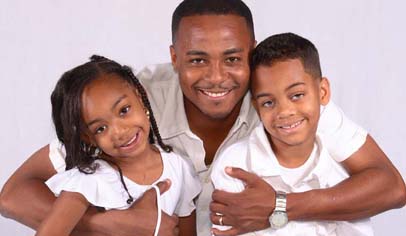 You can get dads connected and volunteering. It just takes a concerted effort and a different approach than you use for moms.

The time fathers spend with their children has doubled over the past 40 years, according to a 2006 book published by the American Sociological Association. Across the country, fathers are providing more child care, helping with homework, and supervising extracurricular activities. So why, despite years of trying to involve more dads, do so many parent groups still look like moms’ clubs?

Simply put, dads are different. The tried-and-true methods that have brought moms to PTO meetings for years may not work for dads, and groups need to adapt to more fully engage them.

The first step is to ask dads to be involved, says Don Womack, who led a successful campaign to sign up 100 dads as PTA members last year at Samuel Morgan Elementary in Kaysville, Utah. Womack went out of his way to ask people to participate, promoting the drive on local radio and television stations. The school also received notice in the Deseret Morning News, one of the largest papers in the state. “We kind of had this misconception that being involved with the schools is just for the mothers,” he says. “I felt that if people were invited and asked to participate, they would do it.”

The membership drive was a success, and it shifted the 300-member group’s demographics from about one-tenth male to about one-third male. Fathers now help set up and run the school’s annual “block walk” fundraiser and respond to calls for volunteers, he says. “Just let the dads know that you want them and need them and they can help, and they’ll be there,” Womack says.

His wife has been active in the PTA, too, and served on the executive board for two years. Although involvement by all parents is important, Womack suggests that students really respond to having fathers in school because it’s something they see less often.

“Just by being in school,” he says, “it inspires your child and other kids.”

Michael Collier never had any doubt that he would be involved in his children’s education. A former teacher, the father of four is serving his third term as a PTA president and was recently elected to the Newport-Mesa Unified School District board of education.

“I’ve always been involved in my kids’ lives, so it was a natural step to be involved in the PTA,” says Collier, president of College Park Elementary PTA in Costa Mesa, Calif.

Last year, Collier and his wife coordinated the membership drive and encouraged couples to attend PTA functions together. “In our area, both parents work, so it’s equally difficult for a man or a woman to be involved,” he says. “Parents just have to find the time.”

At some schools, however, the perception remains that the parent group is just for moms. To communicate that fathers are encouraged to participate, make appeals directly to dads instead of to all parents. Research by the National Center for Fathering in Kansas City, Mo., has shown that fathers respond more quickly to the word “dad” than to the word “parent,” says Amos Johnson III, the center’s director of educational programs.

Rich Linden worked to boost fathers’ involvement during his tenure as president of two PTAs in Overland Park, Kan. He found that the best way to involve dads was to ask them to take on a defined project or to hold events specifically for dads, for example by setting aside times for work to be completed by men. However, it’s important to emphasize that tailoring programs for dads is about making them feel welcome and doesn’t mean excluding moms. “Dads should automatically jump and say, ‘How can I be involved?’ but they don’t. It’s just reality,” Linden says.

One way to make sure dads know they’re welcome is to address correspondence to both parents by name or indicate that the information is for both moms and dads. And take advantage of a valuable resource—men who are already involved—by asking them to invite other fathers. Collier agrees that dads are the best people to use as recruiters: “Once one dad gets involved, other dads get involved.”

Fathers may be a more frequent sight in school hallways, but in many schools they’re still noticeably absent from parent group meetings. A year after Womack’s campaign to recruit dads at Samuel Morgan Elementary, plenty of fathers volunteer for the PTA but few come to meetings, says Harry Bakken, membership vice president. He’s found that dads are more likely to get involved if they can contribute to a project that has clear beginning and end points.

“If they feel like they have to go to two or three meetings, no, they don’t want to do that,” Bakken says. “If everybody feels like they’ve got a job to do, they’ll show up and do it.”

Womack and Bakken remain the only men on the board and have grown accustomed to being in the minority. Both have flexible job schedules that allow them to visit the school during the day, but many parents don’t. That’s why dads’ clubs have formed all over the country.

Dolphin Dads, an after-work club, formed in 1994 at Apollo Beach Elementary in Florida. Since then, the group, which is part of the PTA, has raised more than $150,000 for the school, primarily through an annual golf tournament that nets about $10,000. Until last year, the golf tournament was the PTA’s only fundraiser. Dolphin Dads also support other PTA events, for example by grilling hot dogs and selling concessions at evening programs.

Although Dolphin Dads is part of the PTA, it doesn’t have a formal structure. Darren Bishop serves as an informal leader, maintaining the e-mail group and sending out messages and announcements. About 50 people are on the email list, and eight to 10 consistently show up to events, he says.

“One of the first things people ask is if this is something where they have to come to meetings,” Bishop says. Meetings aren’t required, but dads might want to go anyway. The group meets in the evenings at a local pizza place, where they find time both to socialize and attend to business.

When dads ask about meetings, he reminds them of the words on the group’s promotional flyer: Whoever has the time to help is welcome, no strings attached.

Beyond the Tool Belt

Despite the great shifts in gender roles in recent decades, in some places the stereotype persists that moms run the parent group and dads do the heavy lifting. While many dads enjoy grilling hamburgers and landscaping school grounds, parents and school staff alike should recognize that fathers have much more to give.

To engage fathers in meaningful ways, welcome them equally in social and academic settings, says Johnson of the National Center for Fathering. School staff, for instance, should be prepared to talk about homework and teachers with dads as well as moms.

Students gain a lot from fathers’ involvement, too. The National Center for Education Statistics reported that when both parents are involved in children’s education, those students tend to get better grades and are more likely to enjoy school.

“PTAs and PTOs are on the frontlines of the challenge of improving student achievement,” Johnson says, “and they need to see that father involvement is part of the solution.”

Through the organization’s Watch DOGS (Dads of Great Students) program, dads at almost 500 schools in 38 states spend at least one day a year helping out at school. Fathers provide extra security at the schools, eat lunch with their children, and help out in the classroom and on the playground, among other tasks.

For his part, Womack has always felt welcome, even when he was the only man on a field trip or in a session at the state PTA meeting. He recalls a mother who volunteered frequently when he was in elementary school, and he has always wanted to do the same for his son.

Although he’s been involved in the PTA at every level, his favorite ways to pitch in at school are reading to a class, assisting a teacher, or aiding students with their work. Two years ago, when his son was in third grade, he came to school each Friday an hour before dismissal to help in the classroom.

In general, many dads would rather sign on for a short-term project than chair a committee. At Apollo Beach Elementary, for example, dads have been enthusiastic about small projects they can tackle in a few hours on a Saturday morning. “We have workdays around the school that are really just raw manual labor, and they’re one of the things we can get a lot of guys excited about,” Bishop says of Dolphin Dads.

Although the group raises most of the PTA’s funds, Dolphin Dads is really about allowing more dads to meet one another, Bishop says. Fathers get together at low-pressure events and find common interests, and then come back to school events knowing they’ll see some familiar faces.

Bishop works with school administrators to identify projects for the quarterly workdays. He recommends that groups take on small but highly visible projects so the men, and the rest of the school community, can see tangible results of their work. The contributions of the small but dedicated group of dads are visible throughout the school in the form of computers, supplies, or physical improvements.

“You can walk around the school and look in every classroom and say, ‘If it wasn’t for what we did, none of this would be here,’” Bishop says.

Originally posted in 2007 and updated regularly.

# Jason Ross 2012-01-02 03:16
Very good read. I'm glad you mention that you shouldn't "chastise" for lack of involvement because I think many dads are afraid to make a mistake if they get involved. I recently posted an article about innovative ways to get dads more involved and thought you and your readers would enjoy. http://www.ordinaryparent.com/fatherhood/innovative-ways-to-get-dads-more-involved/
Refresh comments list
RSS feed for comments to this post