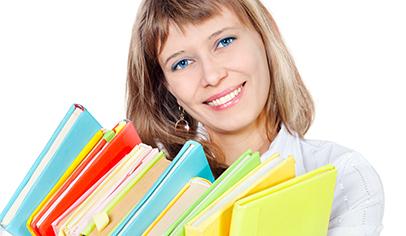 Could you be a micromanager? If so, you're probably limiting involvement in your group. Here's how to lighten your grip without having everything fall apart.

The carnival committee is scheduled to meet at noon. Allison isn’t technically a member this year, but she organized the carnival in the past. Even though she has handed over all her notes and binders, Allison figures she’ll just drop by in case anyone has questions.

As the meeting progresses, Allison eases her way from the sidelines into the driver’s seat. She starts leading the agenda. She makes decisions. She overrides the committee chairwoman. She personally takes on all the tasks. By the time the meeting is over, the other volunteers aren’t sure who’s running the carnival: the committee or Allison. This shift in control doesn’t necessarily mean that the committee is weak. But it has just been taken over by a micromanager.

Maybe you know an Allison. What if you are an Allison? In your enthusiasm and well-meaning helpfulness, you might actually be squeezing out potential PTO volunteers and future leaders. It’s possible that you could be a micromanager and not even realize it.

Micromanagers can be found in every parent group. Out of necessity, new groups are often built by micromanagers. With no established base of volunteer support, these leaders must handle every detail of every project to get the PTO off the ground. Larger, more developed PTOs can also attract micromanagers who are drawn to the opportunity to run challenging, complex projects. By their nature, micromanagers are simultaneously both leaders and worker bees.

On the plus side, the micromanager gets tons of work done. She’s at every function and knows every detail of every PTO project. Many people admire the micromanager’s dedication to the job. Often, she’s the natural choice for president. Her experience and work ethic should be an asset to the group. Unfortunately, the micromanager is so busy juggling dozens of details that she doesn’t have time to orchestrate the big picture. She is so focused on doing things herself that she isn’t developing the skills of other members, especially the newer ones. This can be a great risk for the PTO because when the micromanager leaves, all her experience leaves with her.

Everyone knows the micromanager could practically run the group by herself, and most people can’t match her intensity. They might even avoid volunteering for fear they will be expected to devote just as much time as the micromanager. Perhaps they volunteer to chair a PTO project and find out later that the micromanager insists on doing every task herself, from high-level planning to buying the crepe paper streamers. Either way, a micromanager can make it tough to recruit and retain good volunteers. She risks alienating other eager members who quickly realize their role in the PTO will be limited to cleanup crew.

Delegating leadership is hard, especially if your group’s volunteer corps is relatively inexperienced. No one wants to hand off a pet project only to watch it founder in the hands of a neophyte. There’s a fine line between giving good guidance and micromanaging, however.

If you have a few micromanaging tendencies, don’t take offense. You’re probably the hardest worker in your PTO. Your challenge is to pull out of the minutiae and use your experience to develop the group and its future leaders. There are ways to do that and get things done, too.

Use these strategies to help you ease out of the trenches and into the role you’ve earned as PTO leader extraordinaire.

Step back. Take a deep breath and trust your colleagues. You know you get involved because you love being a part of the PTO. But if your hand is in the middle of every task, other PTOers might interpret your enthusiasm as a sign that you don’t really trust them to do the work themselves.

Define expectations. For any project, make sure the committee chairperson knows both the goals and the criteria that define success. Everyone involved should understand the scope of their role. How much latitude does the committee chair have? How often should she report to the board? Will an officer attend committee meetings? Who makes the final call on critical decisions? If the chairwoman gets started on the right track, there will be less temptation for the micromanager to take control later on.

Manage for success. Train and oversee your committee chairpeople rather than dictating their every move. Make sure the people running your group’s projects have the information and tools they need to do the job. Also make sure they know where to turn for advice when needed.

Share the load. Define meaningful work for your volunteers where they can feel they’ve made a personal contribution to the success of the PTO. Delegate the important stuff, not just the grunt work. This may be difficult in the short term, but it provides significant long-term benefits.

Focus on the finish. Manage results—not methods. Not everyone will do things exactly they way you would, and that’s OK. You should care that the carnival food committee stays on budget, but it really shouldn’t matter whether the food comes from Costco or Sam’s Club.

Create a timeline. If you’re worried about a project’s success, set up specific checkpoints with the committee chair. For example, you might plan to meet monthly at first, then more frequently as the event draws closer. This way, the two of you can review major points and catch problems before they erupt. As an adviser only, you won’t appear to be making every little decision and you’ll allow the chairwoman to retain her role as project leader.

Enjoy the results. It’s not easy to let go when you’re a natural micromanager. But if you ease off a bit, your PTO members might surprise you with their talents, skills, and dedication. In the long run, the parent group actually will be more effective. Your group will get done more than ever before. You will build future leaders who will ensure that your good work continues long after you and your children leave the school. And you, for once, will be able to skip a carnival planning meeting without a second thought.