Are You a Leader or a Manager? 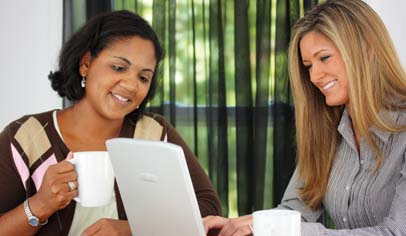 Good leadership and effective management call for different skills. Depending on the situation, you'll need to decide which of those skills to employ.

Leading a parent group requires a unique balance of skills. A leader often needs the personal charisma and big-picture perspective of a visionary. At the same time, she must be an efficient manager, willing and able to oversee the implementation of the group’s strategies. If both sets of skills aren’t present, leadership can falter.

For example, a woman named Dolores was excited to be elected president of her PTO and was eager to implement her ideas. Her goal was to get the group moving again following a somewhat stagnant year. During her first meeting as president, Dolores outlined plans for several projects that she had formulated over the summer. She distributed handouts that explained her strategies clearly and in great detail. She solicited volunteers to join committees so that her plans could be carried out. But several months later, Dolores was disappointed to discover that her committees had made little headway. They seemed to be spending too much time talking about her ideas rather than acting on them.

The foot-dragging by the fundraising committee especially perplexed Dolores because Lenora, the chairwoman, was so enthusiastic. She had the personality of a cheerleader and was quick to encourage and inspire any PTO member whether that person was on her committee or not. Any time a member felt overwhelmed or unappreciated, Lenora was there to give them a pep talk and remind them of their talents and importance to the group. If anyone could rally the troops to get a job done, it would be Lenora.

Dolores’ dream of being a model PTO president may have been sidelined because she failed to fully understand her position as leader of the group; in creating her strategic plan and outlining the steps to see it through to completion, Dolores was acting more like a manager than a leader. Her ideas were probably good. Her plan was most likely workable. The problem was that she had failed to present her plans as a vision, then obtain the necessary buy-in from the group before making assignments.

No one likes to be handed orders. Especially in a volunteer organization like a PTO, it is necessary for leaders to inspire participants so that they feel motivated to achieve the vision the leader sets forth and so that they share the leader’s desire for a specific outcome.

Instead of issuing orders to volunteers, Dolores should have taken the time to build support for her ideas. People often resist change, and it’s the job of a leader to help them see how new ways of doing things will benefit the group. She also should have asked for input from the group and listened to their ideas before deciding on a course of action. The volunteers would be more likely to support Dolores’ plans if they felt they had agreed to them rather than simply being told what to do.

While leadership contains within it elements of management, it is important to know the differences between them as well as when to use each set of skills. Leaders are responsible for setting and holding an organization’s larger vision. Managers are responsible for seeing that the pieces of the larger vision are implemented in concrete ways. Some situations call for a leader; others call for a manager. Some call for a leader/manager combination.

Dolores made a mistake that is common to many who take on positions of authority and leadership for the first time: She focused on the management role. To be effective, a person in authority needs to provide both leadership and management, advises John Baldoni, a leadership communications consultant. “It’s been said often that managers administer, leaders inspire,” he writes. “This is true, but you cannot really be effective unless you do both.”

Dolores may, in fact, have the qualities of a great leader. But she has been so focused on managing the work of the group that she has either forgotten or neglected the leadership skills that are also a part of her job as PTO president. Lenora has the enthusiasm, energy, and personal charisma to be a leader, but she apparently lacks the vision and management skills to direct her group toward their goals in an effective manner. So while Lenora has some leadership qualities, she does not have all that she needs to be a true leader.

Essentially, the job of a leader is to create a vision, establish overall goals related to the vision, and show the way and influence others to move in that direction. The job of a manager is to communicate that vision to the people she is in charge of, plan and implement the interim objectives that lead to the overall goal, and support those for whom she is responsible as they implement the plans (providing direction, training, encouragement, feedback, and so forth, as needed). The best leaders and managers take time to convey their visions and get others on board with their ideas.

Many managers and even leader/managers must work in the trenches along with their team, especially in volunteer organizations like PTOs. The key is that everyone—those in charge as well as those who are being led or managed—need to know at all times who is actually in charge. And when a situation calls for a leader, a manager, or a leader/manager combination, the person in charge needs to be able to step out of the trenches and take on the position of authority with confidence and skill, helping the group work together to reach common goals.

How Leaders and Managers Are Different

Situations That Call For a Leader/Manager

# Deborah 2010-12-08 15:38
The information I found in your article "Are You A Leader Or A Manager" on How Leaders And Managers Are Different provided me with an apperciation of my leadership abilities. I will continue sharing with our parent community our districts' vision of how increased parent engagement and family involvement will have a positive impact on our students desire to learn more and show the application of what they have learned to the world.
Refresh comments list
RSS feed for comments to this post